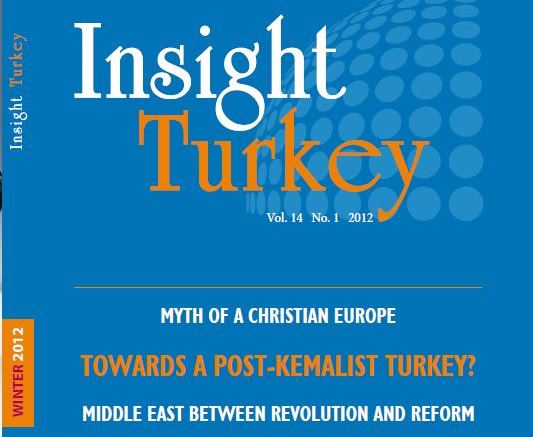 However, despite some skepticism expressed here and there democratic experimentation has already started in the post-revolutionary Tunisia and Egypt with elections taking place without claims of fraud. The results have confirmed the expectations that pro-Islamic political parties would perform well at the ballot box. In Tunisia the Ennahda, led by Rashid Ghannushi, and in Egypt the Freedom and Justice Party, an offspring of the Muslim Brotherhood, both received around 40 per cent of the votes, well ahead of their opponents.

It appears that the Arab Spring has presented an opportunity for Islamists. Yet, I think it also places a test before them. How they perform will determine the prospect for competitive politics in the Arab world.

Used to being excluded and oppressed by authoritarian regimes in their countries Islamists will now have to withstand the test of power. Once in power will they remain committed to and respectful of democratic institutions and processes? If we can say “yes,” then, the Islamists will disprove the old Orientalist cliché that under an Islamist government it will be “one man, one vote, one time.”

It is indeed a challenge for Islamists to adapt themselves to the new circumstances of power and responsibility. Political Islamism was popular as an opposition movement. As such,they could freely criticize the regimes without having to offer alternatives to solve the problems of the people. With the Arab Spring the Islamists now face, at least in Tunisia and Egypt, a new reality.

They have been freed from governmental oppression. Now they are in a position to express their ideas and appeal to the masses with a positive agenda, not just a series of criticisms directed against the ruling regimes, as in the old days. So, they have to develop reasonable programs and come up with sensible projects to address their countries woes. They must move beyond merely criticizing their authoritarian regimes and asserting that “Islam is the solution.”

Thus, the Islamists in the region face their first serious challenge. Will they be able to deliver what they promise? This is the question. In the opposition they could be radical and uncompromising. When they are in power, whether governing by themselves or sharing this duty with others through coalition governments, the political terrain will look fundamentally different. Responsibility in government requires meeting demands and delivering services. What is also bound to change under governmental responsibility is the radicalism of the Islamists because the search for producing services will make them more pragmatic and force them to compromise.

This is so because people who bring the Islamists to power will not be satisfied by radical rhetoric; they will ask for concrete achievements, improved services, more freedom, and a better life. After all these were the motives behind the revolutions.

So, as the Islamists get closer to forming governments through democratic means, which is the case in Tunisia and Egypt, they must moderate their discourse, embrace non-Muslim social groups, and appeal to the West.

In this context the performance of the Justice and Development Party (AK Party) of Turkey can potentially be very instructive to the Islamist movements in the region. They should study and understand the AK Party’s transformation into a post-Islamist political entity, which enabled it to win three consecutive elections in Turkey.

The success of the Arab Spring will be measured by the extent to which people’s power is institutionalized in the form of democracy. This requires integration of the Islamist movements into the democratic process, which in turn requires that the Islamists transform their political language and strategies to adopt the democratic “rules of the game.”

These and other issues of “transition” like drafting a new constitution, regulating civil-military relations, and managing regional politics in a new environment will be discussed in Insight Turkey’s Second Annual Conference to be held in Cairo on January 29 and 30, under the general topic of “Debating the New Middle East.” In the Cairo conference we will also be launching an Arabic edition of our journal, Rouya Turkiyyah. Thereafter, analyses published in Insight Turkey will be accessible to Arabic speaking academics, intellectuals, and professionals. We hope Insight Turkey with its English and Arabic editions will continue to contribute to the accumulation of knowledge and analyses on Turkish politics and regional developments.