Terror and Tolerance: A Review of Leaving Without Losing: The War on Terror After Iraq and Afghanistan

Americans are in the middle of an election season, and even though American democracy is imperfect, there is little doubt about the importance democracy has in American political culture, a unique culture because it is not based on race, culture, ethnic or religious status. American political culture or the American nation is based on three pillars that have been codified by historical documents and laws: popular sovereignty, the rule of law, and tolerance. Although America has a diverse population, the ideals of the American nation and the structure of the sovereign state are compatible.

Americans are in the middle of an election season, and even though American democracy is imperfect, there is little doubt about the importance democracy has in American political culture, a unique culture because it is not based on race, culture, ethnic or religious status. American political culture or the American nation is based on three pillars that have been codified by historical documents and laws: popular sovereignty, the rule of law, and tolerance. Although America has a diverse population, the ideals of the American nation and the structure of the sovereign state are compatible. Since the American Civil War and the resulting supremacy of the national government over the state governments, the average American pledges allegiance to both the nation and the state. This is possible because of the secular nature of the state and the protection of minorities through the rule of law and the respect for other’s liberty and tolerance. American leaders and everyday Americans share a belief: given a choice, the average person would choose to live under an elected government as opposed to a government imposed on them. This is why the failure of American efforts to export democracy to the rest of the world and particularly to the Middle East is puzzling to most Americans.

Mark Katz’s book Leaving Without Losing contributes to trying to analyze this failure and describe the lessons Americans should learn to design productive policies to address the challenges of the future. Professor Katz’s work is insightful and his discussion of America’s counter-terrorism policy is useful. In the beginning of the book he defines terrorism and analyzes the differences between President Bush’s policies and those of President Obama. Despite the politics of the season, Katz’s perspective should leave partisans on both sides amazed by how similar the two presidents’ responses to the attacks on September 11, 2001 have been.

Since the attacks, there have been many books written on the War On Terror, but what makes Leaving Without Losing unique are two characteristics: first, is a discussion of the political structure of some of the states in the Islamic world, including Turkey, Pakistan, Egypt, Afghanistan, Iraq, Lebanon, Syria and Indonesia. Katz illustrates how democracy (either home-grown or imported) can dramatically change the ruling elite and the resulting political structure of the state. The second issue is the development of a historical analogy between America’s experience during the Cold War, particularly after the Vietnam War, and applying these lessons to the recent draw down of American troops in Afghanistan and Iraq.

While I appreciate the discussion Katz introduces, there are two key components to the equation that Americans missed when they developed policies which exported democracy during the first ten years of the War on Terror and are also missed in Leaving Without Losing. This is that the sovereign states in the Middle East do not represent the people or the nations living in those states, and because of this the Cold War analogy will not hold. Furthermore, the connection between democracy and liberty was not considered, and the lack of liberty and tolerance to protect individuals from government, and the minority community from the majority community, is an element that makes democracy possible. This inability to impress on the Iraqis and the Afghanis the importance of liberty has contributed to past failures and will contribute to the failure of an American policy based on the experience of the Cold War in the future unless it is addressed.

Katz’s analogy with the American withdrawal from Vietnam during the Cold War and the American withdrawal from Iraq and Afghanistan on the surface seems to make sense; however, I contend that there is a difference in the political structures of the states involved that shows that this analogy should not be applied. The states in the Islamic world (with the exception of Turkey, Iran and Egypt) do not match with the nations they represent. The states involved in any conflict during the Cold War, especially in Asia (China and Taiwan, North and South Korea, and North and South Vietnam), had divided states but the people inside the nations were unified on the issue of identity. If you ask a Chinese, Korean or Vietnamese person they will say they are part of one people divided by the different states. This is not the case in the Islamic world.

Unfortunately, a modification to states identifying with their nation usually comes from armed conflict. The artificial states that have been erected in the Islamic world will have to be modified in order to have the demographic realities on the ground reflect the political structure of the sovereign states in the region. This in turn will make an effective international response possible and mitigate the human suffering this process entails. This is unlike the conflicts during the Cold War, especially in Asia where the conflicts were on who would control the state within an ethnic or religious group. The fighting we see today between different ethnic and religious groups is about the control of both the nation and the state. The widening of the Shi’a and Sunni conflict supported by Iran and Saudi Arabia and being played out in Syria, Lebanon and Turkey is an example of the different nature of the conflict in this era as compared to the Cold War.

I agree that the effort to export democracy to the Middle East was a poor idea. It was a poor idea because the proponents of this policy failed to realize a basic difference between the West and the Islamic world. In the Islamic world the individual does not reign supreme. A person’s identity may be layered in a religious, ethnic or political dimension. Americans saw this when basic questions of individual liberties and human rights were debated during the writing of the Iraqi constitution. The people who are going to be displaced by democracy have to be confident that there will be no retribution. Nor will there be any state action against the culture or practices of minority communities. Thus, the state has to be secular.

Mark Jurgensmeyer in his book The New Cold War? Religious Nationalism Confronts the Secular State shows that religious fundamentalism is basically religious nationalism. Therefore, unlike during the Cold War (where we should have recognized the difference between Moscow and Beijing much earlier) Americans should not take sides with the different religious groups in the conflict. Instead, America has to recognize the importance of secularism and support state structures that neither give fear nor favor in the practice of religion.

Secularism and the institution of democracy and tolerance need to be the criteria used by Americans in order to form new and effective policies concerning the Arab Spring and Jihadist terrorism. Mark Katz’s book Leaving Without Losing is an excellent start to a fascinating discussion on America’s policy as we enter the second decade on the War on Terror. 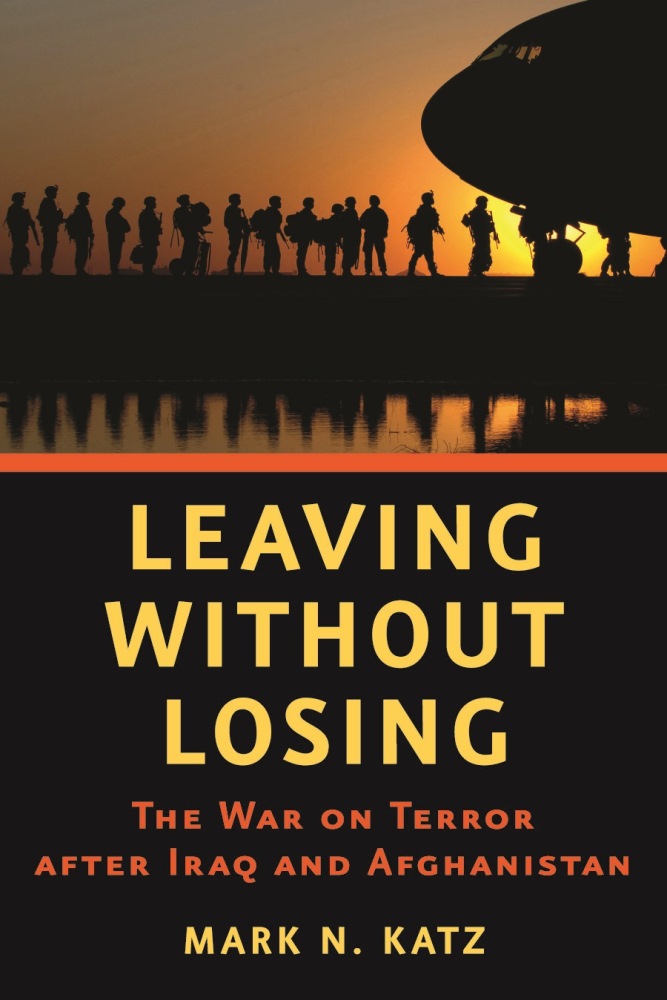