Perhaps the most important shortcoming of the book is its lack of a theoretical framework. Thorpe conducted his fieldwork with great effort, spending four years in the field, and he successfully conveys his experiences to the readers. From an academic viewpoint, the lack of a theoretical framework through which to interpret this fieldwork is a fair criticism. However, when it is considered that the author is not an academician but rather a journalist, this lack may be acceptable. Despite this potential shortcoming, The Road Before Me Weeps makes a precious contribution to migration literature, as well as the literature of political science, international relations, and sociology. It deserves the attention of academicians, policymakers, and anyone interested in the sociology and politics of refuge issues.

The Road Before Me Weeps, written by BBC correspondent in Budapest Nick Thorpe, traces the stories of migrants and refugees coming from the war-torn countries of the Middle East and North Africa (MENA). The book tells the stories of refugees using the Western Balkan route, the preferred route from Turkey to Western Europe between 2014-2018. Thorpe details the experiences of the refugees on the road, the assistance and the hostility directed at them, and their failures and successes as they strive toward a life of peace and security in Western Europe. The author ingeniously blends facts and emotions, thanks to his recurrent visits to the fields, forests, refugee camps, villages, and towns where refugees rest or hide from officials. Thorpe’s conversations with these travelers allow readers to witness the harsh living conditions to which they are exposed in their home countries, the conditions that make their decision to flee the country in which they were born unavoidable, their failed attempts, and recurring efforts to cross borders and seas, despite knowing that the possibility of death may await them at the end of the road.

The book unfolds the policies around the refugee influx to Europe and the experiences of the refugees along the Western Balkan migration route between 2014-2018. With a focus on the political atmosphere and the policies of European countries regarding the refugee influx, The Road Before Me Weeps may be summarized according to its main themes. Between 2014 and 2018, approximately 3.7 million people claimed asylum in European countries; the sudden influx of immigrants exceeded the capacity of both transit and target countries. Brexit and Donald Trump’s campaign for presidency occurred exactly at this time and were in part the result of concerns about immigration. After 2014, under the Dublin procedures, the system that allowed the target country to send refugees back to the country through which they had first entered European territory became unworkable. The refugees objected to being deported to these countries, and the countries themselves refused to welcome them. Complicating matters further, particularly after the July 15 coup attempt in Turkey, the readmission agreement that had been reached between the EU and Turkey was not working as efficiently as planned. The refugee influx caused a deadlock in the system and, as a result, each country created its own national policies to deal with the refugee crisis without consulting the others. In this sense, the European Union is not a union anymore –at least in terms of how to respond to this crisis.

Germany’s chancellor Angela Merkel and Hungary’s prime minister Viktor Orban represent the two poles of attitude toward the migration issue and Europe’s asylum policy. Hungary saw the mass migration as a threat to the security of both Hungary and Europe due to the possible link between migrants and terrorism and viewed the refugee influx as an economic issue rather than a humanitarian crisis. The argument was that if they were refugees fleeing from the war, they would stay in Turkey or other neighboring countries where they could live their lives in peace. Thus, those seeking asylum in Europe were categorized as economic migrants. In this scenario, the best solution to stop migration and to protect Hungary and Europe’s external borders were seen as building walls and fences at the borders –a practice reminiscent of the Cold War years. Orban responded to such criticisms by stating that “the new Iron Curtain is for us, not against us.” (p. 135).

In contrast to the Hungarian stance, Germany interpreted the refugee influx as a humanitarian crisis and urged Europe to deal with this crisis without forgetting humanitarian and European values. Merkel announced that those people would get refugee status, which is not surprising when their war-torn countries are considered. Thus, refugees are welcomed by Germany. However, since the burden of their integration exceeds the generosity of a single country, European countries must share the responsibility and create a collective response.

Obviously, fences are not real solutions: they can reduce the number of people coming in but they cannot stop them. Fences can function as an instrument for controlling borders in a limited way because “people can cut through or climb through or dig under fences” (p. 193). Furthermore, when European authorities limit the legal routes through which people can seek refuge, desperate people turn to illegal ways, resorting to smugglers who guide them across borders, risking their lives and making billions of euros in the process. Those smugglers are the cause of the influx, despite the increase of security precautions at the borders. They are an important part of the refugee problem and protecting refugees from them must be a crucial point for the solution.

Up to this point, the book focuses on the political climate of Europe in regard to the refugee influx. In addition to describing the political conditions in play, Thorpe includes a multitude of stories reflecting the miseries of the refugees. The Road Before Me Weeps is thus also a valuable oral history study; Thorpe visits many places on the migration route and collects preserves, and interprets the experiences and memories of the individuals and communities striving to escape war and seek refuge. While reading, you realize that those refugees are not just numbers or input data for statistical analysis. They are people dealing with miserable conditions while migrating; they come to face to face with death many times, and they never give up or return because they do not have a country to go back to. While reading their stories, you realize that the most terrible thing that can happen to an individual is to become a stateless person. Understandably, the book prefers a stance in favor of refugees and proposes a critical approach regarding the refugee policies of the European countries. Thorpe’s commentary on the different national policies and their failure to manage the refugee crisis is that if European countries do not solve this problem, European Union will end up dissolved (p. 226).

Perhaps the most important shortcoming of the book is its lack of a theoretical framework. Thorpe conducted his fieldwork with great effort, spending four years in the field, and he successfully conveys his experiences to the readers. From an academic viewpoint, the lack of a theoretical framework through which to interpret this fieldwork is a fair criticism. However, when it is considered that the author is not an academician but rather a journalist, this lack may be acceptable. Despite this potential shortcoming, The Road Before Me Weeps makes a precious contribution to migration literature, as well as the literature of political science, international relations, and sociology. It deserves the attention of academicians, policymakers, and anyone interested in the sociology and politics of refugee issues. 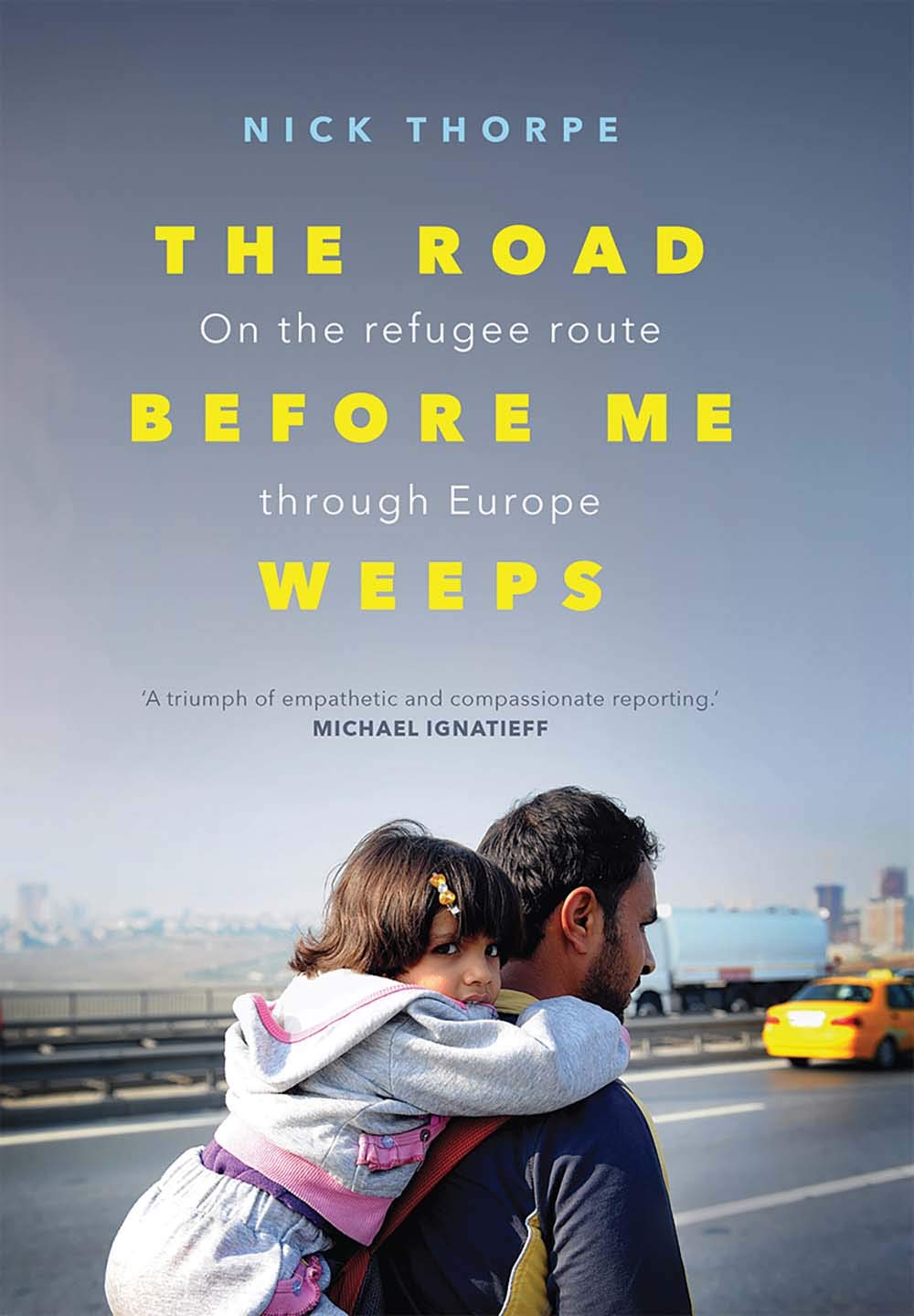