Freemasonry in the Ottoman Empire: A History of the Fraternity and its Influence in Syria and the Levant

The modernization attempts of the Ottoman Empire in the 19th and the 20th centuries were widely perceived as limited in the areas of military and the bureaucracy. However, transformation within the process of modernization in the structures of the Empire affected the general society as well. During this time, freemasonry came to be seen as a salvation formula for the survival of the state by local actors and the masonic ideas were adapted to compose a sense of unity in Ottoman society to resist against the deterioration derived from the weakening of the state authority.

Sommer successfully deals with the reasons why people were drawn to become members of the lodges. The aim of the book is to display the role of local fraternity and its development within the changes in socio-cultural life in the Empire. Adapting to new conditions encouraged a proliferation of “native” freemasons who belonged mainly to the upper and middle class. These new circumstances in turn motivated freemasons to produce a common goal to unite against the crises affecting their lands.

The book is divided into two parts. In the first three chapters, Sommer portrays Grand Bodies [referring to headquarters of the masonic lodges] which had been founded across the Ottoman territory while explaining the historical progress of the Ottoman modernization at the same time. Moreover, she considers whether there is a relationship between these lodges and their principles with their Ottoman counterparts. The next three chapters go into detail about the freemasons of Beirut, Mount Lebanon, Tripoli, and El Mina, and their different structures due to geographical settings.

In the book, Sommer elaborately analyses the situation of the Ottoman Empire in the 19th century, and provides an account of the appeal of the masonic lodges for the local people. The insecure situation in the Empire as a result of western imperialism, the search for national roots, internal disturbances, a challenging economic situation, military defeats and loss of lands, paved the way for a desire to gather under a single roof. Sommer estimates the attitude of freemasons as a hope to find a “common identity.” Freemason lodges benefitted from the turmoil in the Empire and offered solace, as they provide a utopic place where brotherhood, liberty, and fraternity could thrive.

Sommer uncomplicatedly defines the basic concepts, ideas, and principles of freemasonry. She also illustrates the masonic lodges in Europe and their ideological roots. The spreading of ideas of brotherhood, fraternity, liberty, and tolerance –especially after the French Revolution– affected and changed the principles of Europe. Prior to the Revolution, the Enlightenment period radically shook the authority of the Church and gave birth to new ideas within education, wisdom, and humanity. Masonic lodges in Europe were bearers of these new secular ideas which were far from the dogmatism of the Church. It should not be omitted that the freemason’s ideas were still dependent on Christian doctrine. In this regard, Sommer draws a comparison between Europe and the Middle East in terms of freemasonry and she suggests that the concepts that were disseminated with the French Revolution (Liberty, Equality and Fraternity) are welcomed in these lands. This comparison is highly efficient in terms of observing the ideological background of freemasonry in the West, its reflections on the land of the Orient, and how its concepts were adapted in the Middle East. Although the local people remained in between traditional values and the Western-Christian values at first, they adopted freemasonry’s new principles afterwards. For instance, freemasons managed to use the concept of brotherhood by relying upon the strong affiliation of kinship in the Arab and Ottoman lands. Prominent supporters of the new ideas included Jamal al-Din al-Afghani and Mohammad Abduh, who were both pro-reform in Islamic understanding and joined in the lodges.

Sommer elucidates the main masonic grand bodies in Europe and their extensions in the Middle East. The Grand Lodge of Scotland formed the initial lodges in Greater Syria. Later, the Grand Orient of France became dominant. The relation between the different lodges mirrors the differences in traditions and state systems. Colonial interests also played a role, such as serving French or British interests. Sommer cites Dumont in noting, “…the increasing number of lodges came as a result of a new trend towards European influence” (p. 77). Here, it is worth mentioning that Sommer portrays Arabs in these lodges as the main actors. It could be possible to think of Arabs as the practitioners of masonic ideas because of imitating the West regardless of the Ottoman westernization/modernization. In addition to this, freemasonry was a tool to spread western ideas, and can therefore be considered as part of a colonialist mindset.

In the book, it is clearly observed how geographical location affects socio-cultural structures. Sommer discusses the characteristics of Tripoli and Beirut. Because Beirut is located along the era’s trade routes, investment by European states turned Beirut into a world economy. Besides gaining favor with merchants, Beirut developed in the area of education, which resulted in French and British missionary activities. For instance, the Syrian Protestant College and Saint Joseph’s University were established for missionary purposes. In particular, the Maronites and Greek Orthodox population benefited from the French investment as a religious privilege.

One of the strengths of the book is Sommer’s clear explanation of why local actors preferred to get involved in the masonic lodges. She engagingly portrays the background of the period and the circumstances of individuals. Direct research of the freemasons is difficult, because the primary sources of the masonic lodges are closed to the external world. However, Sommer deals with this obstacle by conducting oral interviews with the relatives of members of the masonic lodges. Even though this method of research overshadowed the accuracy of data about masonic lodges, it can be said that such interviews at least allowed scholars to differentiate these data from conspiracy theories. This research method makes her work valuable. Another significance of her book is Sommer’s attention to individuals who were involved in freemasonry. This individualistic approach helps to interpret the characteristics of members from a different viewpoint. Instead of centering the masonic communities in general during her study, she rather embraces the aforementioned approach, which can be even regarded as an anthropological method. In the field of masonic lodges research, Sommer contributes an exceptional work by focusing on the Arab lands in the Ottoman Empire. 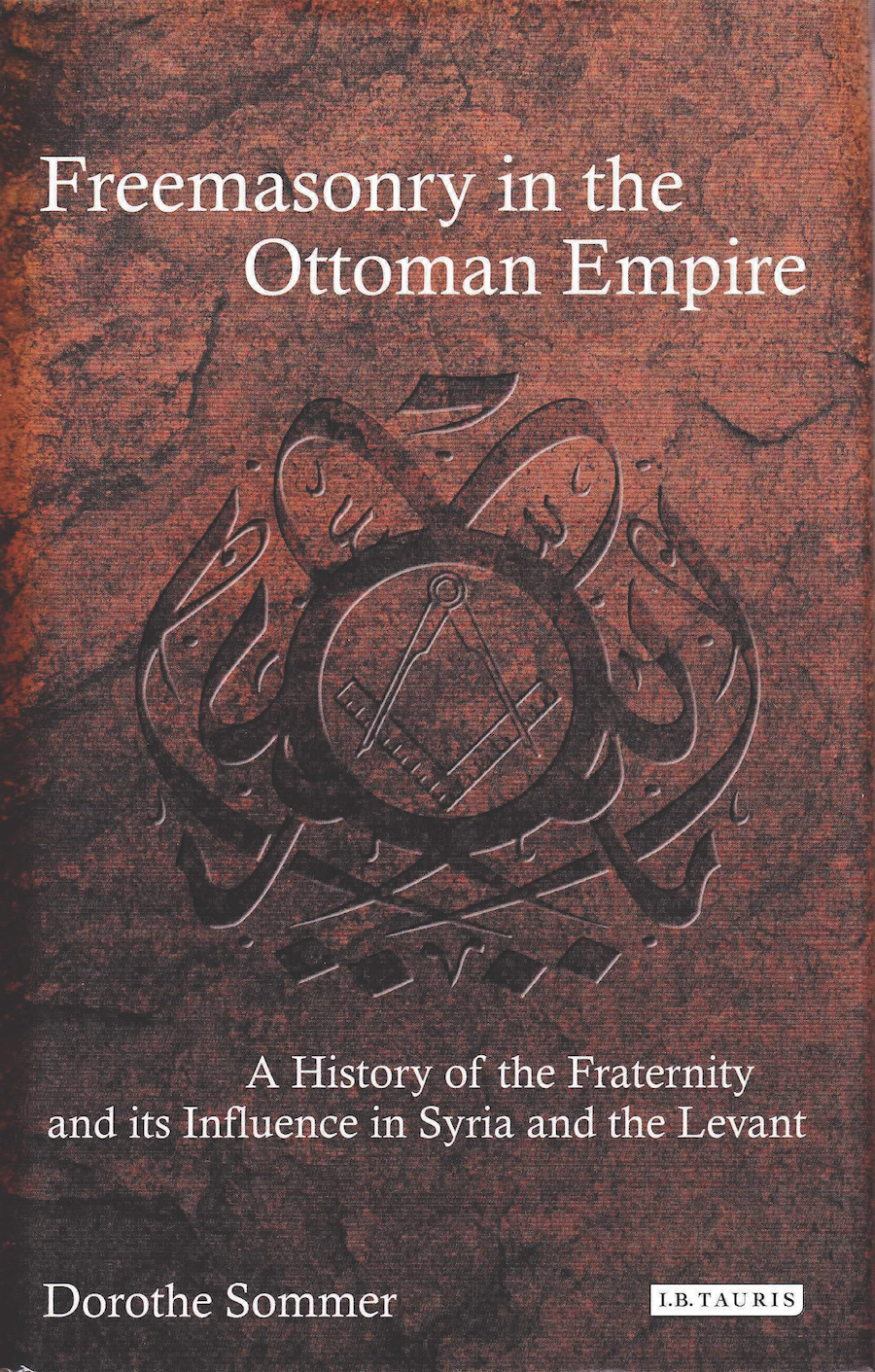