Reinterpreting Exploration: The West in the World

Edited by Dane Kennedy, Reinterpreting Exploration: The West in the World sets out to provide readers with multifaceted narratives on exploration with a focus on a broad intellectual agenda. In the beginning, there was the word; however as well as the word, there was also the immediate urge to explore. The content of the concept of exploration has changed, and it has been reinterpreted over time, but, finding its place in almost all fields of life throughout the ages, exploration has maintained its dynamism and importance and has not ceased to alter the ways in which people perceive the world.

Edited by Dane Kennedy, Reinterpreting Exploration: The West in the World sets out to provide readers with multifaceted narratives on exploration with a focus on a broad intellectual agenda. In the beginning, there was the word; however as well as the word, there was also the immediate urge to explore. The content of the concept of exploration has changed, and it has been reinterpreted over time, but, finding its place in almost all fields of life throughout the ages, exploration has maintained its dynamism and importance and has not ceased to alter the ways in which people perceive the world. Structured into two main parts and ten chapters, the volume provides the readers with enriching and comprehensive perspectives on how different parts of the world have been subjected to exploration by the West. While the first part traces these explorations’ connection to science and reiterates the intertwined relations between the two, the second part offers more thematic narratives based on specific territories including Russia, the Pacific, Eastern Africa, Central Asia, and Antarctica.

Throughout the volume, the contributors highlight the ways in which exploration and explorers have been attributed a mythic status through European historical experiences, since they signify Europe’s triumphal entry to the world stage in broad terms and have been regarded as a symbol of state power and national prestige in European countries, e.g. Christopher Columbus for Spain, Vasco de Gama for Portugal and Sir Francis Drake for England. The authors also associate the term ‘exploration’ with modernity in the European cultural imagination, which reached its peak with the Enlightenment. Thus, this term connotes scientific and technological achievement as a source of energy, enterprise, and inventiveness as well as state power and national prestige. Because of the challenges posed by various meanings of exploration in recent years, one objective of the volume is to reveal the epistemological foundations of exploration and to provide criticism of its ideological agendas while the second aim is to identify differences between explorers’ experiences and the ways in which they portrayed those experiences for public consumption. Besides these intentions, the overall objective can be stated as being two-fold in the sense that it both aims to summarize the issues informing much of the previous historiography on exploration and to trace the innovative and important lines of inquiry taking this subject in new directions in recent years.

The main strength of the volume is its offering of genealogical links between the pasts and presents of the spaces subjected to exploration. As each chapter unfolds and reinterprets various dimensions of exploration, the researchers and students to whom the volume is addressed might find useful links and clues for their further studies. Another strength is the possibility of tracking the precursors of post-colonial approaches to world history; for those who are interested in post-colonial studies the first chapter (pp. 27; 32), second chapter (pp. 44; 49); the third chapter (pp. 60; 62) as well as the territorially-constructed chapters of the second part might be profoundly useful. The authors give examples from various writers, as well as referring to China and the Ottoman Empire on their engagement in exploration, with an aim to explicating how and why they consider exploration to be an innate human instinct and coterminous with human history with itself, with small differences. At this point, some instances of post-colonial critiques on exploration and travel accounts adopted by Said, Carter and Pratt, and their influences on the concept of exploration, especially in literary and cultural studies circles, are also mentioned, along with their analysis of the relationship between knowledge and imperial power, and how these were interpreted in order to legitimize European conquests and imperial interests. In addition, research into the production and dissemination of exploration narratives, and how these proved beneficial to certain aspects of print culture is introduced by Kennedy, opening up several new and useful lines of inquiry. Thus, it is safe to claim that the pendulum swings between the uses of exploration for knowledge seeking and empire-building throughout the volume in a balanced way.

Furthermore, the volume critically reevaluates the collapse of the European empires and the rise of new states in Africa, Asia and the Caribbean from the mid-twentieth century on, with an eye to the increase of area studies during the Cold War, as the start of a disincentive to devote attention to exploration. In the following years, a wave of journalists and other non-academic authors produced works on explorers and expeditions with a different vision from the former, mythic one, which began to replace the heroic explorer image with an anti-heroic image of explorers as selfish, manipulative, ruthless, obsessive and emotionally troubled – especially in the 1970s and 1980s in the shadow of the Vietnam War. Nonetheless, in more recent times we have seen a reversal of this trend, and a return to a more appreciative view of the explorers, perhaps because of the prevailing neo-imperial mood.

As for the minor weaknesses of this volume, it can be argued that the content of the chapters does not meet the framework drawn in the introduction, which promises a more international relations oriented perspective, giving strong references to empire-building, globalization, and post-colonialism (p. 14). Instead, whether we view this critically or in a laudatory way, the chapters are woven with an emphasis on travel literature and hagiography. In addition, there is a thematically wide gap between the first part and the second part in terms of time span and geography. Furthermore, if the volume had had a conclusion it might be more absorbable by the readers as its time span, the geography it covers, and the academic areas it refers to are multidimensional. Last but not least, it should be underlined that the volume does not address casual readers; rather, it is addressed to academics who have a deep knowledge of the relatively narrow themes constructed under the second part, and to the historians who majored in travel and exploration.

In a nutshell, the thematic gist of the volume could be put as follows: once you cross the Rubicon, there is no turning back; once the West “explored” the planet, the joy in exploring it has managed to expand into various fields ranging from printing to space, and has clearly shown that boundaries are porous. With their strong references, the chapters unfold and underline the narrative that the impulse to explore has always been on the agenda of the West. The volume sheds light upon multiple histories of exploration and, despite minor shortcomings, it offers new insights and points of connection to the field of travel literature and history, as well as hints and inspiration for further research in post-colonial studies. 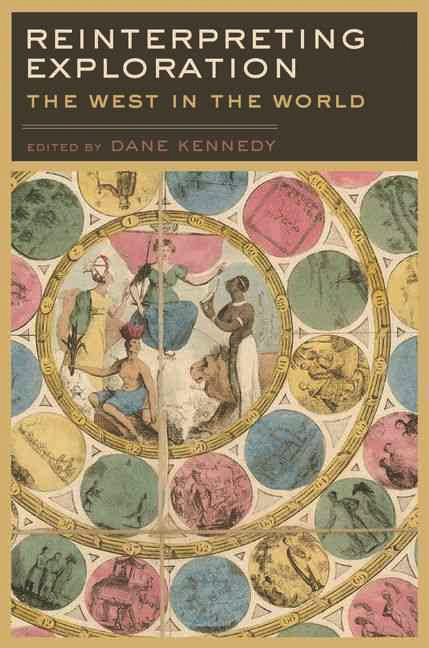