Shivdeep grewal has written this excellent research-turned-into-a book on Jurgen Habermas, one of the most important philosophers of our time. He makes a thorough analysis of Habermas’ work and in the theoretical part of the book he discusses how modernity in both cultural and social terms has evolved in such a way that transcends the importance of nation state and finds a new meaning at the European Union level.

Shivdeep grewal has written this excellent research-turned-into-a book on Jurgen Habermas, one of the most important philosophers of our time. He makes a thorough analysis of Habermas’ work and in the theoretical part of the book he discusses how modernity in both cultural and social terms has evolved in such a way that transcends the importance of nation state and finds a new meaning at the European Union level.

According to Grewal, social modernity is defined as the struggle of civil society to resist an ever increasing bureaucratisation and technocratisation. This definition can also be understood as juridification and legal consolidation of successive stages of social evolution. Cultural modernity is defined as progressive rationalisation, in the sense that increasing rationalisation gradually replaced mythical and religious belief as bases of social integration. As complementary to these two segments of modernity, Grewal looks in detail at the Habermas’ conceptualisation of alternatives beyond the nation state, which would come to mean an opening and interpretation of national public spheres ultimately ending in the form of a European constitution. Normally, the European nation-state has been defined by two factors, one negative and one positive. The welfare state is the positive factor; it provides the ordinary citizen with a set of social rights and, ensures that the capitalist economy operates in accordance with the public interest. Exclusionary nationalism, in contrast, is the negative factor. While a feeling of national solidarity has helped in securing identification with the democratic constitutional state, this feeling of national solidarity has often been bolstered by invidious conceptions of ethnic and cultural superiority. The negative consequences of nationality are apparent, so Habermas believes, both in the wars of the twentieth century and in the present difficulties Europe’s nation-states confront in integrating cultural minorities. Coupled with this negative factor are also constraints imposed by trends of globalization and increase in international competition, which have produced negative consequences for the social-democratic welfare state as the nation-state is no longer able to sustain the social-democratic rights that are necessary. If citizens are to gain political control over global economic forces, they can now do so, Habermas contends, only at the European or transnational level. Thus, the transcendence of the concept of nation state is necessary

This transcendence of the nation state and assertion of communicative rationalism would necessitate the consultation and deliberation of citizens. Moreover, citizens would be the authors of the laws of that legitimate authority. This would help to solve the obstacles against the two mentioned branches of modernity and the ongoing democratic deficit. According to Grewal, Habermas specifically concentrates on the reality of the democratic deficit in the European Union. He gives a number of examples, such as the widespread decline of the permissive consensus, the perception of European integration as a technical rather than political endeavour, the acknowledgment of public apathy, and the decline of parliaments. This ongoing democratic deficit has even led to ‘Eurosceptisizm,’ as illustrated through the French and Dutch ‘no’ vote to the constitution in 2005. Thus, Habermas focuses on the importance of the construction of a European public sphere, which would support a potential constitution at the European level in the future.

Despite the thorough and refined elaboration on Habermas’ views on the future of the European Union, a number of criticisms about the book can be cited. Firstly, it is a fact that Grewal does not give much attention to the recent economic crises in Europe. He focuses on the 2005 Constitutional Convention as a crucial political event, essentially ignoring the financial and political crisis the EU has been undergoing since 2007. It would be interesting to see to what extent the crisis has influenced the paths of social and cultural modernity beyond the nation-state. Secondly, the empirical part of the book, in particular, suffers from this important discrepancy between the political events and their academic reflection. Grewal interviewed several EU politicians and bureaucrats in order to test whether the Habermasian account of Europe reflects the views of European practitioners. Unfortunately, the interviews were conducted in 2002 and, thus, do not shed light on the current state of juridification and rationalisation in the European arena. In addition, the book does not take into consideration Habermas’s most recent publica-tions on the European Union – most importantly The Crisis of the European Union: A Response. Thirdly, when one reflects upon the idea of a unitary European polity, there are indeed two important normative theories of political integration. Alongside Habermas’ social-democratic justification of a European constitution, there is a diametrically opposed theory of Friedrich von Hayek’s classical liberal justification of an interstate federation. Many proponents of this project favour European integration because they believe that social justice can be more securely housed in an integrated Europe than in any of Europe’s nation states. Thus, it would have been useful if Grewal also mentioned Hayek’s work when analysing the Habermasian’ concept of a unitary European state. Fourthly, inherent to Habermas’ objective to impose a common European political identity on the basis of a ‘single demos,’ a politically self-conscious and bounded citizenry, however, is the danger of constraining the diversity of the Union. Existing cultural and to a certain degree political divergences between the Member States are resilient constraints for the attainability of a European ‘demos’ in the singular. Grewal does not touch upon this important restriction. Lastly, rather than ‘othering,’ distin-guishability and distinctiveness is needed even in Habermasian constitutional patriotism. A group must be aware of its distinctiveness, it must be able to differentiate itself from others, even if such others are not to be perceived as opponents or enemies. In Habermas’ recent work, the ‘other’ or more precisely the distinguishing yardstick appears to be the USA for Europe, both on account of the European social model and Europe’s identity as a normative civilian power in the international arena. Grewal does not elaborate on the comparison and contrast of these two entities in detail. 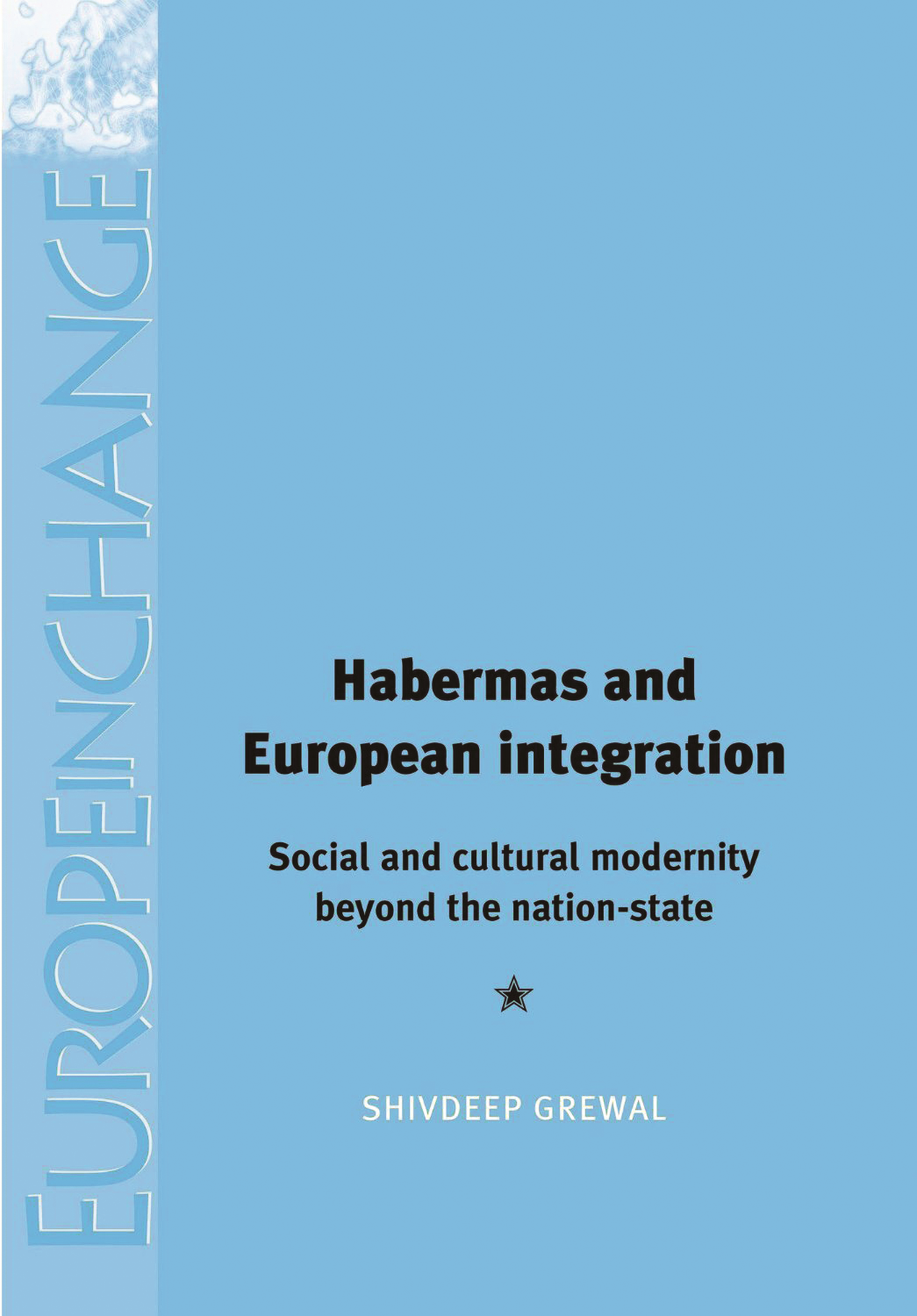