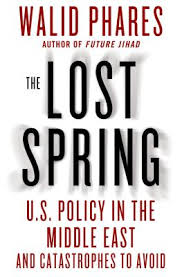 From Ballots to Bullets: Arab Uprising and the Reoccurrence of Authoritarian Politics