This collection of essays bridges the gap between arguments that emphasize the role of Islamic communities and the individualization of religious authority in the literature on Muslims in Western Europe. The editors propose to focus on the process by which Islamic knowledge—“whatever Muslims consider to be correct or proper belief and practice”—is produced through the interaction of religious authorities, lay Muslims, and their European context. There are two common themes that connect all the articles: the religious market model and the localization of Islam in Europe.

This collection of essays bridges the gap between arguments that emphasize the role of Islamic communities and the individualization of religious authority in the literature on Muslims in Western Europe. The editors propose to focus on the process by which Islamic knowledge—“whatever Muslims consider to be correct or proper belief and practice”—is produced through the interaction of religious authorities, lay Muslims, and their European context. There are two common themes that connect all the articles: the religious market model and the localization of Islam in Europe.

The religious market model provides the common framework through which classical (e.g. imams, scholars, sheiks) and emerging religious authorities (e.g. professionals, cyber-counselors, intellectuals), the suppliers of Islamic knowledge, compete to draw more followers who demand and consume this knowledge. Van Bruinessen rightly notes how non-discursive forms of knowledge, such as disciplining practices, are as important as discursive forms.

Moreover, the various essays illustrate how the suppliers and consumers of Islamic knowledge are inextricably connected and shape each other. The solid empirical grounding of the essays illustrates how classical authorities still play a significant role among Muslims while the authors recognize the rising role of new media technology in producing new religious authorities. They address issues concerning imam training as well as cyber-scholars such as Amr Khaled and Yusuf al-Qaradawi. The religious market model serves as a useful heuristic tool to frame the diversity of Islamic actors and their competitive relationship in a democratic setting such as Western Europe given the recent limitations on pro-violence voices. However, the market analogy has its limits because it connotes a utilitarian relationship between givers and takers, which ignores the highly symbolic and sacred aspects of the religious field.

This collection’s most important contribution to the literature is in its detailed examination of how slowly but surely Islamic knowledge is localized in Western Europe. For instance, chapter five demonstrates how even in traditional and non-political movements such as the Deobandi school in Britain the process of addressing questions of their local constituency and training imams locally for pragmatic purposes is on its way.

The distinctions between “European” and “country-of-origin” oriented experts even within each movement are carefully documented. The experts trained and socialized in Europe emphasize activities that serve not only “Muslim interests” but also “the wider society” through “commitment in civic life” as Muslim citizens, as in the case study of the local religious leader Larbi Kechat in Paris (p. 68, p. 108). Localized Muslim leaders focus on activities that contribute to the larger society such as the prevention of drug abuse referring to the concept of the “common good” in the Islamic tradition. In other gatherings, the organizers aim to bring Muslims and non-Muslims together to discuss, without preaching, questions in public life concerning religion in secular life or the integration of immigrant populations. The commonality in all the processes of localizing Islam in Europe involves the shift of activities from “bonding” to “bridging” activities. These activities introduce Muslim minorities as an integral part of the larger society who are concerned about common problems and seek a shared future.

Moreover, the youth of Muslim origin are mobilized to gain leadership positions in Islamic movements. The new generation of young men and women activists seeking Islamic knowledge, both Muslim-born and converts, make their own concerns and needs as the priorities of the Islamic movements they join. Morgahi’s article demonstrates how the South Asian Barelwi school’s affiliated Minhaj-ul Quran movement’s youth branch in the Netherlands provides interactive production of religious knowledge in university settings, unlike their parents who prefer didactic setting of the mosques for their activities. The fuzla who are the directors of the religious centers of the movement make interpretations unacceptable to many traditional Barelwi scholars, for example that men do not need to cover their head during prayers or downplaying the distinction between Shia and Sunnis. Caeiro’s article on the production of fatwa in Europe shows how even traditionally trained scholars utilize the principles of Islamic law-making such as the fiqh of priorities (fiqh al-awwaliyyat), seeking middle-ground (wasatiyya), facility (taysir), and need (darura) among others to address the concerns of their audience such as questions on the marriage of a woman convert to Islam and the political participation of Muslims in Europe. These examples of localization indicate that both the social reality of Islamic activism on the ground and the legal repertoire of the Islamic tradition contribute to the making of European Islam.

The last article of the collection by Sedgwick on the synthesis of Traditionalism, a European philosophical movement connected with Sufism, is a unique contribution to the literature on the production of Islamic knowledge. Sedgwick’s expertise on this intellectual movement is reflected in how he ties the story of sophisticated and differentiated ideas with that of its producers and carriers. He unravels the Maryamiyya order and their intellectual members worldwide, a movement that had a secret existence until recently. Although the movement is limited to intellectuals, its impact has global reach through the writings of its members including Martin Lings and Seyyed Hossein Nasr. This story goes beyond the predominant discourse on Muslim immigrant integration in Western Europe. It exemplifies the ongoing exchange of ideas in the Mediterranean through the centuries. This story would be welcome by all Muslims and non-Muslims alike who believe in a true dialogue of civilizations.

This volume has few shortcomings compared to its contributions to an expanding literature on how Islam becomes European. For instance, although Allievi recognizes the impact of what indigenous Europeans say about how Islam influences the way Muslims produce Islamic knowledge (p. 29), this is not adequately addressed in the articles, which focus on Islamic authorities and their localization. Few articles make suggestions on future lines of research but a conclusion chapter that would make an overall assessment would have been useful.

However, this cutting-edge work with its comparative and ethnographically rich material is a guide in itself for any researcher and provides a fresh perspective with its accessible language for the general reader interested in the future of Islam in Europe. 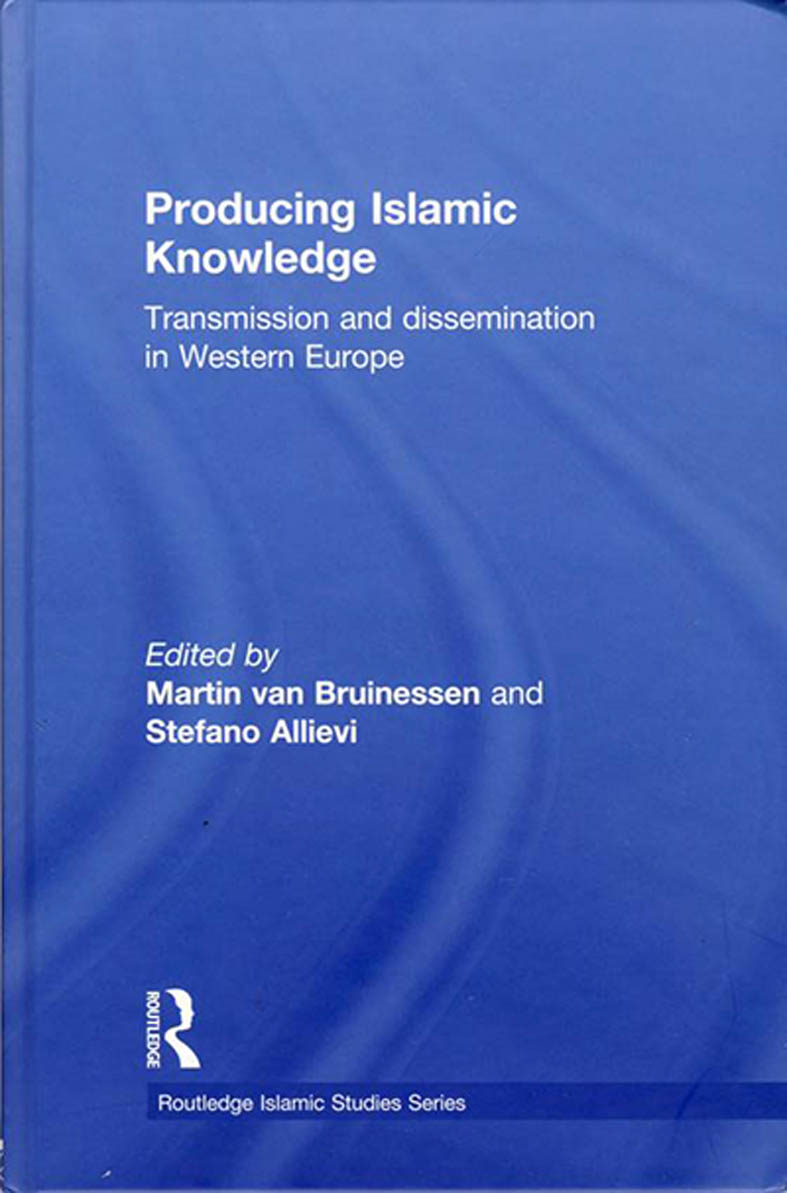