Biography of an Empire Governing Ottomans in an Age of Revolution

Christine M. Philliou’s meticulous study, rooted in a harmony of multiple theoretical and methodological perspectives, elaborates on the experience of Ottoman governance between the 1770s and the 1850s.

Christine M. Philliou’s meticulous study, rooted in a harmony of multiple theoretical and methodological perspectives, elaborates on the experience of Ottoman governance between the 1770s and the 1850s. Since the Ottoman Empire governed a multi-confessional, multilingual and multinational territory, Philliou emphasizes the necessity of synthesizing sources scattered across the archives of successor states and the Great Powers in order to grasp the Ottoman Empire’s complexities. Her hybrid vantage point, based on egodocuments and archival sources written in Ottoman Turkish, Greek, French and English, reveals the diffusion of Ottoman governance into many official and unofficial spheres of influence. Thus, Philliou’s revisionist approach challenges the binary of state and society by exploring “how institutions, networks, and individual personalities that functioned within the state were influx and being shaped by forces and ideas outside the formal state apparatus” (p.18). Philliou supports this argument through the elaborate account of Phanariots, who operated within and between the Ottoman institutions despite their lack of official askeri, or tax-exempt status.

Phanariots, the Greek Orthodox dominated Christian elite of the Ottoman Empire, established ascendancy over the interlinked offices of the grand dragoman, the dragoman of the fleet, and two voyvodas of the Danubian Principalities (Moldovia and Wallachia) by the second decade of the 18th century. Although they lost most of their influence after the outbreak of the Greek-hetairist movement in 1821, some neo-Phanariots managed to attach themselves to offices and semi-official missions in the expanding political sphere of the Ottoman Empire in the first half of the 19th century. Philliou frames her narrative around the biography and writings of a Phanariot individual, Stephanos Vogorides (1770s-1859). Vogorides/Istefanaki Bey was born into a Bulgarian-speaking family as Stoiko Stoikov and entered into the Phanariot system through his father’s attachment to the voyvoda of Moldavia. In the process of Hellenization, he shifted his name to the Greek language and received a Greek education in the Princely Academy of Bucharest. In the 1790s, Vogorides made his way to Istanbul where he served the Porte in various ways, ranging from diplomatic missions to the coordination of relations with the voyvoda of Moldovia. Glimpses into Vogorides’ life throughout the six chapters of the book sheds light on the political, cultural, and social transformations occuring in Ottoman politics.

Chapter one, “The Houses of Phanar,” elaborates how Phanariots established extensive power relations through their ability to transform commercial, cultural, social, and linguistic capitals into political power. After the Carlowitz Treaty, the ongoing territorial conflicts with the bordering Russian and Austrian Empires necessitated the appointment of individuals who had a good understanding of the trade of diplomatic information, like polyglot Phanariot physicians, and translators in the service of the grand vizier to the governance of the Danubian Principalities. Philliou associates the distinctive transregional character of the Phanariot system with multiple administrative functions attached to the offices of dragomans and voyvodas, such as grain provision in Istanbul and the collection of diplomatic information. To gain a picture of how Phanariots connected themselves to the Ottoman imperial house, Janissaries, merchant guilds, the Orthodox Church, trading diaspora, and local magnates of the Balkans while fulfilling their administrative obligations, Philliou examines the investiture ceremony of voyvodas.

Philliou details the social composition and internal dynamics of the Phanariot house in light of Dionysios Photeinos’ History of the Former Dacia, or the Current Translvania, Wallachia, and Moldavia. Due to the dominance of the Greek language in trade networks, the governance of the Danubian Principalities and the Orthodox Patriarchate, Hellenization – namely, learning Greek letters and adjusting one’s name into the Greek language – became a vehicle for accessingthe Phanariot households while the Princely Academy in Bucharest provided sons of Balkan Christians with Greek culture and language. One of her conclusions is that Phanariots relied on the strategy of diversification, not specialization, in expanding their power basis as with the access of three brothers into the service of Patriarchate, Ottoman military or scribal service, and Greek merchants, respectively. Like this strategy, Phanariots shared many networking methods with their Muslim counterparts, despite lacking formally sanctioned access to the military force and slaveholding rights.

Chapter two, “Volatile Synthesis,” focuses on the crisis in the Ottoman Empire between the 1780s and 1821 through the intertwined biographies of Nicholas Mavroyeni (voyvoda of Wallachia in the 1780s), Osman Pasvanoğlu (janissary-cum-notable of the Vidin district), and Halet Efendi (one of the prominent Ottoman bureaucrats in the 1810s), all of whom played a decisive role in maintaining “the volatile synthesis” between the Porte, Phanariots, magnates of Balkans, and Janissary patronage networks until the outbreak of the Greek Revolt. Philliou’s examination of this period through the lens of the Phanariots addresses many neglected issues, like the association between Mavroyeni’s army of Christians, the Nizam-ı Cedid reforms and the significance of Hanedan-ı Erba’a (Dynasty of Four) Edict of 1819 in the Ottoman political culture.

Chapter three to five – “Demolitions,” “Phanariot Remodeling and Struggle for Continuity,” and “Diplomacy and the Restoration of a New Order” – are dedicated to three changes in the post-1821 Ottoman governance: 1) day-to-day violence in Istanbul in the 1820s, resulting in the demise of the Phanariot and Janissary networks; 2) structural changes in governance, especially in diplomacy and military; and 3) expansion of the political landscape in relation with the Mehmed Ali Paşa crisis. In these chapters, Philliou elaborates how some Phanariots, like Vogorides, his son-in-low Constantine Musurus, and Nicholas Aristarchi – archrival of Vogorides – restored their positions through their ties to the emergent court factions, representatives of the Great Powers, and the Patriarchate.

Chapter six, “In the Eye of the Storm,” describes how the debate over custodianship of the Christian Holy Places in the Ottoman Palestine created political, diplomatic, and discursive challenges for the Ottomans in the early 1850s. Philliou puts Vogorides’ apologia of 1852 at the center of this chapter to grasp diverse responses and predicaments of Ottomans at the disjuncture of international, imperial, and confessional politics.

Philliou’s well-written book deserves pecial praise for its success in combining linguistic and archival skills with theory of governance and biographic genre. Nevertheless, in such an extensive research, some translation and writing errors are inevitable. Philliou, for instance, translates arz-ı mahzar as “national petition” (p.165) and reads mugâlatât as mülgatlar (p.193). In a worse example, Philliou misreads “ancak al-küfrü milletün vahidetün mâ-sadakınca Rum tâifesi…” as “ancak al-küfr milla-I vahide[-i] ma sadıkınca rum ta’ifesi” and mistranslates it as “now our number one infidel millet in terms of loyalty” (p.19). She did not recognize the Arabic hadith within the Ottoman text, and tried to read it in Turkish. Nevertheless, these errors, which only indicate her lack of proficiency in the Arabic and Ottoman languages, do not harm the pleasure of reading this valuable study. Lastly, one may question whether the life of Vogorides reflects the biography of the Ottoman Empire as the title of the book suggests. Considering the existence of various factions within the Phanariots themselves, the life of Vogorides would remain inadequate even as a representation of the Phanariot system. Despite these issues, Philliou’s study provides the reader with an impressive model of analysis for the Ottoman Empire. 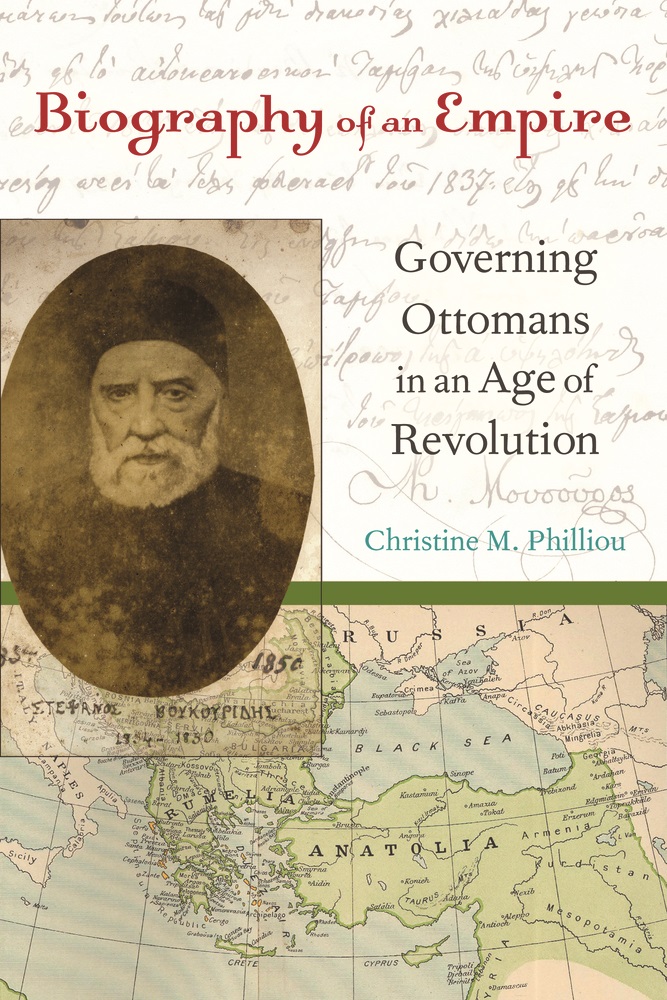