In Cinema and the Cultural Cold War, the U.S. cultural diplomacy in Asia during the Cold War is discussed from a different point of view, and Sang Joon Lee contributes to the English-language literature based upon this unique topic.

During the Cold War, the U.S. government’s cultural foreign policy directions were shaped by the threat of the expansion of communism throughout various regions of the world, and South Asia was no exception. The establishment of the People’s Republic of China and the outbreak of the Korean War, in particular, motivated the U.S. government to construct a U.S.-driven ‘free Asia’ bloc in the region (p. 3). Cinema and the Cultural Cold War: US Diplomacy and the Origins of the Asian Cinema Network examines the economic, political, socio-cultural, and institutional construction of the postwar Asian cinema network, which intended to develop an alliance of anti-communist film producers in Asia. Sang Joon Lee argues that Asian film industries were affected by transnational conflict between newly sovereign and colonial countries, with prominent financial and managerial support from U.S.-based organizations.

The power of films for disseminating ideologies and lifestyles was noticed a long time ago by the U.S. government. A great deal of research has been published about the U.S. government’s propaganda programs and about Cold War institutions oriented toward influencing public opinion, especially under the Truman-Eisenhower Administrations. Additionally, within the scope of soft power policies, the ways in which CIA-funded intellectual efforts were used as a weapon against the communist bloc have been variously analyzed. But surprisingly, very few studies have concentrated on the close relationship between the U.S.’ foreign cultural policy and Asian cinema during the cultural Cold War. In Cinema and the Cultural Cold War, the U.S. cultural diplomacy in Asia during the Cold War is discussed from a different point of view, and Sang Joon Lee contributes to the English-language literature based upon this unique topic.

The book is divided into two main parts, which complete each other by addressing the discussion on different levels. The first part, titled “The First Network,” focuses on the Asia Foundation (TAF)’s establishment process, prominent mission, key staff, and socio-political background, in addition to the TAF’s annual Asian Film Festival and its parent organization, the Federation of Motion Picture Producers in Southeast Asia (FPA), from 1953 to the early 1960s. Given the U.S. government’s belief that it was necessary to construct an alliance against communism, Asian countries such as the Philippines, Indonesia, South Korea, Taiwan, and Japan were considered an anti-communist bloc and kept under the control of a hegemonic regime via cultural and economic domination. Particularly, Japan emerged as an ‘enlightened’ child of the U.S. and a financially self-sufficient ‘big brother’ within the metastable regional entity (p. 3).

The FPA and the Asian Film Festival were founded under these circumstances in 1953, and received financial and managerial support from the U.S. institutions, especially the TAF, which was founded in 1951 as a nongovernmental foundation subsidized by the U.S. government and the CIA. Ultimately, the main aim of the organizations was to disseminate the American way of life via a system of mass production that expanded the market with the help of regional organizations and film festivals, co-produced movies, and outstanding movie stars, directors, and producers. The TAF’s motion picture project team considered that with Hollywood’s help, Asian domestic films could be qualified enough to travel to the American film market. However, none of the organizations fully achieved their ultimate goals over against local audiences and Hollywood’s foreign film distributors. In this regard, although the network did not disappear, the involvement of U.S.-driven organizations decreased and significant budgetary cuts were applied. Nevertheless, the film industry in Asia made progress without the direct help of the U.S. in the early 1960s (p. 11).

The second part, titled “The Second Network,” focuses on the evolution and eventual disappearance of the new motion picture studios and their notable figures in East Asia as a cultural and industrial phenomenon, especially during the early 1960s and the late 1970s. Lee calls attention to Shin Films in South Korea, the Grand Motion Picture Company, the Central Motion Picture Company in Taiwan, Shaw Brothers, Motion Picture, and General Investment, and Cathay Pictures in Hong Kong and Singapore as the five prominent film studios that aimed to constitute a system of mass production akin to Hollywood in East Asia (p. 137). Each one intended to expand its markets and, in this context, transferred the essential know-how from Japan, which was considered an easily reachable American prototype in the region.

The march of process in implementing the cinematic network in South Asia was not independent of internal and external factors. The politics of local governments and leaders, the geo-cultural memory of nations, and the intention of the hegemonic regime exerted influence on the activities of cinematic organizations, as Lee notes in the case of Shin Films. In the 1960s, South Korea had one of the more challenging foreign film import quota systems in Asia, and Shin Films facilitated the modernization of the system with the support of the government. However, in the early 1970s, the schemes of ‘the Movie Empire’ did not unfold as planned due to some bad decisions taken in a sequential manner by film executives, the change of the import quota system’s conditions, and the domination of television in the country’s cultural sphere.

In sum, there are multiple ways to analyze the transformation of the region’s film industry and regional studios’ transnational collaboration with film studios in the U.S. Even though the network had its own hierarchical structure, its main aim was to produce films compatible with U.S. foreign cultural policy. Sang Joon Lee considers such films as the product of U.S. cultural imperialism in Asia. Ultimately, U.S. foreign cultural policy is related to geo-linguistic and geo-cultural proximity and aims to bring along substantial alliances in Asia. Cultural politics, such as the hybridization of cinematic genres, can be summed up as glocalization in regions deemed strategically important by the U.S.

Sang Joon Lee’s study is in concordance with his other books and will be highly useful for academics and researchers in the field of Asian cultural politics. Readers will benefit from Lee’s deep knowledge of cross-cultural interchange through the Asian cinema network and will become closely acquainted with the tension between main cultural flow and counter-cultural flow, which remains as important today as it was in the past. 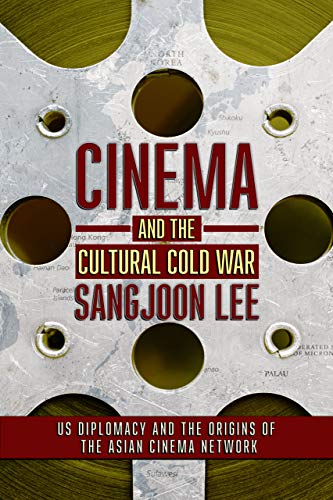