Cinema in Turkey differs from other recent books on the subject – notably Gönül Dönmez-Colin’s Turkish Cinema: Identity, Distance and Belonging (2008), and Asuman Suner’s New Turkish Cinema (2009) – in that Arslan focuses less on recent cinema in Turkey and more on the Yeşilçam era from the early 1950s to the late 1980s. More importantly, Arslan does not consider the cinema in Turkey either as ‘Turkish,’ or as expressive of a certain construction of national identity.

Cinema in Turkey differs from other recent books on the subject – notably Gönül Dönmez-Colin’s Turkish Cinema: Identity, Distance and Belonging (2008), and Asuman Suner’s New Turkish Cinema (2009) – in that Arslan focuses less on recent cinema in Turkey and more on the Yeşilçam era from the early 1950s to the late 1980s. More importantly, Arslan does not consider the cinema in Turkey either as ‘Turkish,’ or as expressive of a certain construction of national identity. Rather he employs a series of binary oppositions – the melodramatic and the realistic, the popular and the artistic, the forced and the spontaneous – to suggest that Turkish cinema is in a state of “perpetual ‘trans-ing,’ continual transition, translation and transformation.” (p.13)

Arslan does not view Yeşilçam cinema as a specific genre; instead he thinks of it as a popular film industry with its own specific characteristics of production, distribution and exhibition, which over time developed its own specific discourse and language. Most films in the early days were shot on tight budgets, using the most rudimentary equipment. There were no film schools, or state-supported enterprises to train aspiring filmmakers; they learned their craft through practice alone. Once the films had been completed, they often had limited opportunities for exhibition: most first-run theatres were given over to foreign films. In 1959, for instance, 95 domestic and 246 foreign films were exhibited to 25 million spectators. (p.76) As time passed, so the conditions of production for Yeşilçam cinema changed; by the 1970s the major film companies controlled first-run theatres in and around Istanbul, which were reserved for their big-budget productions starring contract players. Meanwhile, the minor production companies produced the kind of films characteristic of B-movie fare – action-adventures, fantastic films, and sex comedies. As the decade unfolded, the majors adopted similar tactics to survive in a changing cinematic environment. While continuing to produce melodramas and comedies, they turned to sex films, directed towards a working-class male audience, to counteract the growing influence of television. Yeşilçam is not over now but has changed its medium: during its peak of popularity in the 1960s and 1970s, very few of the educated elite watched their films. With the advent of television, videotape, and DVDs, Yeşilçam’s core audience was introduced to foreign (especially Hollywood) films dubbed into Turkish. Such development encouraged the two groups – the elite and the populace – to learn one another’s language, hence increasing tolerance of each other’s tastes. Today’s Yeşilçam spectators have not given up their preferences, but have become more willing to enjoy other forms of cinema. (p.247)

Arslan proposes that Yeşilçam cinema should be seen in relation to the following notions: Turkification, hayal, melodramatic modality and özenti. Arslan identifies two forms of Turkification, which might best be described as ‘top-down’ and ‘bottom-up.’ The ‘top-down’ approach deliberately emphasized the importance of national unity, particularly in times of conflict (for example, in Lütfi Ö. Akad’s historical drama, İngiliz Kemal Lavrens’e Karşı (English Kemal Against [T. E. Lawrence] (1952)). The ‘bottom-up’ approach is symbolized by the popularity of arabesk, which grew with migration from rural areas to shantytowns (gecekondus) and found its way into the films of Orhan Gencebay, for instance. Slowly becoming mainstream, arabesk culture eventually came to be incorporated into upper-class urban practices. (p.69) Deriving from the Karagöz shadow-play, hayal translates into English as dream, imagination or specter. Arslan uses the term to describe the republican regime’s project, as inscribed by Yeşilçam: “even if you try to change and westernize yourself and your country by erasing what has hitherto been a part of your culture, you would not be able to erase it altogether – hence the sublation. Instead it would stand out in the mirror when you see yourself, your image, your other. It is the specter in the mirror that is you but simultaneously not you.” (p.98) Arslan uses hayal to demonstrate the interplay of hegemonic claims in Yeşilçam (is it ‘Kemalist,’ ‘Islamist,’ ‘westernized’ or ‘Turkified’?) as well as revealing its ambivalent practices. Yeşilçam’s melodramatic modality helped reinforce these ambivalences: with its aspects of hayal and bottom-up Turkification it offered not only an ambivalent and alternative ‘Turkification’ to the Kemalist project, with all its national and local disputes, it also belonged to that imaginary world of nationality that the republican establishment attempted to impose from above. (p.95) Hence Yeşilçam presented a dream of bottom-up Turkification that was simultaneously traditional and modern, Western and non-Western.

Özenti further reinforces these ambivalences: in Arslan’s formulation it can be used to describe “a dialectical movement in which it is impossible to return to an originary self already lost in the process of modernization and westernization [….] Yeşilçam’s özenti produced ambivalent and contradictory responses to both West and East, and to both reform projects and antireformist tendencies.” (p.133) Arslan exemplifies these ideas through a series of case-studies of ten Yeşilçam films, ranging from Hayar Bazen Tatlıdır (Life is Sometimes Sweet) (1962) starring Ayhan Işık, Kara Sevda (Unrequited Love) (1968), with Hülya Koçyiğit, Bir Teseli Ver (Give Some Consolation) (1971) with Orhan Gencebay in the lead, and Şeytan (The Devil) (1974), Metin Erksan’s remake of The Exorcist which has become a cult film both in Turkey and the United States.

In a coda to the book, Arslan shows how the cinematic world has changed – while Yeşilçam continues to be popular with audiences (films are regularly shown on television, and re-released on DVD, as well as forming the subject of occasional retrospectives during film festivals), cinematic tastes have now diversified. In the Yeşilçam era there was no such thing as ‘mainstream’ or ‘art-house’ cinema, both of which exist in modern Turkish cinema. Moreover, modern productions have become increasingly transnational: Turkish films are regularly financed with foreign money, for example from Eurimages. This inevitably affects their ‘Turkified’ content. Nonetheless, Yeşilçam’s legacy is still evident in the quickies produced as television serials (or diziler), while its basic themes continue to dominate big-budget epics such as Eşkiya (The Bandit) (1996).

Occasionally, Arslan’s writing-style becomes prolix and repetitive, reflecting the book’s origins as a doctoral thesis. Nonetheless, I believe that Cinema in Turkey is a groundbreaking work, the first of its kind in English that looks in detail at the conditions of production and exhibition that shaped Yeşilçam’s product over nearly five decades. It deserves to become a seminal text in Turkish film history. 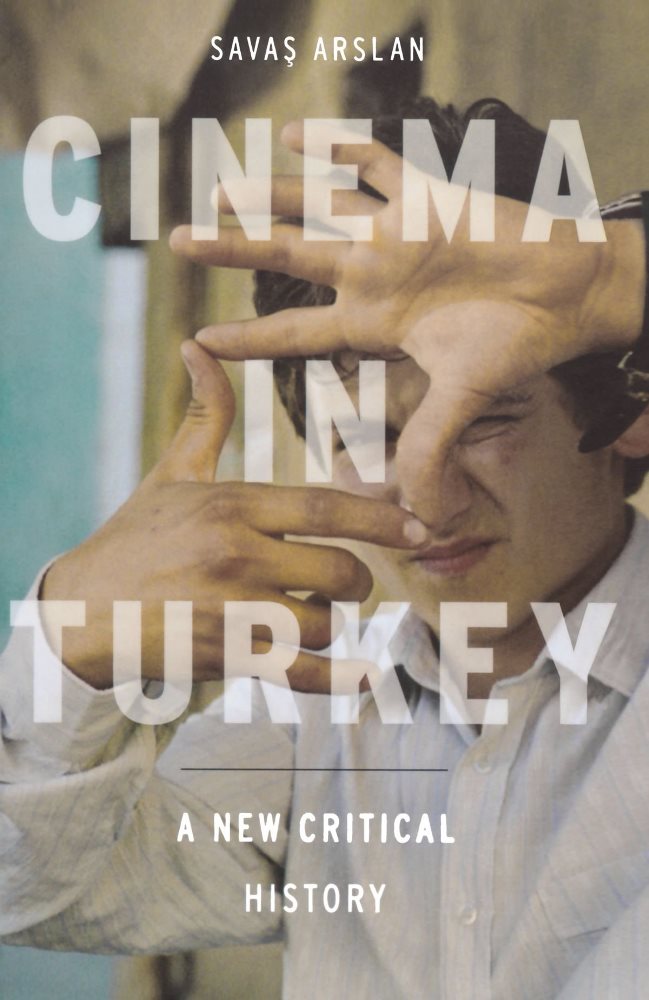