There have been many debates about whether Islam and democracy are compatible. Freedom of speech issues, and debates about the nature of Islam abound in recent times. The cartoon crises of recent years, the Charlie Hebdo attack and other developments have led to a widening of the debate.

There have been many debates about whether Islam and democracy are compatible. Freedom of speech issues, and debates about the nature of Islam abound in recent times. The cartoon crises of recent years, the Charlie Hebdo attack and other developments have led to a widening of the debate. The compilation of Freedom of Speech and Islam by Erich Kolig deals with the issue of freedom of expression, which is one of the most important principles for the West, along with the reactions of Muslims to various events. Examples like the Salman Rushdie incident, the Danish cartoon crisis, and the film Innocence of Muslims are addressed by the various contributors to this book. The book consists of nine chapters beginning with a preface by the editor.

In the first chapter, entitled “Why Is Freedom of Speech a Problem for So Many Muslims?” and penned by Christopher J. Van der Krogt, freedom of speech is considered alongside the concept of religious freedom. In his criticisms of Sharia implementations in some countries such as Saudi Arabia, Pakistan and Nigeria, the author underlines the need for Muslims to make a decision: either Muslims will remove judicial cases such as blasphemy, heresy and apostasy by adopting modern values, or they will continue to legally enforce these rules of moral conduct. Emphasizing that in the West, people can change their religion freely with the removal of these concepts and the adoption of modern values, Knogt draws attention to the achievement of secularism and Enlightenment. Emphasizing the differences between the West and Islam in terms of freedom of speech, he states that although there is not a structure like the church in Islam, Islam is not very successful in tolerating non-Orthodox ideas. Illustrating his position with theological concepts such as apostasy, and legislation such as the jizyah tax, the author appears more inclined to insert radical and negative examples.

In the third chapter, “Balancing Freedom of Speech and the Rights of Muslim Minority Groups in the Australian Context,” Ghena Krayem states that her target is to historically explore what kind of responses Muslims have taken in regard to insults toward their Prophet. The author argues that freedom of speech is not an ultimate right, and that restrictions can be imposed, within reason, through consideration of the “freedom of others,” “public order,” and “general welfare.” Stating that some of the actions carried out by radical groups are not adopted by all Muslims, and by featuring examples of peaceful protests by Muslims, the author abstains from essentialism and offers a moderate view.

The chapter “Muslim Sensitivities and the West,” written by the editor of the book, Erich Kolig, deals with the sentiments of Muslims in the West and states that “Blasphemy laws” were abolished from being a punishment in 1960, and as a result these laws were not used anymore to protect Christianity since then. While making references to Bassam Tibi’s
idea of ‘doing whatever it takes to reconcile
Islam with modern values,’ Kolig expresses
the idea that ossified Islamicist principles constitute an obstacle for the freedom of speech.

The chapter entitled “The Rushdie Affair: Cultures at Cross Purposes,” addresses the heated controversy surrounding Salman Rushdie’s novel, The Satanic Verses. Even though Rushdie claimed that his book is not about Islam and Muslims but about topics such as Mumbai-London, and love-death, he couldn’t prevent the rising reactions against him. Ayatollah Khomeini’s death fatwa against Rushdie led to book burnings and violent protests. Asserting that there should be a compromise about freedoms, the writer draws attention to the fact that in the West, the Prophet Mohammad has the image of a problematic prophet with a sword in one hand and the Qur’an in the other. The author says that consensus can only be possible with mutual respect for each other’s sacred values; he argues that the clash of civilizations can only be prevented by making dialogues possible.

In the following chapter, “Being an Unbeliever and The Power of Fatwa in Iran,” the religious identity of the political regime in Iran is taken together with the apostasy issue. The author shows how apostasy is interpreted in Islam by giving quotations from the Qur’an, and puts forward the notion that this issue is being considered within a context of political engagement. In the author’s view, government equals religion in Iran and actions against the government are thus considered within the scope of apostasy. The declaration of the rap singer Najafi as an apostate by the Iranian government, and the passing of a death fatwa against him for singing a song regarded as criticizing Shiite Mahdism and the Shiite government of Iran, are given as recent examples by the author. The author makes a comment in the light of these events that the fusion of government with religion can cause important disadvantages for people who do not believe in any religion. The exclusion of unbelievers from civil life, their exposure to various security threats, and the exploitation of this situation as a political strategy constitutes the essay’s basic message.

“Free Speech: Creating the ‘Us and Them’ Debate,” deals with the negative representation of Islam which increased radically after September 11. Nahid Kabir argues that the media discriminates between the West-Islam and “us-them.” Examining the ‘us-them’ distinction in the context of Australia, the author reveals that the media has a rather negative attitude toward Muslims. While the media interprets every action of Muslims as a direct act of terrorism, it abstains from categorizing the actions of persons belonging to other religions in this way. Considering this double standard through examples, Kabir concludes that Muslims are categorized by the stereotypes of barbarians and terrorists, and that the media is guilty of a bad performance in this regard.

In the chapter entitled, “The Instrumental Accusation of Islamophobia and Heresy as a Strategy of Curtailing the Freedom of Speech,” the authors underline that there is a difference between Islam as belief and Islam as political movement. The authors state that Islamists have one, very narrow interpretation of Islam, and are closed to the diversity of possibilities within the faith, which poses an obstacle to different ideas and to both internal and external criticisms. According to the authors, Islamophobia is used as a weapon in order to prevent criticism about Muslims. The authors add that, similarly, Muslims who engage in critical thinking are declared heretics and these kinds of accusations restrict the freedom of speech. Moreover, they state that Muslims should embrace individual elements of cultural modernity without dependence on the West.

In the last chapter, “Parameters of Teaching Islam ‘Freely,’” Katharina Volker draws attention to the presence of various restrictions about teaching Islam in the West. Banning the teaching of ideas which contradict science, along with some other restrictions, has led to a variety of problems. At the same time she focuses on the importance of state-founded theological faculties which should be independent from the state. In this regard the author tries to justify her opinions by giving reference to Tibi, according to whom, the government in Turkey uses education as its major instrument to further Islamist identity politics. Furthermore, Tibi asserts that the monopolized structure of religion should be removed and importance should be given to other ideas than orthodoxy. At this point, is necessary to state that Tibi’s comments on Turkey do not hold true. Such assertions are not only inflammatory but also ideologically-charged. As a result it can be said that this reference is not a good example for what Katharina Volker argues in this chapter.

In conclusion, concerned with the topic of Islam and the freedom of expression, Freedom of Speech and Islam opens the qualitative relationship between the two to debate by bringing together a variety of different themes and examples. In the comparisons made between the West and Islam, freedom of expression is taken as essential and much is made of the supposed lack of this freedom in Islamic societies. Alongside certain articles critiquing the underdevelopment of religious freedom in Western societies, there are also those who evaluate Islamic societies from a negative perspective, based only on issues such as the Rushdie Affair and the caricature crises. In these chapters, pride of place is also given to certain negative events such as the sentence of apostasy within Islamic societies, which are presented as being caused by the religion Islam – a perspective which presents deficient and inaccurate evaluations. In particular, Bassam Tibi’s views on Turkey are of a political nature, and Volker’s chapter on the challenges of teaching Islam contain evaluations quite far from understanding specific contextual relations. Despite these caveats, and the inclusion of certain commentaries that are of a political/ideological nature, this book on the relationship between Islam and the freedom of expression still presents an important addition to the literature due to its consideration of various current events. 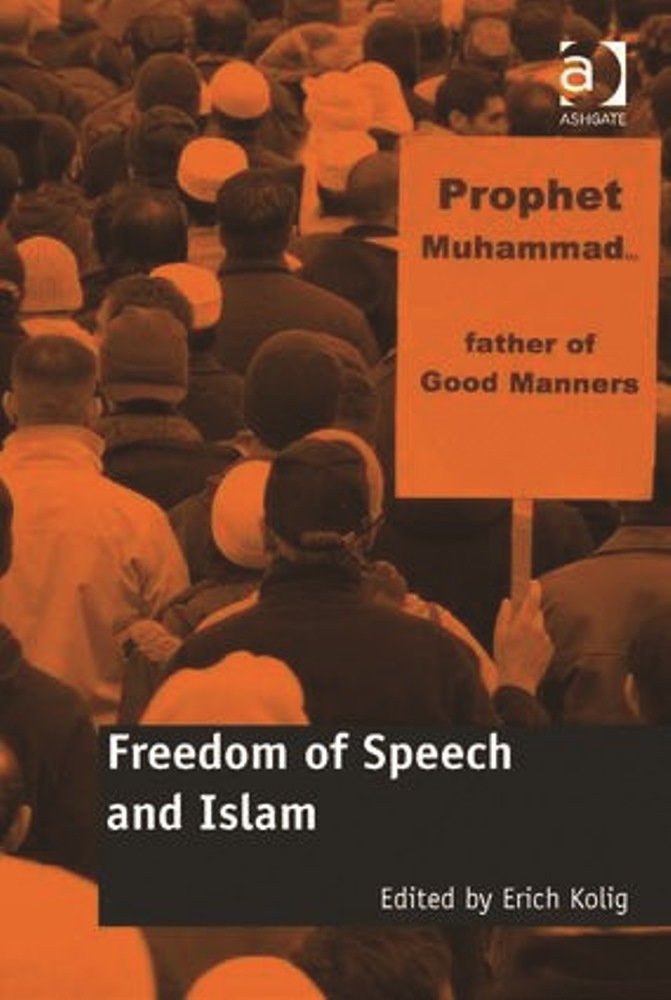