This volume is a compilation of essays on various aspects of Salafism, written by leading scholars and experts, mostly European based, on this global phenomenon. Unlike many books written in the aftermath of the 9/11 terrorist attacks, this contribution does not directly dwell on the “why do they hate us” type of questions, nor is it primarily concerned with such issues as terrorism, radicalization, or counter-insurgency. Instead, it offers an in- depth study and understanding of global Salafism from both the macro and micro perspectives, which are aimed at arriving at a (g)rounded awareness of this particular strand of contemporary Islam.

This volume is a compilation of essays on various aspects of Salafism, written by leading scholars and experts, mostly European based, on this global phenomenon. Unlike many books written in the aftermath of the 9/11 terrorist attacks, this contribution does not directly dwell on the “why do they hate us” type of questions, nor is it primarily concerned with such issues as terrorism, radicalization, or counter-insurgency. Instead, it offers an in- depth study and understanding of global Salafism from both the macro and micro perspectives, which are aimed at arriving at a (g)rounded awareness of this particular strand of contemporary Islam.
The book is a collection of 18 essays, plus an introduction, which are carefully divided into five sub-sections: Salafist doctrine, Salafism and politics, jihadi-Salafism, the local and the global in Salafism, and Salafism and identity. Each section has three to five essays, ranging from theoretical and macro surveys to various case studies and specific theological and/or socio-political questions. Thus, we find general and theoretical essays on Salafi theology and politics, which provide an overview of Salafist doctrines and practices. There are also chapters containing case studies, ranging from country-specific (Sudan, Pakistan, Indonesia, Egypt, Palestine, Ethiopia, the United Kingdom, France, and the Netherlands) to the study of particular concepts and Salafi leaders, scholars, and personalities (al-wala’ wa- l-bara’, commanding right and forbidding wrong, Abu Muhammad al-Maqdisi, Abu Mus’ab al-Suri). The essays display a remarkable recognition of the interplay between the local and the global in Salafi discourses.

The book opens with a masterful essay by the editor, Roel Meijer, who introduces the main doctrinal aspects of Salafism, while providing simultaneously a sophisticated outline of the Salafist impact on politics, society, identity, intra-Muslim and intra-Salafi/Wahhabi debates and tensions, as well as on the Salafi views on the Sunni/Salafi-Shi’a and Muslim-non- Muslim relations. Bernard Haykel’s essay is an excellent introduction to Salafi thought and action. His argument is that the popularity of Salafism in contemporary times should be attributed to its claim to religious certainty, which is backed by the authoritative reading of the scriptures (p.36). The Salafis claim they are the members of the only group that will be saved in the Hereafter (al-ta’ifa al-man- sura and al-firqa al-najiya) (p.34). The central concepts of Salafism, according to Haykel, are tawhid (oneness of God), shirk (ascribing partners to God), bid’a (innovation in religious matters), takfir (excommunication), ijtihad and taqlid (independent interpretation and emulation of a particular legal school), and manhaj (path/method). Haykel states that the main difference between the Wahhabis and the Salafis is that the former follow the Hanbali madhhab (legal school) while the Salafis reject taqlid (p.42-45). The essay’s appendix, which is Haykel’s translation of al-Qaeda’s “Creed and Path”, could lead an uninformed reader to conclude that Salafism necessarily leads to al-Qaeda’s jihadism. This is why it should have been separated from the essay and included with the other appendices instead.

The essay on al-Albani’s impact on Salafi thought is carefully crafted by Lacroix, who positions the hadith scholar between the Wahhabis and the Muslim Brothers/Sahwa polarities in Saudi Arabia. The result was the emergence of what Lacroix calls the neo-Ahl al-Hadith school (pp.68-74). The Pakistani branch of the Salafi genealogy is explored by Mariam Abou Zahab in a separate chapter on the Ahl-e Hadith movement. The remaining two essays in the introductory sub-section cover the important concept of al-wala’ wa-l-bara’, translated by Wagemakers in his essay as “loyalty and disawoval,” in the thought of Abu Muhammad al-Maqdisi, and the anti-Shi’a orientations in the Wahhabi- Salafi thought. Wagemakers shows the evolution and changes within the concept of al-wala’ wa-l-bara’ and how al-Maqdisi introduced two new elements to it, politics and excommunications (takfir), which has created a radical ideology supported by this interpretation (pp.92-101). In the essay on anti-Shi’ism, Steinberg argues that the jihadi-Salafis took the Wahhabi’s intolerance for the Shi’a to the next level, thus justifying anti-Shi’a violence.

The remaining essays are mostly country case studies, though there is a section on jihadi-Salafism which is conceptual in nature. We learn from these case studies that Salafism has found its way to Indonesia and to Western Europe, beyond its Middle Eastern origins. In an outstanding essay on the Salafi critique of Islamism in Sudan, Noah Salomon exposes the ways in which Ansar al-Sunna, a Sudanese Salafi movement, criticized and critiqued the Muslim Brothers-inspired Islamists. The cracks he so brilliantly charts in the essay should remind us of the uneasy co- existence of the Muslim Brothers and the Salafis, which has also become apparent in post-Arab Spring Egypt. Noorhaidi Hasan provides a sobering account of the Salafi da’wa in Indonesia, which was spurred by the Indonesian graduates from the Saudi universities (pp.174-179). His essay also shows how the Salafi movement fractures once its proponents engage in the debates over theological niceties and in the personal politicking. While correct in tracing the emergence of Salafism in Indonesia to the Saudi graduates, Hasan does not explain why Salafism found acceptance among certain segments in the Indonesian society.

Meijer’s essay on al-Jama’a al-Islamiyya, focusing on the concept of commanding right and forbidding wrong (al-amr bi-l-ma’ruf wa-l-nahy ‘an al-munkar), is an important reminder of the centrality of the movement’s role in contemporary religious discourse in Egypt. Meijer shows the movement’s evolution and revisionism as laying the groundwork for “a much more mature Islamic political theory that focuses on human agency and opens the way for an Islamic civil society ... that has left behind the rigorism and dogmatism of Salafism” (p.217). The rise of Salafism in Palestine, sandwiched between Fatah and Hamas, owes its existence to Palestinian graduates from the Saudi universities, echoing the situation in Indonesia. Due to the transnational nature of Salafism, their discourse is “de- Palestinised” (pp.237-241). The three essays on the jihadi-Salafis are outstanding, each in its own right. In his discussion on this phenomenon, Thomas Hegghammer provides a very useful table typology of Islamist activism (p.259), which can come handy in teaching. Reuven Paz covers a wide range of issues in his essay—takfir, extremism, and suicide bombings—but provides a casual overview at best. This chapter is probably the weakest in terms of research in the whole volume; it’s short and provides only seven footnotes, which is in stark contrast to the other essays, but it points to useful ways of thinking about the sources of, and the fractures within, the Salafi movement (pp.269-273). These ideological cleavages are further examined at greater length in the essay on Abu Mus’ab al-Suri’s critique of the Jihadi- Salafism, written by Brynjar Lia.

The local-global dichotomy and tensions are well examined in three case studies on Saudi Arabia, Yemen, and Ethiopia. Despite the Salafis’ insistence on the transnational aspect of their mission, they do get entangled in local politics and disputes, just like their co-religionists who belong to different interpretations of Islam. Madawi al-Rasheed reminds us that “contemporary Salafi Jihadis are products of modernity” (p.306). She also cautions against the unilinear inspiration- al discourse, charting the simplistic progression from Ibn Taymiyya to al-Qaeda (p.305). The final part of the book focuses on Salafis in three Western European countries: France, Great Britain, and the Netherlands. These three essays focus on the Salafist sectarian, if not tribal, identities. The emphasis among the European Salafis is not so much on gaining converts to Islam as it is on creating the “saved group” of Muslims (pp.370-371). Torn between the local and the inherited cultures from Muslim lands, the European Salafis reject both of these in favor of scripture-based norms of behavior. As such, they become the target of both the securitized state and traditional Muslim groups (pp.396-400). The book ends with the added bonus of about 20 pages of biographies of leading Salafi thinkers and activists.

This book is a stunning achievement and a major contribution to the study of contemporary Islam and, especially, Islamic activism. It is very dense, so a reader should not expect to casually browse through it. Yet, the time spent with this book is well worthwhile. The authors display a remarkable level of expertise on the topics discussed. There is rarely the kind of shallowness which many books on Islam are characteristic for in the past decade. The level of research is outstanding, which is manifested in the copious footnotes and bibliographies. Not only do the authors use sources in the original languages (mostly Arabic, but also Bahasa Indonesia, French, and Dutch), they also have the familiarity with many of the personalities discussed in the book through personal interviews and observations. The essays also provide numerous internet- based sources for the study of the Salafi thought. The book’s index is well done and very useful in searching for various topics.

The editor has covered a wide range of topics and regions, from Western Europe to Southeast Asia. There is very little mention, however, of Salafi movements in North America, the Balkans, or Central Asia. This could be rectified in a follow up volume perhaps. This book should be required reading for anyone interested in contemporary Islamic activism, especially of the Salafi and jihadi varieties. It is suitable for use in college and university teaching, both at the undergraduate and postgraduate levels. The book runs counter to many myths related to the Salafi activism, which were created in the highly charged climate during the past decade. As such, it demands our attention, careful reading, deep engagement, and understanding. 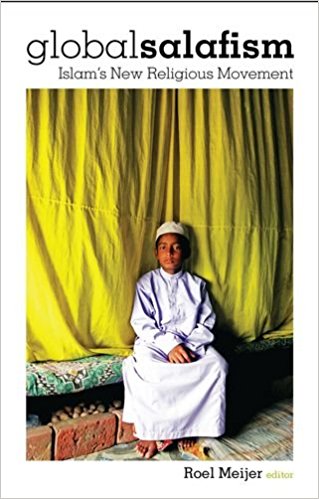