Healing the Nation Prisoners of War, Medicine and Nationalism in Turkey, 1914-1939

Over the past decade, the social and political history of Ottoman/Turkish medicine has been growing as a new and potent field of study; Yücel Yanıkdağ’s recently published book, Healing the Nation, is one of the latest contributions to that area of study.

Over the past decade, the social and political history of Ottoman/Turkish medicine has been growing as a new and potent field of study; Yücel Yanıkdağ’s recently published book, Healing the Nation, is one of the latest contributions to that area of study. A result of fastidious research in Turkish, British and American state and military archives, as well as the diaries and memoirs of World War I Ottoman prisoners, the book tells the story of Russian and British war camps, both as subjects who made that life possible, and as objects of a nationally imbued medical discourse formed within and continued after the war. Yanıkdağ focuses on how nationalism slowly grew from within the camps and reached the emergent nation-state via medical discourse.

The first chapter narrates everyday practices in Russian and British prisoner of war (POW) camps, illustrating how each camp became a source of nationalism. The author’s his comparative approach, which contextually distinguishes the different camps, increases the book’s appeal. For instance, while the type of food that was consumed became a matter of religious (and national) pride in Russian camps (p. 27), the prisoners complained about the monotony of their diet in Egypt. While learning foreign languages from prisoners of other nationalities created strife among the ‘Ottomans’ in Russian camps, the monotone structure of camps in Egypt ensured that it never became a controversial issue. Just as these everyday elements inhabited specters of nationalism, so did social relationships within the camps.

In the second chapter, the author describes how nationalism grew out of relations with the other(s) –either a different ethnic groups, such as the Arabs, or the captors, Russians or British. Yet, equally significant was Ottomans’ practice of policing each other. Mostly a matter of intergenerational conflict, when the seniors believed that tradition was under threat, nationalist chastising of the younger generation began; wearing pajamas during the day, bathing naked, learning a foreign language, walking bare-headed and naked-legged, shaving moustaches, and so forth were all condemned by the older generation under the guise of protecting national honor. Moreover, observing each other’s behavior not only constituted the ground for self-policing, but also paved the way for larger societal and political concerns to surface.

Yanıkdağ’s third chapter is dedicated to the accounts of educated prisoners, who, after observing peasants-turned-soldiers, decided that the lack of education was the paramount problem facing the nation come the war’s end. The remaining three chapters, where the prisoners of war have shifted from being the subject of nationalism to its object, concern itself with the links between medicine and nationalism.

The fourth chapter traces the pervasive occurrences of pellagra and trachoma among the Ottoman POWs, especially in Egypt. Both diseases prove to be curious histories to the extent that the British, imbued with nationalism of their own, continually externalized the responsibility of the diseases to the Ottoman army and culture. These POWs, who were blamed for their lack of proper hygiene, became the responsible party once more upon repatriation. Chapter five is a rather comprehensive account of the Ottoman/Turkish neuro-psychiatrist’s medical discourse that classified traumatized ex-soldiers as carriers of dormant degenerate genes. The fear that the genes of repatriated soldiers would contaminate the national gene pool laid the basis for policies of eugenics, both positive and negative, to be implemented on national scale. Yanıkdağ’s book closes with the sixth chapter, where eugenic policies are discussed to the extent that they stood at the intersection of the neuro-psychiatrist’s nationalist and professional concerns.

Though not one of his overtly pronounced aims, one of Yanıkdağ’s major contributions is his conceptual reworking of the Republica’s spatial and chronological borders. In his narrative, the WWI POW camps emerge as places where the founding problem of the Turkish Republic – how to construct a healthy, civilized, and modern nation – was developed. Reading about officials who were candidly concerned with educating the nation and devising solutions that resembled those of the Republic (in some cases by the very same people), it would not be an exaggeration to infer from Yanıkdağ’s book that the Turkish state was not founded in the parliament nor in the single party headquarters, but rather in the war camps. The nation that needed healing was not the local populations of Anatolia, but rather the sick and indifferent soldiers who were repatriated at the end of the war. As a cautious and meticulous historian, Yanıkdağ refrains from forming hasty links between Republican institutions and the war camps; yet, he suggests probable connections, such as those between the Village Institutes and the camp schools constructed by learned officers (p. 96).

Bringing the Great War into Ottoman/Turkish history and shifting the temporal and spatial boundaries of the Republic are significant contributions. Yet, Yanıkdağ does not stop there. By giving voice to the POWs via camp newspapers, memoirs, and diaries, and then using these to counter the official medical discourse of the neuro-psychiatrists of the Republican era (pp. 191-194), the author valuably contributes to the history from below genre. His emphasis on the Turkish medical community as a part of the international community and rejection of the adoption model could be seen as a silent yet powerful rejection of an Orientalist tendency still abound in historiography, both ‘Eastern’ and ‘Western.’ All of the above, weaved together in a comprehensive work with inquisitive reasoning and clever writing style, deserves a warm welcome to historiography. 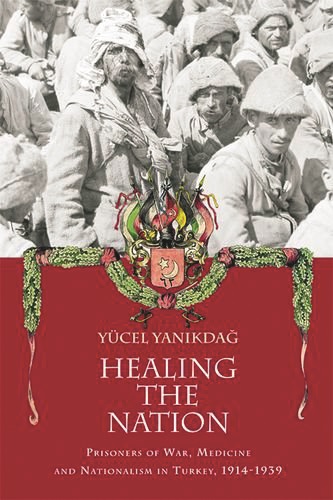