Intellectuals and Civil Society in the Middle East: Liberalism Modernity and Political Discourse

Spanning nine chapters, the book is divided into three parts, and is preceded by a comprehensive 26-page “Introduction” by the editor, Mohammad A. Bamyeh, Professor of Sociology at the University of Pittsburg.The book brings together a wide range of interrelated themes and topics on the work and activities of various intellectuals from the Arab lands and Turkey from the 17th century to the present. This diverse range of intellectuals, from activist-scholars and early modernists, such as Nazik al-Abid, Murad Farag and al-Kawakibi, in part one, “Intellectuals as Modern Vanguards”; to activists and lesser-known Islamist figures, such as al-Nabulusi, Kisakürek and Topçu, in part two, “Intellectuals as Defenders of Heritage”; and finally to academics and prominent Arab figures in the West, such as Edward Said, M. Arkoun, Hisham Sharabi and Halim Barakat, in part three, “Intellectuals as Migrants”. The book also includes a bibliography, notes on contributors, and an index.

Tackling some prominent and significant themes, like the balance between modernity and tradition, the encounter between East and West, the feminist nationalist struggle and social reformism, gender, Turkish Islamism, and religious and transnational identifications in pure and clear “sociological” terms, this book provides answers to such various questions as: “How do intellectuals influence public life and public debates?” “What sort of relation exists between intellectuals, ‘street politics’, and civil society?” “What are the institutional venues of public and intellectual life, and how effective, stable, or flexible they are?” And “How are intellectuals connected to social movements?”  p. 1). Although these questions were first posed in the 2008 workshop from which this book comes, they have gained more significance and currency and have become more pressing following the 2011 revolutionary movements in the Middle East, generally known as the “Arab Spring”, which required all intellectuals “to think more seriously about their role in society” (p. 2).

In this volume each chapter examines either one intellectual or a group of intellectuals who had or have a “role in social life” by systematically exploring the intellectuals in question as “social phenomenon”, assessing them to identify meaningful methods and theories as guides for the empirical study of the phenomenon of intellectuals and to identify further directions of research (p. 3). In chapter one, “Introduction: The Social Dynamism of the Organic Intellectual” (pp. 1-26), Professor Bamyeh, the editor of this volume, besides describing the focus, theme, thesis and scope of the book, suggests four “modes of examining themes” discussed in the book using sociological terminology, namely “Intellectuals and Modern Alienation”, “Organic Intellectual”, “Organicism and Novelty”, and “Locations of the Intellectual”.

Part one consists of three chapters by Elizabeth Williams, Lital Levy, and Sanna Makhlouf, respectively. Chapter two discusses Nur al-Fayha (the Light of Damascus) society which was established as a “pivot of the activity of the women`s activities” (p. 50) in Damascus by Nazik al-Abid (b. 1898) in January 1919. Chapter three discusses a 20th century “modern Arab Intellectual”, the Egyptian jurist, scholar, journalist, and poet Murad Farag (1866-1956) and his weekly journal, al-Tahdhib (Edification), which he wrote “for the community” and examined a “record of modern Arab intellectual life as viewed from the margins” (pp. 57, 58, 62, and 71). Chapter four examines the legacy of activist and political and social thinker Abd al-Rahman al-Kawakibi (1854-1902) by analyzing and evaluating his two main works, Ummu l- Qura (a novel) and Tabai al-Istabdad. His writings were a staple for the “Egyptian-influenced Arab awakening and the dissemination of an anti-Ottoman Islamism in the Muslim world” (p. 86).

Part two consists again of three chapters (five to seven), this time by Steve Tamari, Michelangelo Guida, and Fatma Tütüncü. Chapter five discusses the Damascene ‘alim Abd al-Nabulusi (d. 1731) who was active “intellectually, socially, and politically”, and demonstrates that “scholars have for too ignored the multifaceted nature of ulama” (p. 107). Chapter six discusses Necip Fazil Kisakürek (1956-83) and Nurettin Topçu (1909-75), the “founders of Turkish Islamism in the wake of Kemalist revolution” (p. 111). Although both are “little known outside Turkey”, they “reformulated the methodology and content of Islamism” in Turkey (p. 111). This chapter analyses their lives, the main features of their political views, and, finally, within the context in which they operate, the “common aspects of their intellectual works” (p. 111). In this chapter Guida reaches the conclusion that there is no doubt that these days the Islamists in Turkey have become a “powerful elite” in media, politics and society.In chapter seven, Tütüncü discusses, as described in the title, “Islamist Intellectuals and Women in Turkey”, and she compares and contrasts the discourse of a “group of Islamist women” on women and feminism, which she describes as a “culturalist patriarchal Islamist discourse” (as represented by Ali Bulaç, an acclaimed Muslim intellectual), and “instrumentalist Islamist discourse” (as nurtured by various religiously inclined people), and then proceeds to discuss the strength and limits of an Islamist women’s discourse on “femininity, housewifery, patriarchy, justice, and equality” (p. 135).

The final part of the book, part three, consists of two chapters (eight and nine), one by Thomas Brisson and one by Nedal Al-Mousa. Chapter eight examines Mohammad Arkoun (b. 1928 in Algeria, d. 2010) and Edward Said (b. 1935 in Jerusalem, d. 2003), both leading Arab “Intellectuals in the West” or/and “intellectuals of the Diaspora” (p.159) who have achieved international recognition as leading intellectuals for they used “western theoretical apparatus to make sense of contemporary Arab situation, as well as making an Arab voice audible in Europe and the USA, and were capable of addressing Western and Arab audiences equally” (p. 159). In Chapter nine Mousa discusses the intellectual careers of two “Mahjar Arab Intellectuals” (p. 181), namely Hisham Sharabi (1927–2005) and Halim Barakat (b. 1936), who were “peculiarly preoccupied with bridging the gap between the East and the West” (p. 182). Sharabi and Barakat shared a common vision that the people of the East and the West should “transcend binary thought and reductionist cultural categorization as a means towards achieving better human understanding, tolerance, and healthy transformation” (p.194).

The book ends without a conclusion, and this significant omission deprived Bamyeh, the editor, of the opportunity to tie up loose ends and reinforce the main points made in the chapters. However, five of the nine chapters end with concluding remarks. Aside from this shortcoming, Intellectuals and Civil Society in the Middle East provides a meticulous analysis and examination of the social role of a diverse range of intellectuals, from activist-scholars, early modernists, and academicians, to prominent Arab figures in the West, and from activists to lesser-known influential Islamist figures in the Middle East. It is an important new contribution to the literature on Middle Eastern societies and politics. Bringing together a wide-range of interrelated and connected themes and topics on the intellectuals of various countries of Middle East from the 17th century to the present, Intellectuals and Civil Society in the Middle East offers deep insights and a profound discussion on the role and impact of intellectuals in public life, and upon the social, political, and cultural spheres in the Middle East. 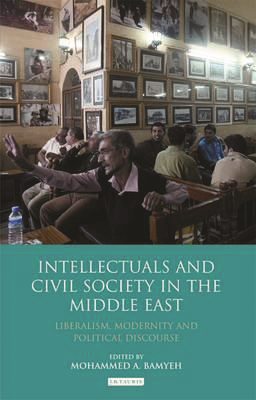