It was autumn 1990 and Saddam Hussein had occupied Kuwait and taken western hostages, whom he called guests, to prevent retaliation. It was a stalemate, the allies could not free Kuwait due to the hostages in Iraq and Hussein refused to withdraw his troops. Then one of our professors wrote an article in the local newspaper, where he compared Hussein’s tactic to the Battle of the Ditch (al-Khandaq) in 627 AD. The Muslims dug a ditch around Medina that prevented the enemies from entering the town. This battle reinforced the strength that the Muslims had lost at Uhud in 625 AD, when the Meccan army and their Bedouin allies were demoralized and their alliance dissolved. This ‘theologicentered’ interpretation of contemporary happenings in the Muslim world was typical at the time. In most western universities, ‘Islamic Studies’ was a tiny part of the much bigger subject of ‘Religious Studies.’ Professors in the field were mainly Protestant Theologians who tended to regard Muslim contemporary actions and behavior in terms of Islamic sources, history, and theology. As conflicts in the Muslim world increased and more and more Muslims settled in western countries, Islam and Muslims became a topic even outside of the Humanities. During the last two decades, Muslims and Islam have increasingly been studied through the lens social science concepts and theories in which theology had little or no place.

This book by Oliver-Dee is one of the few exceptions. He is a researcher of Inter-Religious Affairs at the office of the Archbishop of Canterbury, which explains his concern with faith and theology in dealing with social science topics such as minority issues and citizenship. His starting point is that through historical analysis of Muslim theology and politics, it is possible to “develop a framework of analysis, questions and anecdote that can form the basis of effective solutions” (p. 3). The main country focus is the UK and France. He states that he wants to deal with the perspectives both of the ruled and the rulers. This approach is in contrast to many social science studies on Muslims, which tend to deal with one or the other.

Oliver-Dee’s book is divided into three parts. In section one, he discusses Koranic verses and Islamic legal concepts on loyalty to authorities, Muslims and non-Muslims. His focus on the UK and France makes him deal with scholars from the geographical areas where Muslims in the two countries come from. He first discusses the views of classical Islamic scholars, such as Abu Hanifa (the Hanafi law school is the main law school in the Indian Subcontinent), Malik (the Malaki law school is the main law school in North Africa), and Ibn Taymiyya, whose ideas have influenced the recent Islamist debate. He then turns to discuss modern reformers in the two regions.

In section three, Oliver-Dee shows how the two European powers during the colonial period dealt with the Muslim claim to live under Islamic law. He shows how the British had a much more liberal dealing with their Muslim subordinates than the French. The French, in contrast to the British, tried to replace shari’a with French law. Oliver-Dee writes: “Thus, whereas the British had encouraged the concept of freedom of religion upon its imperial subjects, the French approached the issue through the lens of nationalism as cultural identity” (p. 160).

The contemporary approach to Muslim minorities in the UK and France reflects this difference during the colonial period. The Archbishop of Canterbury’s proposal to give Muslims the possibility to adhere to shari’a law in Britain echoes the former promotion of religious freedom in the British Empire, whereas the battle over the headscarf in France resonate the homogenization of French citizens in former French colonies. However, as the Archbishop’s proposal was met with staunch opposition, there seems to be a slight similarity in the actual approach towards Muslim in the two countries despite the difference in ideological stands.

Oliver-Dee sees the religious heterogeneity of Muslim communities in the UK and France as the result of the failure of the two countries to give Muslims the possibility to live according to Islamic law. He ends his book with the claim that if shari’a is incorporated into the law of the land, with its terms and parameters minutely specified, Muslim communities will be given the opportunity to become more homogenous with an Islamic authority that could be accepted by all Muslims. His claim is built on the religious assumption that “the practice of shari’a is absolutely required for a Muslim to progress in the afterlife” (p. 189).

Oliver-Dee thoroughly researched both historical and contemporary sources of important issues in the contemporary debate of Muslims in Europe. He reintroduced a ‘theologicentred’ approach, which has more or less disappeared in much of today’s research. However, it is necessary to present some critical remarks to his claim that Muslims should have the possibility to adhere to shari’a law in receiving countries. Firstly, he fails to reflect on the fact that shari’a legislation in most countries with Muslim majorities, with some exceptions, is mainly applied in family law and rarely in other fields. Moreover, he also fails to discuss which part of shari’a Muslims need to adhere to in order to have “progress in the afterlife.” Is it only shari’a family law that should be accommodated in the UK and France, or should other part of shari’a be introduced as well?

I read Oliver-Dee’s approach to shari’a as essentialist, viewing the legislation as fixed and unchangeable. This is interesting as he is aware of legal disagreements which indicate that shari’a is far more flexible than the author (and many Muslims) believes it to be. His inflexible understanding of shari’a seems to be the result of not taking the “small narratives” or more recent theologies of liberation into consideration. These new theologies, which to a great extent are compatible with state laws in host countries, are in fast progress in many Muslim communities in the Western world.

The question is whether Oliver-Dee’s suggestion, rather than being helpful for many Muslims in the Western world, would instead cause a cementation of traditional law school legislation and thus impede new religious understandings. Islamic theology, as well as other religions’ theologies, have always changed and included new traits due to cultural and religious encounters. In the contemporary global area with such encounters between Muslims and non-Muslims, as well as between Muslims of various cultural backgrounds, new religious understandings seem to be the natural outcome, as new Islamic theologies all over the world indicate. 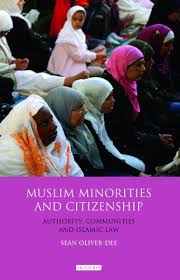