Leaving aside the academic discourse, the “theoretical and methodological shields that usually ensure a semblance of detachment,” (p.ix) Marnia Lazreg, a professor of sociology at Hunter College and the City University of New York Graduate Center, adds her voice to the ever-expanding bibliography on the veil.

Leaving aside the academic discourse, the “theoretical and methodological shields that usually ensure a semblance of detachment,” (p.ix) Marnia Lazreg, a professor of sociology at Hunter College and the City University of New York Graduate Center, adds her voice to the ever-expanding bibliography on the veil. Committed to writing this book, as she declaredly has reached a point where she could no longer keep quiet about the issue, (p.2) the author addresses Muslim women who either have taken up the veil or are considering wearing it. In doing this, she finds incumbent to reveal herself personally while recounting her experience as a Muslim woman growing up in colonial Algeria and that of several women she has interviewed over the past fifteen years in the Middle East, North Africa, France, and the United States. In each of her five open letters, Lazreg presents different veiling or reveiling experiences, interprets them and takes issue with their justification, pointing out that the custom of “covering” should be always regarded in its historical, political, and socio-cultural context, as long as “the veil is never innocent,” (p.125) it is both a discourse and a practice. Based on these grounds, in the Introduction, when clarifying certain terms used in the book, Lazreg states that by the expression “Muslim women” she refers to the “the women who have taken up the veil as a way for them to display their religious affiliation” (p.12) and she adds: “The best but cumbersome way to refer to these women would be ‘womenwho-wear-the-veil-because-they-think-itis-a religious-obligation-in-Islam.’ There is no generic ‘Muslim woman,’ just as there is no generic ‘Christian woman’ – only concrete women engaged in concrete actions.” (p.12-13)

Chapter one debates the issue if wearing the veil is indeed a sign of modesty and starts with the observation that what the Quran mandates is rather ambiguous. Lazreg’s discussion relies on the idea that wearing a veil is not a mere individual act, but rather a social convention and therefore it never comes as a voluntary act. Even if it involves willful compliance, it always takes place in a social context and responds to specific social norms. The author of the book under review implies that the social pressure to conform to these norms obscures the stated purpose of the veil, modesty. “Were modesty truly the issue, there would be different ways of expressing it.” (p.36) She concludes that the singling out of women for veiling undermines the modesty argument by making them more, not less, visible and that the ideological use of the veil deflects the attention from a number of serious issues which confront women in their daily lives, it homogenizes individuals, social classes, and ethnic differences between women by emphasizing one common denominator: covering.

Chapter two counterpoints the argument that veiling has a protective function, meaning that it is the best way to ward off men’s advances. As Lazreg shows, a veiled woman is not immune from sexual harassment and “the fiction that the veil is an antidote to sexual harassment is crucial to understanding the psychology of veiling:” (p.48) for a man, the veil is the marker of his masculine identity (masculinity is perceived in difference to feminity, a man is a person who does not have to wear a veil).

Chapter three discusses the argument that veiling is the assertion of cultural identity, of the right and of the pride to be different within the globalized cultures of the “West.” “In the post–9/11 era, experimenting with the hijab (because for many it is an experiment) has emerged as an increasingly attractive method for women from Muslim communities in Europe and North America to display pride in their culture.” (p.54) Although she recognizes that there are several obvious reasons for this and that it may be a response to the excesses of fear and prejudice against Islam, the author doubts that the reduction of Muslim culture to a garment is the only way to force respect from Western nations (p.63) and the best response to anti-Muslim prejudice. On the other hand, she equates banning, as a political act of “veil-obsessed governments,” (p.62) with mandating: “Turkey (like France or Germany) is thus on a par with Saudi Arabia and Iran. Each sees the veil as standing for religious identity. Women are held hostage equally by radical secularists and Wahabists, Islamists and Shi‘i Muslims. None of them trusts women with the capacity to decide for themselves how to manage their bodies and whether to wear a veil.” (p. 60-61)

Chapter four, the most intricate part of the book, tackles the issue of conviction and piety and highlights it from different angles: Conviction as Strategy, Agency and Fear, Conviction as Visibility. On account of the organized character of the hijab revival Lazreg is questioning some of the justifications offered by women for veiling considering that rather “it is emerging as a tool for engaging women in a conception of religiosity that serves the political aims of various groups scattered throughout the Muslim world, who are eager to demonstrate the success and reach of their views” (p.85) by increasing “the material visibility of Islam through the hijab.” (p.95)

The final chapter of the book aims to advise women not to wear the hijab and tries to justify this position. It is, Lazreg asserts, physically uncomfortable and psychologically detrimental since a hijab makes a woman feel removed from her environment. It is also the symbol of inequality, of gender difference and the expression of a relation of power: “The state supervision and control of women’s dress and bodies is not only humiliating but also inhumane. No man has the right to dictate to a woman what color or length of dress she should wear. This is the most blatant abuse of power.” (p.100) While critically approaching non-Muslim women who, in the name of social science research and cultural relativism, “provide more mystifications of veiling” (p.126) reinforcing its rehabilitation, Lazreg calls Muslim women to stand for their obligation to history as agents of social change and “and put an end to the politics of the veil by simply not wearing it.” (p.100)

Read as the author declares it to be, not a scholarly treatise, but a very personal inquiry, Marnia Lazreg’s book is a rich and committed contribution to the current debate on the veil. Its inconsistencies in using anecdotal facts for psychological speculations and for inferring general conclusions will no doubt positively result in encouraging further the pro and con discussions of a topic standing in the limelight. In going through it, I have found the text most readable and powerful, despite that, as a researcher in cultural stereotyping, without distrusting the anecdotes meant as examples and support for the conclusions, I felt uneasy discerning in many of them some much-peddled Orientalistic storylines. 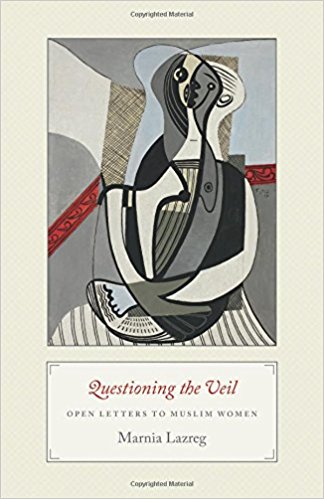