Refugia is a utopian fiction, as its authors emphasize. By blurring the distinction between reality and fiction, the book aims to weave a network of solidarity among refugees as a way of meeting the basic needs of displaced people regardless of their locations. The authors radically criticize the current, conventional protection regime, which restricts people’s right to live in the land where they were born as well as the option of resettlement in the prosperous countries of the world. Such a proposal heartens authoritarian regimes that forcibly drive people out of their homeland, while also bringing us to the point where it is very pleasing to the developed states to contain only 15 percent of the world’s refugees.

The number of refugees worldwide has doubled in the last decade to more than 80 million. As the number of refugees increases, walls rise on the borders of countries, and deadlock in the international system reduces the opportunities and possibilities for the displaced to find refuge –or to return– every day. The subject of Refugia is the search for an alternative protection zone for refugees –which they dub Refugia– as another possibility, apart from return or resettlement. The main aim of Refugia is to lay out a framework for how such a quest can be realized.

In the words of Cohen and Van Hear, two distinguished authors in the field of displacement, Refugia is a utopia (p. i). However, Utopia is not a search for impossibility, as the name at first implies. Rather, Utopia is a design for a society that cannot be realized today yet is nonetheless possible. The search for a place where refugees can take shelter on earth is becoming more utopian with each passing day. So much so that the idea of establishing a colony of refugees on Mars to shelter them seems to be more realistic than the idea of finding an ‘anywhere land’ on earth.

Refugia consists of six chapters. A ‘trailer’ at the end of each section adds a kind of fiction-novel vibe to the book. The book starts with a glossary section to familiarize readers with the basic concepts. A prediction set up in the first section, “Refugia 2030,” presents the utopia as partially realized; the authors draw an imaginary framework of where the ‘Refugia’ idea will have evolved by 2030, under the subheadings of management, economy, and general structure.

In the first chapter, a ‘refugee nation’ (p. 4) is imagined, with its own flag and national anthem. Refugees can move freely, thanks to the “Sesame Pass,” among a group of autonomous ‘somewhere lands’ established in different parts of the world, conceived as multiple citizenship opportunities (p. 3). The authors discuss an operational framework for an autonomous economic structure, they especially emphasize that ‘Refugia’ is not “based on any nationalist or religious belief association” (p. 4); instead, “Refugia is a pragmatic arrangement, a kind of secession by mutual agreement” (p. 4). After drawing a general framework of displacement on earth, the introductory chapter stresses that “three conventional ‘durable solutions’” (p. 8) have become dysfunctional since the necessary financial resources cannot be adequately supplied.

The second chapter provides a critical reading of the dominance of the nation-state and modern social identity in political and social theory. While it highlights that the concept of a nation-state is dysfunctional today, three examples–Israel, the Kurdish state initiative, and South Sudan–are notably excluded from the brackets (pp. 17-18). The authors put forward a perspective on how social identities transformed from ‘nations to fluid identities’ (p. 19). Referring to Bauman, they note that modern identities have ceased to be uniform, given and default, becoming personalized and more plural (p. 21). Then, ‘archipelagos and ecotones’ composed of ‘Oikos and new political and (preferably) social organizations without borders are recommended (p. 23).

The third chapter focuses on alternative recommendations for the displaced. This section discusses the shortcomings and weaknesses of Betts and Collier’s recommendations for a ‘safe oasis’ as well as Aleinikoff and Zamore’s proposal, reminiscent of the ‘Nansen Passport.’ The authors state that “more emphasis should be placed on refugee agency and the construction of political structures from within” (p. 41). They accept the ‘nation’ part of the advice involving the creation of a ‘refugee nation’ and ‘refugee state/country,’ while rejecting the ‘state/country’ part because they do not find it realistic (p. 43). After criticizing projects such as ‘refugee islands’ and ‘better camps,’ they declare the idea of ‘Zatopya’ recommended by Halsema as the closest to their own ideas.

The fourth chapter explains the basic concepts and principles of ‘Refugia.’ It emphasizes that ‘Refugia’ consists of trans-border networks formed by a “transfiguration of heritage identities to relational identities” (p. 59). The authors discuss the possibility of transnational diasporas such as the Jewish, Palestinian, and Roman. They recommend financial and management solutions through the work of organizations such as the United Nations Relief and Work Agency (UNRWA) and explain the principles of how urban life should be managed by refugees (p. 62).

The fifth chapter outlines how ‘Refugia’ will work. The general principles of the Refugee Nation on social issues from a social identity to gender are determined. In chapter six, criticisms of the idea of ‘Refugia’ are addressed. After admitting that there are no complete answers to the criticisms of the ‘Refugia’ concept, the authors state that ‘Refugia’ is nonetheless “a promising new path through the thicket of inertia and convention” (p. 116).

Refugia is a utopian fiction, as its authors emphasize. By blurring the distinction between reality and fiction, the book aims to weave a network of solidarity among refugees as a way of meeting the basic needs of displaced people regardless of their locations. The authors radically criticize the current, conventional protection regime, which restricts people’s right to live in the land where they were born as well as the option of resettlement in the prosperous countries of the world. Such a proposal heartens authoritarian regimes that forcibly drive people out of their homeland, while also bringing us to the point where it is very pleasing to the developed states to contain only 15 percent of the world’s refugees. Consequently, the difference between building a utopian fiction from an island that has received only a few thousand asylum applications and living in a dystopia in the region of the world that produces and hosts the most refugees is as much as the difference between dream and reality. Refugia suggests thinking about the recipe for how people will live in ‘somewhere land’ where they are exiled, but this ‘somewhere’ is definitely outside welfare society. As a result, Refugia takes its place in the literature as an unrealistic do-gooder attempt to seek a place for displaced people from dystopia to utopia.

Refugia, published by Routledge in 2020, was presented to Turkish readers with Begüm Yiğit’s translation from GAV perspective publications. 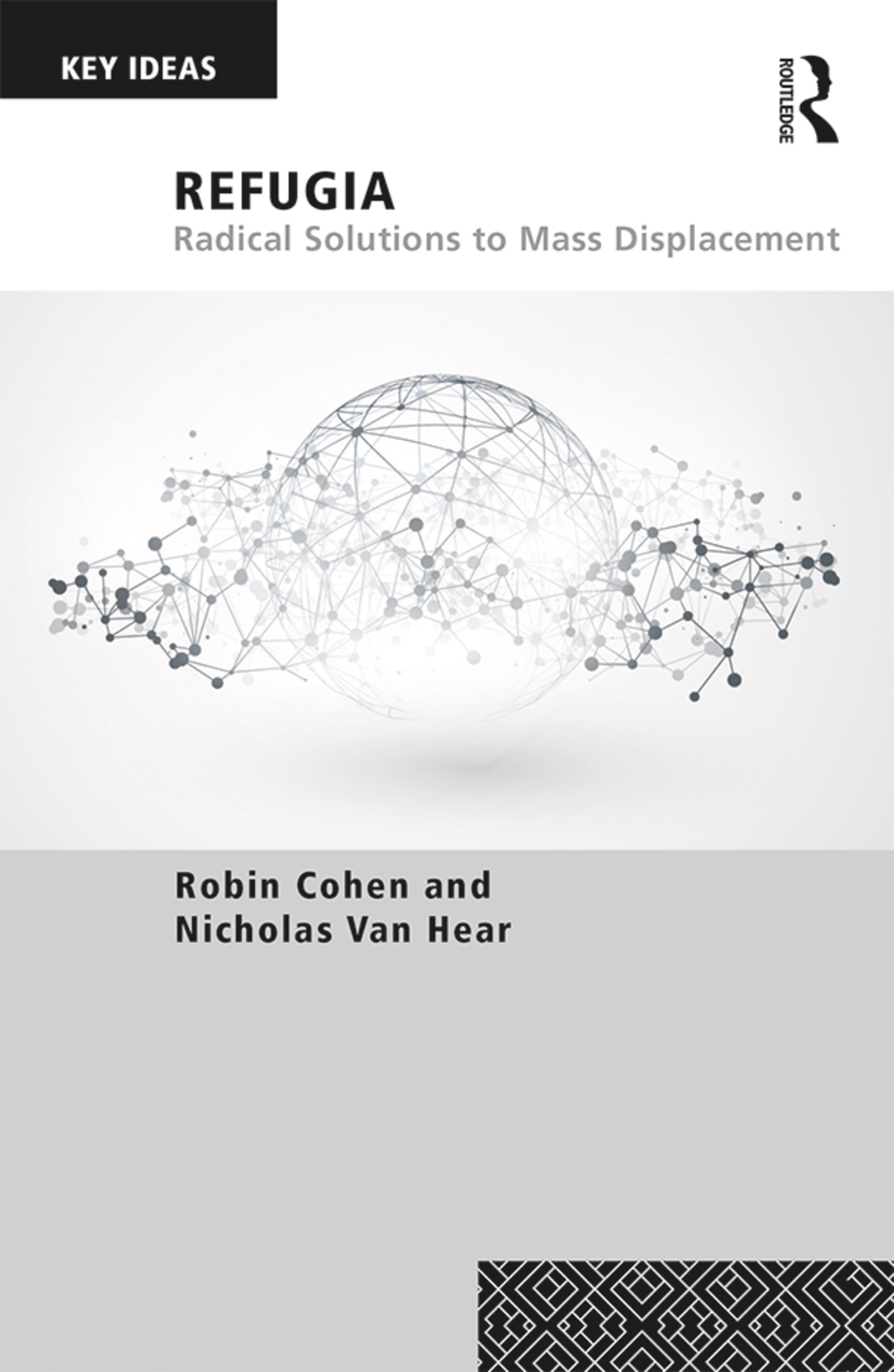