Despite its shortcomings, Small Security Dilemma: Kuwait after 1991is worth reading to augment the scope of studies on security, small states and the Gulf region. Its compartmentalized approach to sources of small state insecurities (military, economic, social, political and environmental) and a holistic proposal to safeguard security is quite stimulating for further research. Finally, yet importantly, the clear and flowing language of the book provides an enjoyable and comprehensive reading for those who are interested in Kuwait’s security.

On August 2, 1990, Iraqi forces entered Kuwait and invaded the small Gulf kingdom within two days. The invasion of Kuwait was devastating for the entire region in the post-Cold War era, as for the first time an Arab state invaded another Arab country. The international coalition forces led by the U.S. repulsed the Iraqi aggression and Kuwait was liberated in 1991. The Kuwaiti invasion was transformative for intra-Arab relations, identities and alignments; regional security structures; relations with extra-regional powers and even the Arab-Israeli conflict.

While there is an exhausting literature on this particular period, Radhika Lakshminarayanan’s recent book, Small Security Dilemma: Kuwait after 1991, focuses on Kuwait’s strategies of survival as a small state in a turbulent regional environment since its liberation. Lakshminarayanan’s academic interest in Kuwait traces back to 1993, when she visited Kuwait for the first time and the physical and psychological impacts of the invasion were still evident. Dr. Lakshminarayanan is an associate professor at the American University of the Middle East, Kuwait; her research focuses on small state studies, Middle East foreign policy and diaspora studies.

The book consists of five thematically designed chapters in addition to an introduction and a conclusion. In the first chapter, “Small States in a VUCA World,” the author defines the concepts of small states, their unique security needs and the regional security complex. Further, she exclusively focuses on the evolution of the balance of power, small-state alliance strategies and small-state security dilemmas in the literature. She articulates the acronym VUCA (Volatile, Uncertain, Complex and Ambiguous) to define Kuwait’s security environment in a multipolar world. The second chapter focuses on this particular environment in a more detailed fashion; Lakshminarayanan locates Kuwait geographically and presents the historical evolution of its security from pre-oil era dependencies toward self-reliance and multilateralism after 2003. Lakshminarayanan defines oil and location as geo-economic and geo-strategic challenges to Kuwait’s security.

In the third chapter, “Kuwait’s Regional Security Architecture,” the author coins the term ‘South West Asian Security system’ in analyzing mechanisms and issues of regional dialogue and security (p. 57). According to Lakshminarayanan, the permanence of inter-stare rivalries and the extensive militarization of the region have prevented any meaningful panregional cooperation. Further, its geo-strategic position and oil-energy security dimensions render the Arabian Gulf vulnerable to global power interventions, a problem that poses a significant challenge for small states in the region. The chapter also deals with Kuwait’s security relations with major regional actors, namely Iran, Iraq and Saudi Arabia, underlining that Kuwait is “compelled to maintain a tight balancing act between its three large neighbors” (p. 69). Chapter 4 turns to Kuwait’s extra-regional security partnerships; these became crucial after Iraq’s invasion, which exposed the vulnerabilities of small states like Kuwait. Kuwait’s diversified bilateral security relations with the United Kingdom, the United States, France, China, Russia, India, and Türkiye are well reflected throughout this chapter. Particularly, Lakshminarayanan values Kuwait’s strategic defense relationship with Türkiye as ‘complex hedging with new allies’ (p. 84). At the very end of the chapter, she reflects on Kuwait’s military parameters, arms procurements and operational capacity, and the nuclear dimension in the Gulf region.

The fifth chapter, “Dynamics of Kuwait’s Foreign Policy and Security,” engages with the dynamics between foreign policy making and security. Lakshminarayanan asserts, “at any point in Kuwait’s history, its security concerns have always overcast its foreign policy decisions” (p. 90). She zooms in on the post-1990 period as the most formative phase in Ku[1]wait’s security dynamics. Giving the readers a hint of securitization theory’s widened scope of ‘security,’ Lakshminarayan focuses on Kuwait’s political, economic (oil-dependency), social (demographics of a rentier state), environmental (including water and food security) and military security dimensions. She touches only lightly upon security threats from non-state actors and concludes with Kuwait’s mediatory approach and humanitarian diplomacy as important foreign policy measures to enhance its security.

The concluding chapter reiterates the security dilemma of small states like Kuwait in the face of domestic and external challenges. For Lakshminarayanan, Kuwait’s current strategies of balancing and counter-balancing fall short of ensuring its security, and she proposes a holistic approach to its national security via integrating military and non-military elements with comprehensive reform in domestic and foreign policy. The panacea for Kuwait’s sustained security, she argues, lies in a system of diversified alliances, economic partnerships, progressive hedging strategies, self-confidence and self-sufficiency.

In review, the book is a relevant contribution to the most recent literature on the security of the small states of the Gulf region. The author’s focus on Kuwait as a case study poses a contrast to the academic tendency toward the more assertive small states of Qatar and the UAE in the literature on the region, and allows for further intra-region comparison. Further, Lakshminarayanan’s attempt to develop a holistic view of Kuwait’s security as a small state reveals the importance of moving beyond the misleading dichotomies and hierarchies of domestic vs. external, hard power vs. soft power, amity vs. enmity in international relations.

Despite these merits, a number of reservations on theoretical, methodological and empirical fronts can be raised. Regarding the theoretical orientation of the book, Lakshminarayanan puts great emphasis on structural factors in documenting the security environment surrounding Kuwait as an inevitable given and presents its strategies as mere ‘responses’ to those factors. A more nuanced analysis would give more agency to Kuwait by seeking to understand how the foreign policy-making preferences of an oil-rich small state affects security structures. Methodologically, the book adopts “an inductive, descriptive-analytical method” (p. 23), yet the author does not go any further in explaining her methodological foundations, methods of data collection or sources. It would be quite constructive and convenient to dedicate a brief section to methodology.

Empirically, the author relies heavily on secondary sources, namely books and journal articles, in supporting her arguments on the topic. Some descriptions of Kuwait’s own understanding of its security (constant fear of Iraqi attack (p. 47); obsession with siege mentality (p. 69); perpetual psyche of insecurity and fear (p. 106) would be further supported by primary sources, given the author’s first hand experiences and long-term presence in the country. Further, Lakshminarayananen gages very thinly with Kuwait’s foreign policy tools, sources, institutions, strategies and ‒ more importantly‒ their tangible impacts on its security. For instance, she argues, “Kuwait has successfully juggled ‘Dinar Diplomacy’ and capitalized on financial capabilities for political and security gains so as to win and influence friends and reduce enemies” (p. 102). Yet, for such a comprehensive generalization, more empirical support is required, given the fact that Kuwait was one of the major Gulf aid donors to Iraq in the 1980s, and that its aid to Yemen and Palestine fell short of winning friends in the face of Iraqi aggression toward Kuwait in 1990.

In conclusion, despite its shortcomings, Small Security Dilemma: Kuwait after 1991is worth reading to augment the scope of studies on security, small states and the Gulf region. Its compartmentalized approach to sources of small state insecurities (military, economic, social, political and environmental) and a holistic proposal to safeguard security is quite stimulating for further research. Finally, yet importantly, the clear and flowing language of the book provides an enjoyable and comprehensive reading for those who are interested in Kuwait’s security. 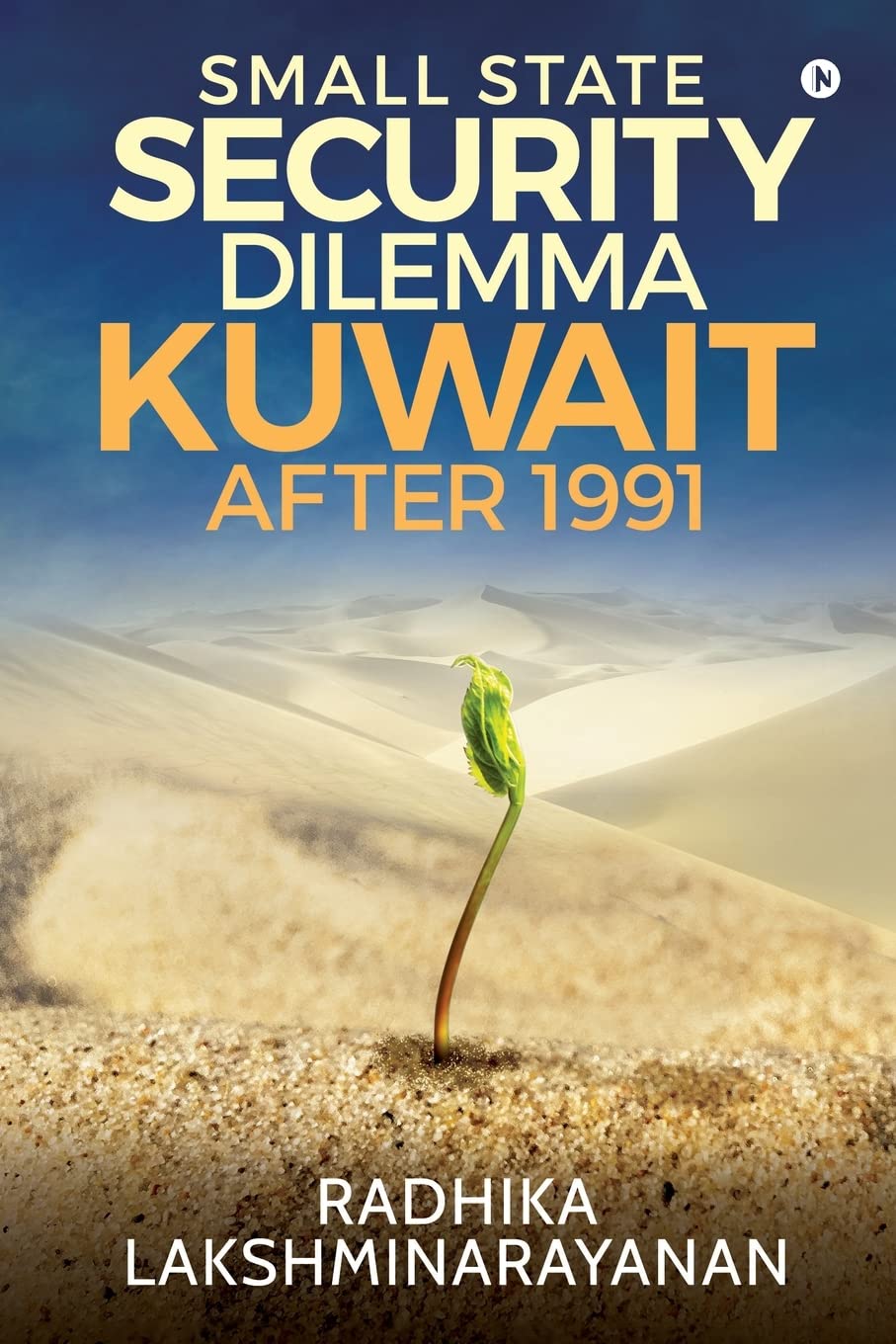 The Quest for Soviet Legacy in Russian Foreign Policy