In this book, Madsen assesses the economic policies of the military governments established in these two countries and discusses American policy with a special focus on army commanders. Although the book does not shed light on the relations between American corporations and politicians that aim to economically exploit the occupied lands, it presents a reasonable analysis from a political-economic perspective on a critical period in political history focusing on the policies of military leaders in Japan and Germany.

Grant Madsen, an Associate Professor of History at Brigham Young University, tackles the impact of U.S. armed forces in shaping economic and social policies in Germany and Japan following WWII in his scholarly book, Sovereign Soldiers: How the U.S. Military Transformed the Global Economy after World War II. In this book, Madsen assesses the economic policies of the military governments established in these two countries and discusses American policy with a special focus on army commanders.

The author presents military generals, namely Dwight Eisenhower and Douglas Mac Arthur as the representatives of an external state which is the U.S., respectively in Germany and Japan. These American generals are the leaders of the military regimes operating outside the territories of the U.S. but still depend on Washington. The author borrows the concept of ‘external state’ from political theorist Robert Latham; according to Lantman, an external state is “more than an external face to the state,” and can be thought of as “the organs that are literally situated and deployed in the external realm” and “distinct not only from the internal state” but also from “those institutions which command authority over the deployment process itself, the state center” (p. 7).

This perspective is contrary to the understanding that foreign policymaking is the purview of a unitary state. Based on the conceptualizations of the academic arguments he deploys, Madsen defends the actions of the American state in its occupations as having been determined by the prompt answers of U.S. military commanders; these elites take actions based on their own understandings, instincts, and subjective foresights, rather than following a roadmap dictated by a central authority, in this case, Washington, as a unitary actor.

Madsen arranges his historical framework in a way that contrasts with the commonly accepted narratives of American foreign policy; he remains distant from the well-known label of ‘empire-building,’ which has been used to characterize American occupation strategies. He also approaches another commonly argued narrative with caution, specifically the one that regards American foreign policy as an outcome of the interests of strong business and political interest groups. Madsen argues that this way of thinking is not sufficient to understand the foreign policymaking of the U.S. following WWII in Germany and Japan. The author gives a retrospective account of the U.S. military chain of command and its dimensions, positioning the U.S. armed forces as an ‘external state’ in various cases in political history, concluding with American foreign policymaking vis-à-vis Germany and Japan following WWII.

According to Madsen, American imperialism started to flourish in the 19th century; however, it was structurally different from European imperialism and the way it had approached colonizing lands since the 15th century. Following the Spanish-American War, the military power of the U.S. started to increase dramatically. The U.S. administrations preferred to utilize the armed forces as a governmental unit in its invasions, as a military body that has not followed the rules of the central authority, Washington, but has rather proceeded on a path set by the subjective acts of the top military commanders in the region. In light of this analysis, military figures such as Dwight D. Eisenhower and Douglas MacArthur, who are covered in Madsen’s book in detail, play an active role in shaping the social, political, and economic structures and implementing policies in territories occupied by the U.S., particularly Germany and Japan. According to Madsen, military figures have been determinant in shaping American foreign policy from the Philippine invasion during the Spanish-American War to the occupation of Japan and Germany after 1945.

Madsen argues that the military figures who took on an essential role in implementing policies in occupied Germany and Japan were inspired by their past wartime experiences as well as their own characteristics, ideologies, and tendencies. Accordingly, Dwight Eisenhower emerged as a comprehensive thinker during his service as a U.S. military governor in Germany, whereas Clay functioned as Eisenhower’s deputy governor from 1945-1947, taking over as governor in 1947. The two confronted an economic mess in Germany. The German currency, the Reichsmark, had become a worthless unit due to hyperinflation. Rather than the Reichsmark, simple barter agreements had begun to be used to conduct business and exchange goods. Eisenhower and Clay aimed at restoring the market economy and stabilizing the Reichsmark, creating incentives for production and labor. They borrowed their economic policy from an American banker, Joseph Dodge, appointing him head of the Finance Division in post-war Germany. The roadmap that Dodge offered aimed to achieve a monetarist-oriented balanced budget by pursuing low inflation policies. According to Madsen, the military commanders implemented pragmatic rather than ideological policies. This was done to foster the market economy and stabilize the financial system. Rather than internalizing a ‘big government,’ they followed a policy-oriented toward a social welfare state, with strict taxation and a monetary policy to control inflation. In Madsen’s view, the economic policies implemented in Germany by the military commanders opposed those of the State Department officials in Washington, who fostered an economic policy that would bring about the collapse of German industry. Similarly, the military officers in charge did not follow the suggestions of the Treasury Department, which aimed at a ‘punitive peace’ that the generals viewed as an obstacle to German economic recovery.

In the Japanese case, Madsen argues, General MacArthur confronted similar problems. The bureaucratic apparatus that MacArthur controlled in Japan was a pro-Keynesian unit aimed at fostering economic growth nationwide with a worthless currency while targeting extreme inflation rates and accepting high unemployment figures. General MacArthur followed a policy in Japan that made political reform a priority over economic reform. Within a few weeks after taking power, MacArthur abolished censorship, released political prisoners, introduced female suffrage, legalized labor unions, and abolished child labor. These changes were made official in the constitution written under MacArthur’s control, which Japan was forced to accept. However, the policies implemented by General MacArthur did not yield tangible results, which led President Truman to task Joseph Dodge, who was serving in Germany under Eisenhower at the time, with the recovery of the Japanese economy. As a result of Joseph Dodge’s efforts in Japan, the actions of many of the pro-Keynesian bureaucrats and even MacArthur himself were reversed; they were replaced with ongoing economic policies that fostered public spending, non-transparent ministerial decision-making processes, and avoided inflation, which prevents a free market economy from functioning. Although the book does not shed light on the relations between American corporations and politicians that aim to economically exploit the occupied lands, it presents a reasonable analysis from a political-economic perspective on a critical period in political history focusing on the policies of military leaders in Japan and Germany. 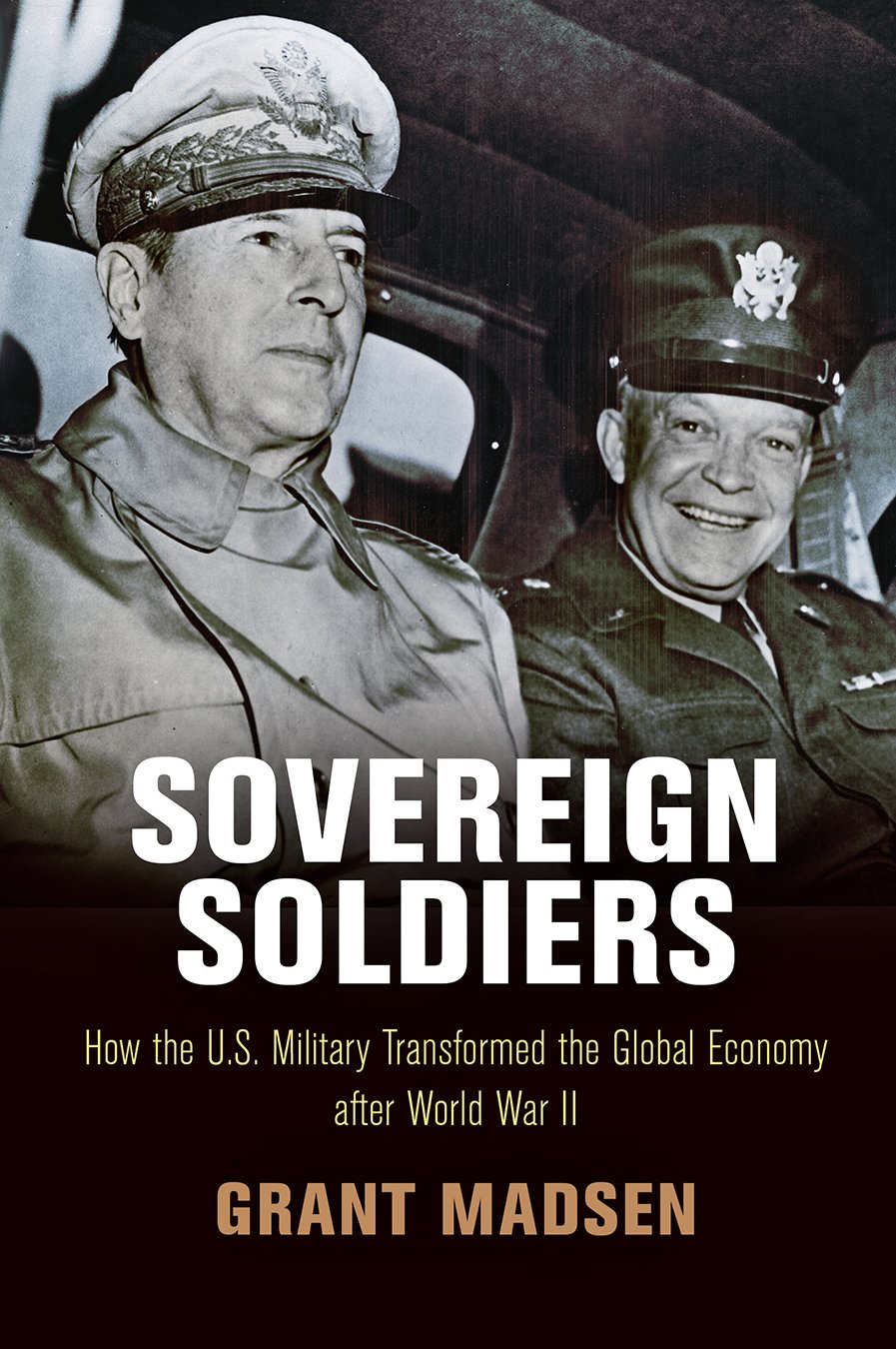 The New German Coalition and Its Impact on EU-Turkey Relations