The Everlasting Empire: The Political Culture of Ancient China and Its Imperial Legacy

While dynasties rose and fell in the geographical area now called “China,” in this book Yuri Pines treats the Chinese empire since the Qin dynasty as a whole and inquires into its longevity.

While dynasties rose and fell in the geographical area now called “China,” in this book Yuri Pines treats the Chinese empire since the Qin dynasty as a whole and inquires into its longevity. This inquiry is justified by Pines’ in-depth discussion on several continuous characteristics of Chinese imperial system and political culture: the persistent belief in the “Great Unity” and in absolute monarchism; the theoretical omnipotent monarchs and the practical “checks and balances” of the imperial bureaucrats; the literati class as the locus of both political and moral/cultural authority; and the exclusion of commoners from actual political processes. Focusing on the intellectual aspect, Pines draws connection between pre-Qin thought and political ideology of later times, effectively synthesizes scholarship on post-Qin developments, and shows numerous insights into the intrinsic tensions within Chinese political history.

The first chapter traces the belief in the “Great Unity” to the Warring States period, a period after the experiment on a multistate system had just failed and when thinkers only debated over “how to unify the world” instead of “whether or not it should be unified.” Unlike the nomads who believed unity only happened occasionally under exceptional leaders, the Chinese deemed it as the norm and the proof of a regime’s legitimacy—although the territorial definition of “unity” was always flexible. Such a belief and the fact that “China never developed adequate means of peaceful coexistence between contending regimes,” according to Pines, contributed to China’s constant unification after fragmentation, as unification was “the only way to stop such bloodshed.” I have two questions here. First, how did thinkers from the Warring States period differ in terms of what unification means? When Mencius said, as Pines quotes, “stability is in unity” (or literally, “stability is in One”), did he mean that all regions should be under one centralized monarchy or that all should follow the same moral principle such as benevolence? Second, since the border of one “unified” dynasty was never the same with that of another, how did a dynasty decide to what extend it was “unified” enough to avoid bloodshed? How do we distinguish the rhetoric of stability from excuses for territorial expansion? How do we decide whether an exterminatory war was out of strategic aggressive defense (like the one between the Qing and the Zunghars as studied by Peter Perdue) or an action dictated by the belief in unity?

In the second chapter Pines keenly points out the tension between the monarch’s institutional omnipotence and the intellectuals’ attempts to balance that power, and how such an institution was ironically sustained by the bureaucrats’ effective “checks and balances.” It is also insightful to look at Chinese monarchism from its religious aspect: the sacredness of the throne and its authority above all religions. Pines holds that the belief in strict monarchism was founded during the Warring States period by the consensus of thinkers of that time (with only the exception of Zhuangzi) and remained unchallenged for the next two thousand years. It is generally true, although Zhuangzi was perhaps more than just a radical exception. Zhuangzi and the fourth-century poet Tao Qian (who had pictured vividly an anarchist utopia, a small village isolated from the rest of the world since the rise of the Qin empire) had been the kindred spirits of generations of dissenters. And Huang Zongxi (mentioned in the third chapter) certainly did not abandon monarchism as a whole but he did propose that good rulers could only exist under good laws, that is, institutional limitation of the emperor’s power. Huang did not go into details, or perhaps he could not. The fact that we do not see substantial writings challenging monarchism fundamentally might not simply be a (ideological) cause but a (realistic) result of the lasting monarchism in Chinese history.

The third to the fifth chapters are allocated to three groups of people respectively: the literati, the local elite, and the commoners. While boundaries among these groups had always been blurred, what Pines effectively discusses in the three chapters are a series of tensions, their consequences, and solutions: the tension between intellectuals’ self-confidence in moral leadership and their political dependence on the rulers; the conflict of economic interests between the elites and the state; popular uprisings as the by-product of the political tradition which deems the commoners to be the foundation of a state and yet at the same time excludes them from policy making. The final chapter on the modern age is relatively weaker than the other chapters. In addition to a few minor problems, the links that Pines draws between the imperial era and the twentieth century are sometimes abstract and arbitrary. For instance, when applying the belief in “Great Unity” from imperial China to explain contemporary PRC policies, Pines seems to have ignored the notion of territorial integrity that is specific to modern nations and confused the effect of that notion with imperial ideology.

My major criticism of this book, however, lies in the core question that it raises—how “the Chinese imperial system attained its unparalleled endurance”—and its prioritizing ideology to answer that question. The premise is that there was an imperial system that had essentially remained unchanged. What remained unchanged (and what was different) constitutes the “essentials of Chinese political culture.” Towards the end of this book, it becomes clearer that what Pines tries to answer is the kind of question about why something did not happen in history—why a lasting multi-state system (like in Europe) or an alternative to monarchism (like the French Revolution) did not emerge in pre-20th-century China. As he puts it in the chapter on popular uprisings, “Why did none of [the rebels]—either sectarians or outlaws—try to establish an alternative political order to supplant that against which they supposedly rebelled?” And it was due to the “hegemonic position of the imperial political and ideological system. The rebels simply had no alternative to the extant imperial order” (158). Pines proposes that the answer to his questions should be “sought primarily in the realm of ideology” (11). Ideology is certainly an important dimension of any history. But I do not believe it is practically possible to argue that ideology is more(or even the most) decisive than any other factors—the social, the economical, the ecological, and so on. A kind of circular reasoning occurs in this book. When arguing that the ideology of X (unification, monarchism, etc.) was the primary reason for the reality of X, Pines uses the reality of X as his talking point.

Nevertheless, Pines is successful in pointing out many critical characteristics of Chinese imperial system and political culture, not only the ideological but also the institutional and the practical, which are indeed highly relevant to the system’s sustainability. 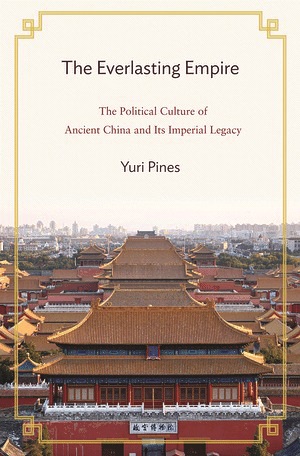 Are Muslims Distinctive? A Look at the Evidence

The Seljuqs: Politics, Society and Culture