The Imperial Discipline: Race and the Founding of International Relations

The book provides a much-needed disruption in the discipline of IR, whose hegemonic nature too often goes unnoticed and unchallenged. The authors have engaged in strong archival research to uncover the progression of internationalist visions through the Round Table network. The authors seek to decolonize IR by bringing in non-Eurocentric perspectives and visions.

While the Round Table aimed at achieving a more efficient imperial governance and sought to place the empire in a position of controlling world affairs, it eventually led to placing the Global South in an important position in the founding of IR. It was in this period that IR scholarship became intertwined with imperial racial thought. The first chapter details the role of Lionel Curtis in propagating the ‘scientific method of the Round Table’ (p. 20). The launch of the eponymous journal, The Round Table, initially sought to further imperial ambitions but eventually began to focus more on international issues during the inter-war period. The chapter locates the ways in which knowledge was produced and the manner in which the key players around the Round Table disseminated the imagination of ‘the international’ intertwined with the notion of the Commonwealth. The second chapter engages with the proliferation of the Round Table network into Canada. Curtis’ role remained central in that the Canadian Institute of International Affairs could be viewed as the beginning of IR in Canada. Despite the shortcomings of imperial IR due to the diversity of views among the major institutional actors, the Canadian internationalist vision reflected some traits of Curtis’ vision’ to ‘control and maintain world affairs’ (p. 59).

The third chapter engages with the development of international thought in Australia. Locating the genesis of the discipline of IR in colonial history, the chapter engages with the role of the Round Table and the establishment of the Australian Institute of International Affairs. Curtis’ arrival in 1910 and his efforts to concretize the ideas of the Round Table eventually found success and led to the foundation of a ‘white Australian IR’ that started to prioritize the study of East Asia (p. 80). The overall vision of the Round Table, despite some alterations, remained intact: the desire to keep the empire together. The fourth chapter focuses on South Africa. It provides a detailed analysis of the role of Jan Smuts in the founding of a specific kind of IR related to the enmeshment of race with IR thought. It reflected the ‘tradition of the Curtis Method’ and was manifested in the rise of Apartheid and racial segregation along with the ‘claim of impartiality’ (p. 98). The fifth chapter on New Zealand situates the island country in the tradition of the Round Table. Race again features as a ‘crucial part’ of New Zealand’s ‘external relations’ (p. 104). The chapter discusses the relationship between the indigenous Maoris and the white colonizers. The founding of the New Zealand Institute of International Affairs and its links with the Institute of Pacific Relations solidified the connection between domestic race relations and the broader international affairs of the country. The Curtis Model was not easy to implement in New Zealand, and its international imagination rested on the idea of being a ‘kinder imperial overseer than Australia’ (p. 119).

The sixth chapter, on India, situates the general inability of the Indian Institute of International Affairs (IIIA) to fulfil its mission or to implement the Curtis Model. It then engages with the emergence of the Indian Council of World Affairs, based on the Institute of Pacific Relations, and the struggle that ensued with the IIIA over legitimacy (p. 132). The clashes were exacerbated by the existent political rivalries driven by colonial attachments and anti-colonial nationalism. The concluding chapter seeks to bring together the ‘loose narrative strands’ of the five countries, which are woven through the common thread of the Round Table (p. 141). It reiterates the role of the complex colonial interactions that led to the emergence of the interconnected, yet differentiated and global nature of the discipline.

The Imperial Discipline provides an analysis of the spaces created for imagining the international along with the role of the Round Table, as well as the establishment of institutes and journals that engaged with a vision of the international. Its effort to decolonize IR by challenging ‘Eurocentric historiographies’ is remarkable (p. 147). The book follows an interesting, story-telling approach that makes it an easy read, despite being a serious academic intervention with extensive use of archives. The reader is able to relate to the main protagonists and other relevant ‘characters’ in the story of the emergence of the discipline.

The book provides a much-needed disruption in the discipline of IR, whose hegemonic nature too often goes unnoticed and unchallenged. The authors have engaged in strong archival research to uncover the progression of internationalist visions through the Round Table network. The authors seek to decolonize IR by bringing in non-Eurocentric perspectives and visions. The book provides fodder for researchers interested in problematizing and retheorizing the ‘International.’ It will be of great interest to scholars and practitioners of IR, especially those seeking to question the epistemological foundations of the discipline and challenge the normalized vision of the international. 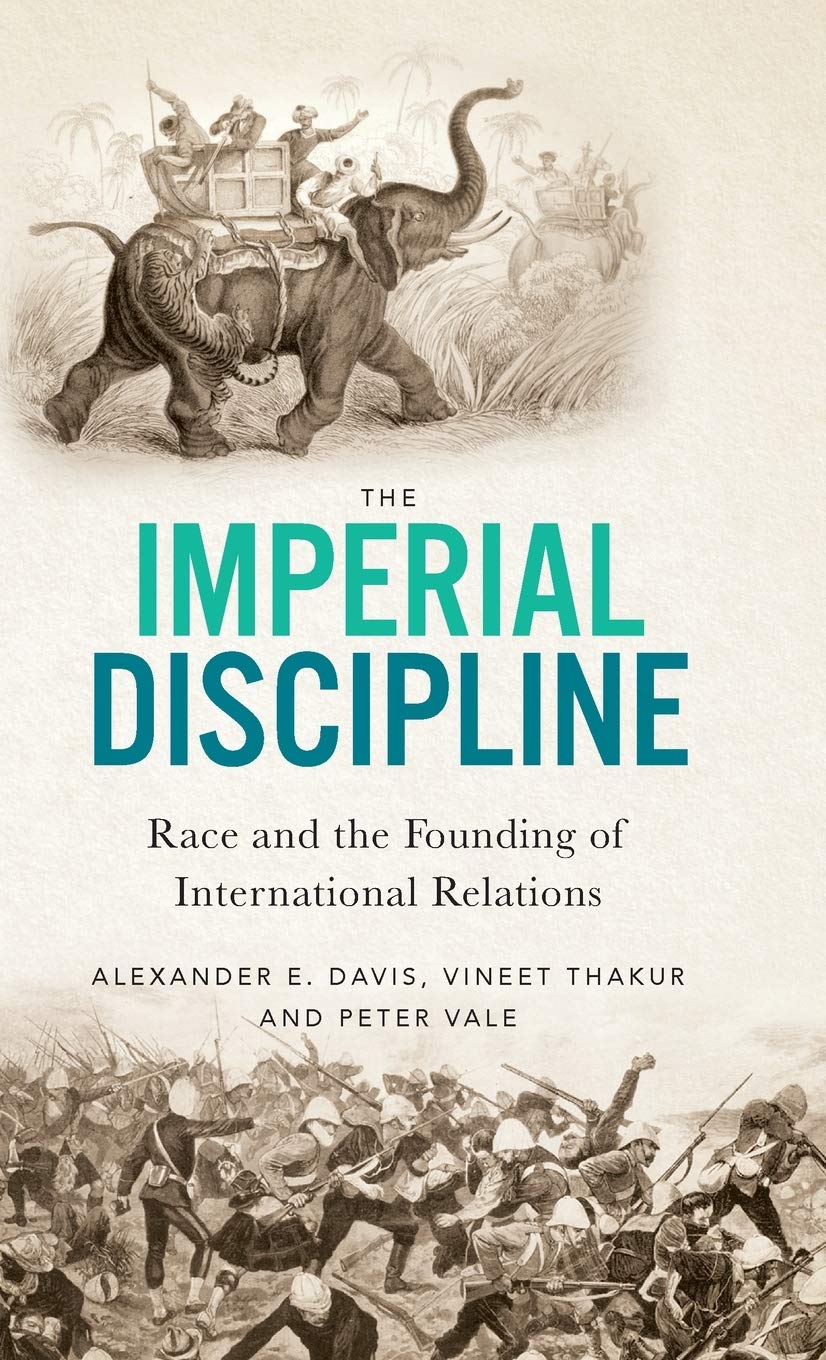 Footloose Workers in Times of Calamities: A Case Study of the 2018 Kerala Floods