Studies on the Ottoman modernization of Arab provinces have received an increasing amount of attention by historians. Concordantly, scholars are using Ottoman sources to a growing extent. In this sense, Ebubekir Ceylan’s book, which is recycled from his PhD dissertation, is an important contribution to the existing literature.

Studies on the Ottoman modernization of Arab provinces have received an increasing amount of attention by historians. Concordantly, scholars are using Ottoman sources to a growing extent. In this sense, Ebubekir Ceylan’s book, which is recycled from his PhD dissertation, is an important contribution to the existing literature. He uses new materials from the Ottoman and the British archives as well as Arabic and English periodicals. The book analyses provincial capitals, and key concepts such as Tanzimat reforms, centralization, modernization and Ottomanism. It has six chapters analyzing the different aspects of the Ottoman modernization of Baghdad. The book starts with the fall of the Mamluks in Baghdad in 1831 and beginning of the Ottoman centralization of the city. However, the chapters are organized according to topic rather than chronology.
In the first chapter, “Geography, People and History of Ottoman Iraq and Baghdad,” the author deals with the geographical distance between Baghdad and the Ottoman center and how this prevented the Ottomans from establishing proper control over the city. He also emphasizes how this “question” was resolved by the introduction of modern transportation means such as the Baghdad railway. Ceylan then sheds light on the ethnic, religious and urban/nomad structure of the population in Baghdad and its historical transformation in the modern period. Finally, he describes the rise and fall of the Mamluks in Baghdad.

Chapter 2 focuses on “bringing the state back in” with the reassertion of direct Ottoman rule in Iraq. The author argues that the reasons for Ottoman centralization were the Persian threat to recapture Baghdad and tribal disorder in the region. He describes the fall of the Jalilis in Mosul, collapse of the Kurdish emirates in northern Iraq and the disintegration of the semi-independent dynasties in Baghdad through the use of Ottoman and British documents. The threat of the nomadic tribes to the order in the province was reduced by the expansion of the Ottoman administration. Ceylan then analyzes the conscription of Iraqis for the reinforcement of the provincial army.

Chapter 3 analyzes Ottoman provincial administration in Baghdad. Since Baghdad was one of the most important provinces in the empire, its governors were selected among high-ranking officials and, as demonstrated in detail by Ceylan, played a significant role in the reassertion of Ottoman authority between 1831 and 1872 as the agents of the centralization policies. He reserves a special place for Midhat Pasha’s reforms in the history of Iraq. However, he notes that it is misleading to treat the provincial governors preceding Midhat, such as Reşid and Namık Pashas, as if they were non-existent. Apart from the governors, the chapter also includes valuable information on the provincial bureaucracy in Baghdad, i.e., low-ranking officials. The creation and dissemination of the Ottoman bureaucracy in Baghdad is described in detail in the book.

Chapter 4 and Chapter 5 seek to consider the extent to which the centralization reforms, i.e., Tanzimat, were carried out in Baghdad and Iraq. In Chapter 4, Ceylan gives special attention to the establishment of provincial administrative councils and the implementation of two significant laws, namely the Provincial Law of 1864 and Ottoman Land Code of 1858. He argues that the introduction of these laws had a lasting influence on the history of Baghdad and Iraq. In Chapter 5, the author discusses the influence of the implementation of centralization reforms on tribal structures in the region and concludes that the application of these laws led to the dissolution of tribal structures. He also sheds light on the disagreements between the central and provincial government during the implementation of these reforms.

The final chapter examines the development of public works in the Tanzimat period. In total compliance with the title of the book, the author indicates that the governors of Baghdad, especially Midhat Pasha, built all the instruments of a modern state in Baghdad – namely schools, public buildings, prisons, barracks, transportation infrastructure, hospitals and communications infrastructure (telegraph lines and postal services) – which enabled them to control the provinces and its citizens.

Ebubekir Ceylan’s book skillfully presents the political and social modernization of late Ottoman Iraq and Baghdad in an eminently readable narrative. His well produced book contains useful charts and maps. Ceylan contributed a truly valuable piece of work using a considerable amount of sources, providing new perspectives on the history of a comparatively neglected district of the late Ottoman Empire. 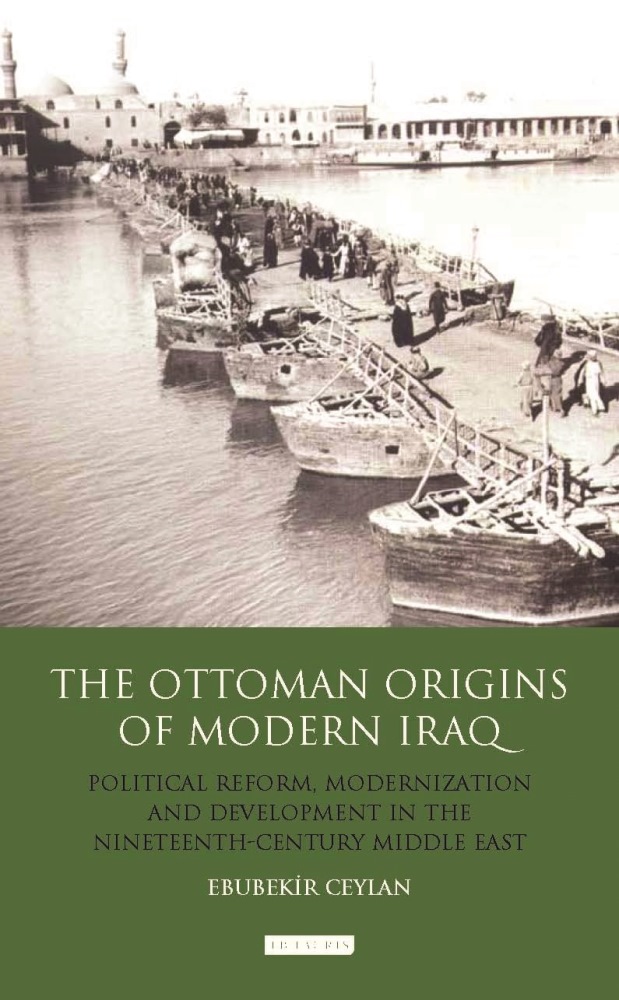 Publisher
London: I. B. Tauris