What happened in 1915 is a much debated issue by scholars and researchers as well as politicians. Turkey’s official position labeling other claims on the topic as “so-called” has been increasingly questioned by Turkish academics and prominent thinkers.

What happened in 1915 is a much debated issue by scholars and researchers as well as politicians. Turkey’s official position labeling other claims on the topic as “so-called” has been increasingly questioned by Turkish academics and prominent thinkers. Taner Akçam, Professor of history at the Center for Holocaust and Genocide Studies at Clark University, rejects Turkey’s proposition and claims that even if Turkey’s official history tries to reject the Armenian Genocide, the reality can be demonstrated by investigating the Ottoman archival sources, especially those belonging to the Ministry of the Interior’s Office of the General Directorate of Security, the Cipher Office, and Post-War Court-Martial Trials. Akçam supports his main thesis also by using German, British, Austrian, and U.S. archives, which he believes “tell the same story but from different points of view” (p. xxiii).

The book is an edited translation of its Turkish version, “Ermeni Meselesi Hallolunmuştur”: Osmanlı Belgelerine Göre Savaş Yıllarında Ermenilere Yönelik Politikalar (İstanbul: İletişim Yayınları, 2008). It consists of 12 detailed chapters containing stories of the different steps taken to homogenize Anatolia by deportating non-Muslim communities, which started to be a national security problem for the Committee of Union and Progress (CUP) during World War I. In the preface, Akçam claims that the demographic policy implemented by the CUP shows a genocidal intention, especially towards the Greeks and Armenians, because it became an existential issue for the Committee. The whole aim of the book aims to prove this by using official documents from the Ottoman archives together with foreign archives. Principally, the “dual-track mechanism” takes center stage in almost every chapter of the book. While members of the CUP and other Ottoman authorities used official cables and cipher telegrams titled “extremely urgent and top secret” to transmit their orders to the provinces, they also created a “secret network” (şebeke-yi hafiye) to carry out their main commands. Chapters Three and Four concentrate on how the unofficial Secret Organization (Teşkilat-ı Mahsusa) and other individuals were used during the deportation process of the Greeks based on memoirs and records of the trials. Other chapters describe how the aim of homogenizing Anatolia was implemented in the Armenian case and show details of how the settlement policy – or “social engineering project” in Akçam’s words – was conceived by CUP members and produced a genocidal process.

Although Akçam uses different evidence to support his main thesis, he misses some points that are very important to confirm the accuracy of his argument. In Chapter Five, “Anti-Armenian Policy,” the author examines different theories on the 1915 events. Even if there is a common argument among some scholars that “the CUP had decided on a policy of annihilation and was awaiting an opportune moment to put it into practice,” Akçam finds this argument to be speculative (p. 139). Additionally, he believes that annihilation was not a necessity the way it occurred during war time (p. 125). At this point, he fails to form a strong theoretical framework for the proccess of annihilation. If it is neither a preplanned nor suddenly taken decision, how could it be clarified in a well-defined context? He underestimates the question when the idea of annihilation is addressed, but the lack of an answer to these questions creates a gap in his thesis.

In addition to these questions, Akçam’s use of different terms to describe the 1915 events, such as genocide, annihilation, crime against humanity, deportation, annihilation and massacre – one of his books is titled “a shameful act” – which may lead to confusion in trying to understand the theoretical position taken in the book. Using these words without definition or reason can cause confusion for the reader, especially one who is not familiar with the topic. The function of these words should be clarified by giving the purpose for their use and underlining their similarities and differences. Starting from Chapter Four, the author claims that the annihilation policy implemented towards the Greeks is different than that of the Armenians because the Greeks were politically powerful. However, he uses the same terms and concepts for both. Thus, using these assertive words without giving their meanings and functions causes confusion. Moreover, some of these terms do not make any sense in such an academic work, as they are related to ethical and moral issues. It harms Akçam’s objective approach, which is necessary for academic research. Even if he clarifies in the conclusion that he discusses this issue as a moral rather than legal concern and that he chose these words on purpose, it decreases the academic quality of the work.

As mentioned before, the main argument of the book depends primarily on the archival sources of the Empire. Besides memoirs belonging to Talat Pasha, Halil Menteşe, Kuşçubaşı Eşref, and other prominent figures of the era, several secondary sources were also used. While using a large number of sources strengthens the validity of hypothesis, it also transforms the work into a narrative rather than remaining analytical. Outside of the first and last two chapters, the book contains a great deal of information, but lacks analyses. Due to the analytical deficiency in these chapters, the hypothesis of the book cannot efficiently be associated with the data.

Overall, Taner Akçam’s work is valuable in providing references for the relationship between the settlement policies of the CUP during WWI and the deportation policy against the non-Muslim population. It contains a great number of sources belonging to both Ottoman and foreign sources. Academics who are particularly interested in a comparative study in this field may find this book useful if its deficiencies are also kept in mind. Reading Akçam’s book together with Fuat Dündar’s İttihat ve Terakki’nin Müslümanları İskan Politikası (1913-1918) and Soner Çağaptay’s Türk Kimdir?: Türkiye’de İslam, Laiklik ve Milliyetçilik may be helpful in understanding the background of the CUP’s settlement policy to homogenizing Anatolia. 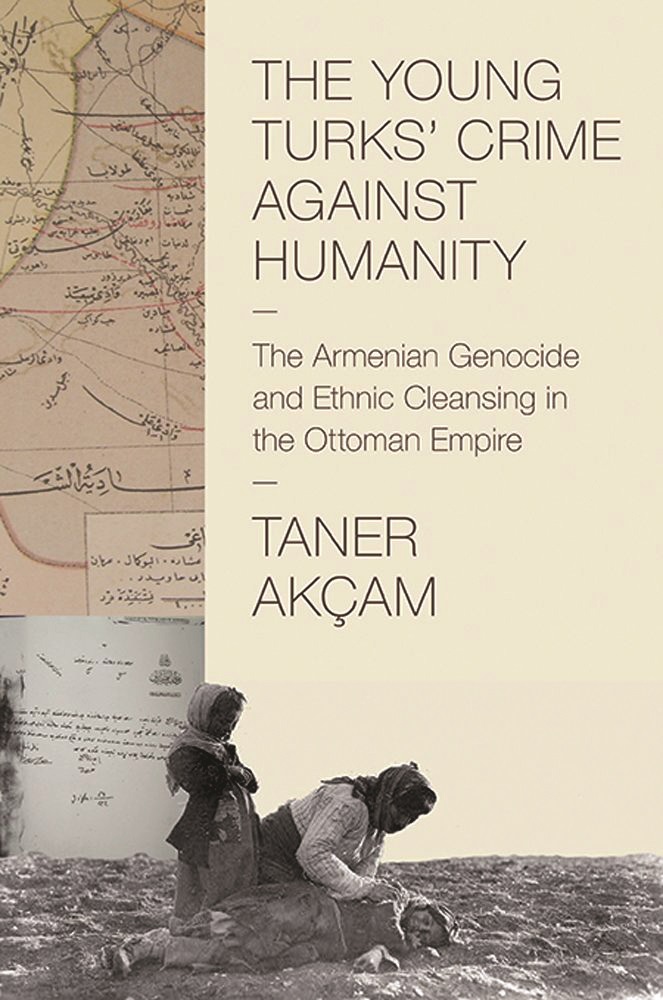 Reimagining Minorities in Turkey: Before and After the AKP

The Ottoman Legacy and Neo-Ottomanism: A Review Article