Turkey: A Past against History

As a careful observer of modern Turkish history and domestic politics, Christine Philliou skillfully addresses the emergence and transformation of the muhalefet concept in the late Ottoman and early republican decades. Enriched with Refik Halid Karay’s relevant writings, Phillou’s research takes readers on a well-designed journey from the 1880s to the 1960s through an objective, socio-cultural prism. A Past Against History is recommended for readers and researchers on late Ottoman and early republican era politics and cultural studies.

Starting with the emergence of political opposition within the country, the history of Türkiye is riddled with examples of political revenge, massive pressure against dissidents, and revanchism. In A Past Against History, Christine Philliou, a historian of modern Türkiye from UC Berkeley, presents a concise evaluation of modern Turkish politics, culture, and society, focusing on the concept of opposition (muhalefet) and placing special emphasis on the intellectual biography of a prominent political opponent (muhalif), Refik Halid Karay (1888-1965).

Philliou explores the eighty-year period between the 1880s and 1960s, which includes the demise of the Ottoman Empire, ten years of continuous wars, the foundation of the new republic, and the first decades of the newborn regime. She structures her account of the major political and socio-cultural framework of each period with reference to the developments in Karay’s personal and political life.

In the Introduction, Philliou elaborates upon the main concepts and general background of the research; she discusses the terms muhalefet and muhalif and the transformation process that began in the last quarter of the empire and prepared the socio-political base of the new republic. She presents Karay as a representative political and cultural figure of those transformation periods with an emphasis on his worldview and intellectual stance against authority.

The first chapter focuses on explaining the tight years (istibdat) of the Hamidian reign (1880s-1908), during which Karay was born to an elite İstanbuli family. Karay’s father had served as the nâzır (superintendent) of the Ottoman Bank, and Karay finished his education in modern Ottoman schools. Those years also witnessed the emergence of the political and military opposition, its coup d’état against the sultan in 1908, and the re-declaration of constitutional order in İstanbul. Philliou compares the two constitutionalist eras (1876 and 1908) regarding the Young Ottomans and Young Turks, whose activities created the background in shaping Karay’s mindset during his youth.

The second chapter discusses the contradictions of Ottoman constitutionalism and the appearance of a new constitutionalist muhalefet following the 1908 revolution until the Committee of Union and Progress (CUP) 1913 coup. These tumultuous years saw the rise of Refik Halid Karay as a prominent opposition figure against powerful CUP leaders in the political and literary sphere; Karay’s nickname, Kirpi (Porcupine), appeared in newspapers, which resulted in his stigmatization as an open critic of the CUP and as a liberal versus the Unionists.

Refik Halid and other critics of the powerful CUP were eliminated from the political stage on the eve of WWI in 1913; approximately 800 dissident intellectuals were exiled to Anatolia at that time. Karay was sent to a Black Sea port city, Sinop. He welcomed the war in his exile and produced no political satire during those years of wartime censorship and harsh pressure on the opposition. The third chapter explains Karay’s exile in the context of wartime Ottoman domestic politics.

The fourth chapter, “True Face of İstanbul,” borrows its title from Karay’s well-known novel, İstanbul’un İç Yüzü, and reveals the general circumstances of the Ottoman port during the highly controversial period of the armistice (mütareke İstanbul’u). Philliou highlights the political and social conditions in Istanbul between the Ottoman WWI defeat in the summer of 1918 and the victory of the Turkish nationalist movement directly commanded and led by Mustafa Kemal (1918-1922). That turbulent era created a fruitful ground for the reemergence of the muhalefet, and Karay skillfully used his satire once again ‒this time revealing a rigid personal stance to Mustafa Kemal and the nationalists in Ankara under his new title as the director of the Ottoman Post, Telegraph and Telephone service.

Following the victory of Mustafa Kemal and his comrades, Karay was included in a list of 150 Yüzellilikler (dissidents) and once again sent to exile; however, his second exile was designed for Karay labeling a quite political accusation, and he was considered not only as a muhalif, but also a traitor to the nation (Vatan haini). Enriched with Karay’s political satire and writings, the fifth chapter gives more detail about his exile in then French Mandate Syria/Lebanon between the years 1922 and 1928.

The sixth chapter takes its name from Karay’s novel There Is a World Underground (Yerin Altında Dünya Var), written in the 1940s. Karay decides to lay down his arms and reinvents himself as an exile eager to return home following his sixth year in Syria. Phillou elaborates on Karay’s quest for rapprochement in supporting the Turkish government’s demands regarding his writings and conversation; at the end of his efforts, he was able to return to Istanbul shortly before Ataturk’s death in November 1938.

The last chapter, “Muhalefet in the Free World,” focuses on Karay’s political and cultural life after 1945. Phillou discusses the global transformations taking place in this era and their influence on domestic politics while depicting Karay’s personal positioning within the domestic sphere. In parallel with global trends, Karay reinvented himself as an advocate of freedom of expression and political rights during that period and passed away in 1965. Philliou finishes the book with an epilogue touching upon Refik Halid’s political legacy as a prominent muhalif in modern Turkish politics, as well as the position of minorities within Turkish society, reminiscent of her own family background as a Greek (Rum) subject of the Ottoman Empire.

To sum up, as a careful observer of modern Turkish history and domestic politics, Christine Philliou skillfully addresses the emergence and transformation of the muhalefet concept in the late Ottoman and early republican decades. Enriched with Refik Halid Karay’s relevant writings, Phillou’s research takes readers on a well-designed journey from the 1880s to the 1960s through an objective, socio-cultural prism. A Past Against History is recommended for readers and researchers on late Ottoman and early republican era politics and cultural studies. 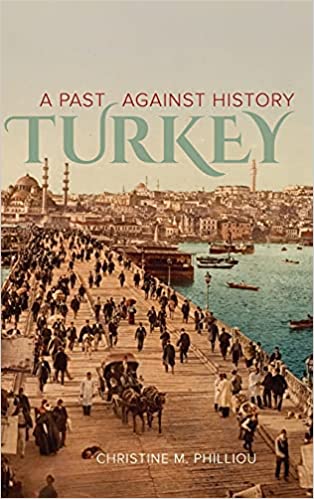