For Kösebalaban, an understanding of TFP requires a careful analysis of the burning issues in Turkey’s domestic politics as well as the changing international structure (pp.xiv). To support his point, the author makes a number of original observations; one of which is using İdris Küçükömer’s classical right-left description and the classification of political identities in Turkish politics. According to Kösebalaban, the four ideological perspectives, namely secularist nationalism (Kemalism), Islamic nationalism, secularist liberalism, and Islamic liberalism, have been the major agents in shaping foreign policy in recent Turkish history. The author argues that the sources of foreign policy decisions are generally rooted in the ideational battle among domestic political identity groups. He frames foreign policy from a perspective that includes ideational variables and the politics of identity in the broader context. Each of the above-citedid eological perspectives has a unique foreign policy position competing and conflicting with the others, as each group held specific foreign policy positions during their respective tenure in government, including the Kemalist single party regime, the Democrat Party rule between

The book surveys TFP from the late Ottoman period to the beginning of the twenty-first century in seven chapters. Chapter I consists of a theoretical outline for the study, applying the conceptual tools of the constructivist approach to domestic politics for the purpose of exploring foreign policy perspectives of social identity groups.

Chapter 2 explores the historical sources of Turkish identity groups. In it, the author argues that during the period of Ottoman decline, three basic formulas for a solutionemerged: “Ottoman liberalism,” Islamism, and Turkish nationalism. The author claims that the ideological positions of these identities also influenced the Republican era. Chapter 3 studies the foreign policy challenges faced by secularist nationalists under the one-party rule of the CHP, with a focus on how international and domestic contexts such as Italian and Russian expansionist desires and Kurdish and Alevi revolts shaped foreign policy decisions.

Chapter 4 analyzes the period of Turkey’s first elected government by the Democrat Party, namely the rule of the “secularist liberals,” whose liberal government pursued a dynamic and assertive strategy for establishing the alliance with the West and enhancing Turkey’s sphere of influence in the region. In domestic politics it also aimed at modernization by transforming Turkey’s socioeconomic face.

In Chapter 5, the author examines the 1960s and 1970s, when Turkey witnessed three military interventions that effectively restored TFP back to its traditional, singular pro-American orientation like it was during the Democrat Party term. During this time, three identity groups, secularist nationalist, Islamic nationalist and secularist liberals, all contributed to the making of TFP.

Chapter 6 explores the foreign policy of the post-1980 period, which carried out Turgut Özal’s “secularist liberal” and multi dimensional vision. According to Özal, Turkey’s statist/authoritarian foreign policy was not prepared to face the challenges posed by the approaching post–Cold War international system. Turkish elites struggled to redefine their identity that would fit the material structural changes in the post– Cold War system. Like the 1960-70 period, three identity groups continued to shape the TFP. Political leaders developed four different strategic responses to the post– Cold War system. First, Özal’s secular liberalism aimed to pursue a Western-friendly leadership role in the new geo-cultural sphere of influence from the Adriatic to the Great Wall of China. Second, the military and some secular politicians (or secular nationalists) pursued a regional security rolein close partnership with Israel. Third, “Islamic nationalist” Necmettin Erbakan attempted to present Turkey as the leader of the Islamic world; and finally “secularist liberal” İsmail Cem pursued a pro-European diplomacy and articulateda new role for Turkey as a bridge between Europe and the Islamic world. This chapter also focuses on both the domestic and international politics of the Islamic nationalist–secularist nationalist conflict between 1995 and 2002, exploring how foreign policy was both influenced by and utilized as a tool for domestic identity conflicts.

The last chapter discusses a new approach, “Islamic liberalism,” which is distinct from these four post-Cold war responses. It has redefined Turkish foreign policy, by focusing on the “strategic depth” doctrine developed and implemented by Ahmet Davutoğlu during the AKP period. In discussing its various dimensions including the relations with the West, the Middle East, and Russia, this chapter tries to situate Turkish foreign policy during this period within the contexts of the domestic identity debates and globalization.

Kösebalaban’s book is an important contribution to the growing literature on Turkish foreign policy (TFP) in the postCold War era. Intellectuals, scholars, and graduate students will find it useful. But it is not really intended for undergraduate students in international relations. It is a detailed narrative, which requires exhaustive knowledge and familiarity with modern Turkish history and TFP. In addition, the analysis clearly shows how various ideological groups have shaped comprehensively TFP since the late Ottoman era.One of the chief mainstrengths of this book is its clear focus on the relationship between TFP and identity, domestic power politics, and ideological struggles. The value of this approach lies in the scarcity of studies that have undertaken an analysis of TFP from this much-needed interactive perspective. Related to its interactive character, the book also fills an important gap in the literature by paying attention to the interplay of historical and ideational factors in the process of making TFP. Another important virtue of the book is that the author uses tables effectively throughout it. For all these reasons, Kösebalaban’s work is one of the most refreshing and complete studies undertaken to date by placing TFP at the intersection of historical and ideological forces. 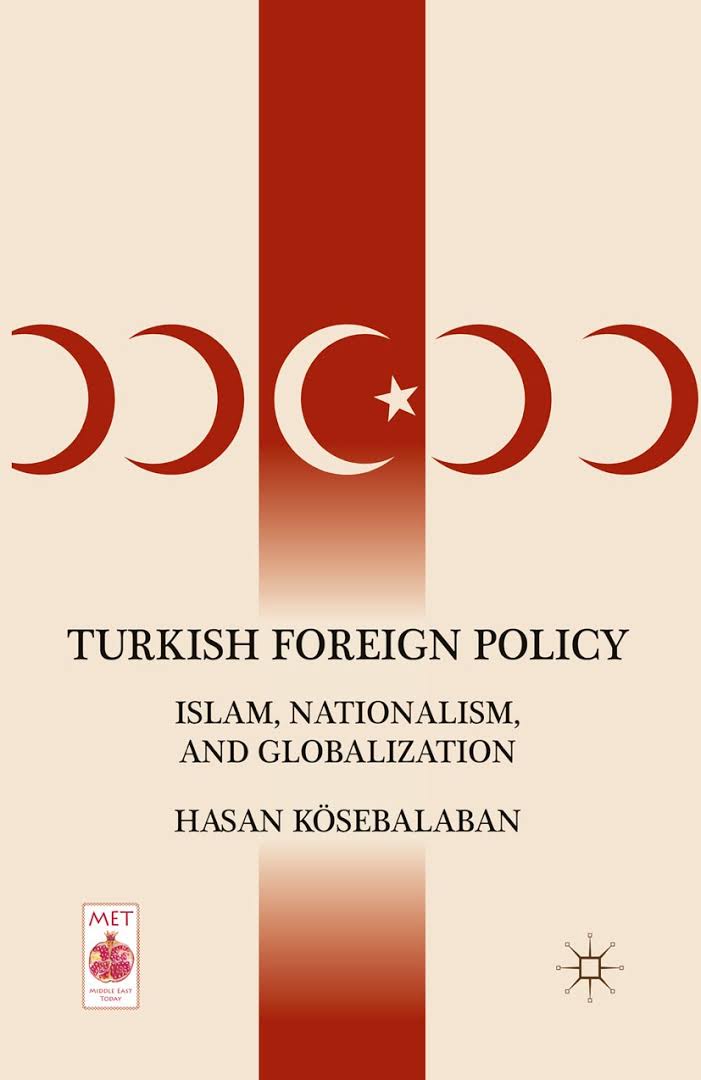