Most evaluations of Turkish foreign policy offer a realist perspective by grounding analysis in global historical trends and interstate relations, rather than intrastate actors. This book’s originality, then, lies in its sophisticated ability to recognize the effects of decision-makers and internal processes on Turkish foreign policy throughout history. As Balcı stresses, “the basic assumption of this study is foreign policy as an extension of internal power relationships, clashes, and identity conflicts” (p. 20). Balcı remains faithful to this outlook throughout the text, evaluating each era’s leaders and their decisions through the lens of Turkey’s internal policy-making process.

Balcı’s assumption that internal actors and government institutions determine foreign policy comes to fore in the first chapter, which examines Turkish foreign policy under Mustafa Kemal Atatürk. The chapter highlights how the newly-formed Turkish Republic’s Kemalist paradigm—which sought to purge Turkish society of Islamic and Kurdish domestic influence in favor of Western institutions and practices—ushered in a Western-oriented foreign policy mindset. Balcı shows how the Takrir-i Sükun (Law on the Maintenance of Order), which aimed to quash any domestic opposition, ensured that foreign policy-making was left to the complete discretion of Mustafa Kemal and his close circle.

As Turkey sought to continue its Western mindset and nation-building process, while stay out of World War II, the foreign policy concept of “active non-alignment” (p. 55) emerged. Balcı stresses that under İsmet İnönü, Turkey continued its Western orientation on domestic and foreign policy fronts. Given Turkey’s flawed judicial and political system, policy-making power lied almost exclusively with İnönü. Balcı astutely suggests that Atatürk and İnönü were, in a way, sanctified, and therefore works of the period rarely criticized their policies. This situation changed after 1945, when leftist journalists began suggesting that Turkey had become an American outpost in the Near-East (p. 60). Indeed, this “Turkey as a U.S. satellite” critique remains salient today.

Balcı’s third chapter argues that Prime Minister Adnan Menderes’s government solidified Turkey’s Western-oriented foreign policy by prioritizing constant and continuous economic development through external support sources (p. 80). During the Cold War period, Ankara aligned its Middle East policies with the U.S. to act against the USSR threat. Thus, in the middle of Ankara’s efforts to reach out to its neighbors, Balcı shows why Turkey appeared to Middle Eastern countries as a tool of the West within a Cold War context (p. 95).

The military influenced Turkish foreign policy for a long time after Turkey’s 1960 military coup. In chapter four Balcı shows how this influence came about using two outcomes from the Constitution of 1961: first, the foundation of the National Security Council and The Senate of the Republic; and second, the vox populi (voice of the people) stepping in as a result of a more liberal environment (p. 111). In this era, which Balcı consistently characterizes as one of military domination, Turkey’s U.S.-centric policies received further criticism, and Turkey began considering self-interest in its relations with the USSR and Middle Eastern countries. Like today, discourse of a “shift” in Turkish foreign policy existed during this era. Nevertheless, Balcı stresses that Turkey’s new, more versatile policy did not necessitate disengagement from the U.S. or NATO.

By exhibiting how internal dynamics and struggles for power have affected Turkish foreign policy, Balcı reveals how Turkey has been limited by its own polarity. His examination suggests that major actors in Turkish domestic policy have also determined Turkey’s foreign engagements and partners. Readers can better understand, then, the context in which Turkey cited “anti-secularism” as its reason for opting out during the foundation of the Organization of Islamic Cooperation (OIC)—despite the fact that the OIC’s current president is a Turkish diplomat (p. 129).

Balcı’s historical investigation provides clarity for the current political debates in Turkey. Readers see how the question “Is Turkey shifting away from the West?” has in fact been raised in almost every Turkish foreign policy period. The fifth chapter shows the prevalence of this question especially under Prime Minister Bülent Ecevit and the National Front-era foreign policy. Despite perceptions, foreign policy-makers at the time recognized that pursuing close relations with countries in the Middle East must come at the expense of ties with the West.

According to Balcı, the 1980s (Chapter 6) marked the beginning of neo-liberalism in Turkey. Prime Minister Turgut Özal’s economic liberalism shaped Turkey’s relations with the Middle East as part of a multidimensional foreign policy. At the same time, the military, with its security-based perspective, also retained its foreign policy influence. Balcı exposes how this economy-security divergence manifested itself in Turkey’s policy towards Cyprus. While the military viewed Cyprus as a “national issue,” Özal perceived Cyprus as a potential hindrance in relationships with the EU and the U.S (p.162).

The Cyprus issue once again highlights one of Balcı’s tactful main points: that Turkish foreign policy is tied largely to internal political struggles and different groups vying for power. Under Özal, Turkey abandoned the simplistic yet highly influential Kemalist ideology that saw complete engagement with the West as the only path forward. Özal’s foreign policy preferences were shaped by his understanding of neo-Ottomanism, which favors civilizational boundaries over the nation-state paradigm. While Kemalism called for the purging of Islamism and conservatism in Turkey, Özal’s neo-Ottoman understanding recognized that the legacy of the Ottoman Empire could exist in tandem with Western influences in Turkish foreign policy (p. 185).

The 10th and final chapter of the book focuses on the AK Party period and outlines Turkish foreign policy between 2000 and 2011. The chapter suggests that under Davutoğlu’s philosophy and holistic view of foreign policy, Özal era preferences were realized and Turkey once again pursued economic liberalism. Balcı identifies the AK Party period as a new one, in which decisions based on economy and interdependence impacted long-held political ties. Turkey’s pre-Arab Spring relationship with Syria highlights such a strategy.

Before the Arab Spring, the AK Party government, following a pluralist mindset, sought good relations with its neighbors regardless of the government’s level of democracy. The military’s loss of influence made room for NGOs, think tanks, and universities to have more say in their country’s foreign policy, leading to new and innovative ideas in the policy-making process. Yet after 2010, Turkey began qualifying its foreign ties with the belief that, in Balcı’s words, “only politically-legitimate governments which respect freedom can provide peace and stability” (p. 286).

Overall, Turkish Foreign Policy: Principles, Actors, Practices is just as informative as a textbook and represents a unique contribution to Turkish political literature. It provides a sophisticated perspective of Turkish foreign policy throughout history, beginning with the military and Kemalism’s monopoly over the policy-making process. Balcı shows how as this approach has lost influence in the last decade—allowing for Turkey’s Islamist and conservative elements to gain power—the country has become more influential in the global arena. Through his analysis of Turkey’s internal power struggles, Balcı demonstrates how Turkey’s capacities and limits have led it to become a strategic middle power.

While the book highlights foreign policy criticisms from various internal power groups, it does not delve into the reasons for these criticisms. For example, Turkey’s worsened reputation in the Middle East stemmed from foreign policy-makers’ failure to act quickly and decisively to the Arab Spring. Still, Balcı’s insights display how actor-based analysis can enhance the new field of foreign policy studies. The book is an ideal place to start for comparing Turkey’s foreign policy periods. It judicially presents an array of perspectives for those who wish to conduct deeper academic research surrounding foreign policy. 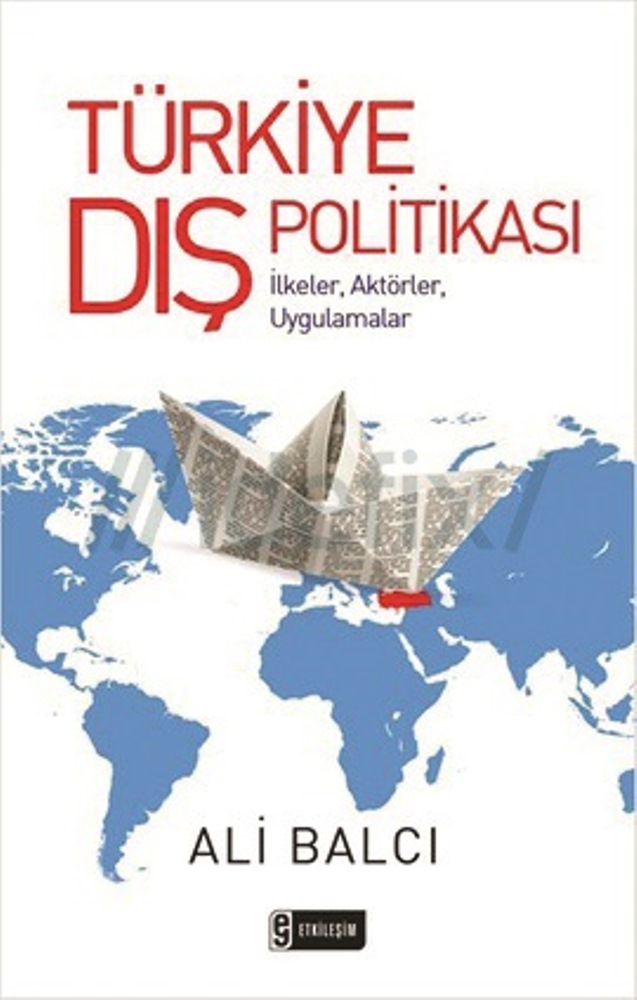