Although the book promises an exciting contribution to the literature on Turkish-Russian relations, it remains inadequate in fulfilling its aims due to the chapters’ brevity, the shallowness of the analyses, and the general lack of academic rigor. Although it aims to present “the most popular areas of cooperation of Turkish-Russian relations” (p. 88), some chapters, such as chapter 8, fail to do so altogether. The lacuna that the book promises to fill, which is the need to focus on mostly ignored dimensions of relations between Russia and Türkiye, would have attracted many scholars in different fields if the content had been handled neatly. Instead, Turkish-Russian Relations: Prospects and Challenges constitutes a missed opportunity to make a meaningful contribution to the literature on this topic.

Turkish-Russian relations have a long history with complex dimensions attracting scholarly investigations from various disciplines. Indeed, the relations between the two countries require multidisciplinary academic endeavors to fully grasp their complicated character. Studying this complex relationship in a multidisciplinary way can potentially help unearth underrealized cooperative spaces that might diminish confrontational areas in their relationship. Turkish-Russian Relations: Prospects and Challenges, edited by Natalya Ketenci and Gökçe Bayındır Goularas, promises such a payoff by bringing together contributors from multidisciplinary backgrounds. Moreover, the book appears timely, as many readers are currently interested in better understanding Turkish-Russian relations. The book aims to analyze these relations from different perspectives to better comprehend their potentially cooperative aspect.

Turkish-Russian Relations consists of eight chapters and is thematically divided into two parts. In the first, the geopolitical aspects of Turkish-Russian relations come under study, while the second deals with economic aspects. In the first chapter, Deniz Tansi evaluates bilateral relations between Russia and Türkiye in the context of the Middle East after the Cold War. After presenting the key events in the relations, the chapter concludes that relations between two countries have a multilateral character, as they involve multiple states and various regional relations. However, the general superficiality of the chapter leaves certain foreign policy events unanalyzed, such as the S-400 crisis and the Syrian civil war. As an additional weakness of the chapter, this superficiality is accompanied by some semantic confusions within the text, such as in the question “Why Turkish-U.S. alliance began with the Middle East, was Truman’s speech significant in history?” [sic] (p. 6).

In the second chapter, Natalya Ketenci questions the importance of nuclear energy for Türkiye and investigates how Türkiye might benefit from the Russian experience in nuclear energy. Despite the disadvantages of nuclear energy, such as nuclear waste and accidents like Chornobyl, the chapter argues that it is the most appropriate alternative for producing electricity in Türkiye due to its sustainability and ecological friendliness. After concluding that Türkiye may benefit from Russia’s experience in developing nuclear energy, the chapter explores the agreement that led to the building of the Akkuyu nuclear power plant, which includes the exchange of personnel between the two countries, as an important step. However, the question of how Russia has dealt with the disadvantages of developing nuclear power is left unanalyzed.

Evaluating the relations between the two countries during the first years of the Cold War in the third chapter Melih Görgün and Hakan Sezgin Erkan divide Turkish-Russian relations into three historical periods. Starting with the 17th century and lasting until 1917, the first period is characterized by hostile relations and wars, while the era between 1917-1945 was relatively friendly. According to the authors of this chapter, what makes the third period of the relations (1945-1952) a turning point is the return to hostility; this argument is substantiated by realist concepts of power and the Soviet Union’s desire for maximum power. This third era, the chapter highlights, started with the termination of the Treaty of Friendship, which eventually led Türkiye to the Western alliance.

In the fourth chapter, Çağrı Levent Uslu divides relations between Russia and Türkiye into just two eras: geopolitical competition and economic cooperation. The geopolitical competition era corresponds to the pre-Cold War period, with the exception of the period of Türkiye’s War of Independence, while economic cooperation characterizes the postCold War era. After defining the general character of the relations as competitive, the chapter questions the potential and limits of economic relations for the two states’ regional power status. The main conclusion of this chapter is that all the ups and downs in the relations limit the potential of economic cooperation, especially in the two countries trade relations. Methodologically, the chapter depends on the gravity model of international trade to estimate the potential trade volume between the two states. Then, instead of applying the model to the Turkish-Russian trade volume data, the chapter tries to predict potential trade by looking at previous calculations made by the model, which is not satisfactory in terms of the validity of the analysis.

In the fifth chapter Ayşe Sevencan aims to analyze the dynamics of bilateral trade between Russia and Türkiye after the Cold War. After evaluating the trade volume in goods and services separately, the chapter concludes that geopolitical proximity is an important advantage for economic relations and sees the construction industry as an area of common cooperation in trade for both states. In the sixth chapter, Nihan Kocaman and Işıl Zeynep Turkan İpek ask, unclearly, “How the Turkish press media frame Turkish-Russian relations after between 2015 and 2018? [sic]” (p. 48). The chapter aims to conduct a content analysis of four Turkish newspapers by focusing solely on these newspapers’ headlines and front pages. By looking at certain key foreign policy events, the chapter concludes that the pro-government media only releases news that can positively affect relations. However, just as in the fourth chapter, this chapter is not immune from methodological criticisms, especially in terms of conducting the content analysis method.

In the seventh chapter, Ayşe Betül Nuhoğlu and Gökçe Bayındır Goularas present an overview of the migration flows between the two states through a historical approach. Arguing that the main cause of migration flows between the two states is political crises and wars, the chapter highlights these flows’ bidirectional character and predicts that upcoming flows are possible.

In the last chapter, Alper Altınanahtar aims to analyze and compare the suicide rates of Turkish and Russian citizens. For the author of this chapter, low suicide rates in Türkiye are attributable to Türkiye’s strong family ties and religious beliefs. In contrast, the factors behind Russia’s high suicide rates are heavy alcohol consumption, asocial behaviors, and “societal modernization” (p. 79). However, the process of societal modernization and its correlations with suicide among Russian citizens are left unexplained. In conclusion, the chapter posits that the Muslim faith is a factor that diminishes suicidal attempts compared to Christianity (p. 80). Although the stated aim of the study highlighted in the chapter is to determine the factors behind the two countries’ suicide rates, it pays little attention to this aim and fails to deeply investigate it.

In conclusion, although the book promises an exciting contribution to the literature on Turkish-Russian relations, it remains inadequate in fulfilling its aims due to the chapters’ brevity, the shallowness of the analyses, and the general lack of academic rigor. Although it aims to present “the most popular areas of cooperation of Turkish-Russian relations” (p. 88), some chapters, such as chapter 8, fail to do so altogether. The lacuna that the book promises to fill, which is the need to focus on mostly ignored dimensions of relations between Russia and Türkiye, would have attracted many scholars in different fields if the content had been handled neatly. Instead, Turkish-Russian Relations: Prospects and Challenges constitutes a missed opportunity to make a meaningful contribution to the literature on this topic. 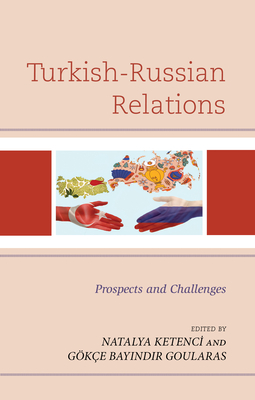 The Intersection of Grand Strategies in Turkey-Russia Relations: Reflections of Smart Alignment and Flexible Competition in the International Arena