The Silk Road between a Rock and a Hard Place: Russian and Chinese Competition for Central Asia’s Energy

China’s displacement of Russian economic influence in Central Asia is generating great interest in Western academic and policy circles, but this research has, as yet, yielded few analytical nuances. This article attempts to shed light on the under-researched question of what explains Central Asian governments’ failure to more effectively capitalize on the growing Central Asian rivalry between Russia, China, the United States, Turkey, Iran, South Korea, Japan, and other regional powers that, since the early 1990s, has been overwhelmingly directed towards strategic energy considerations and hydrocarbon interests. 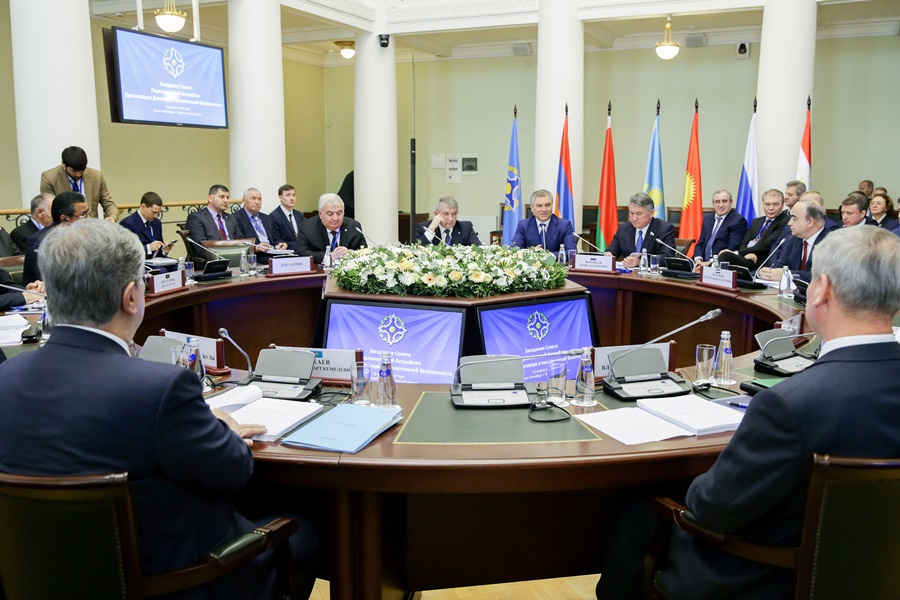 For centuries, from the first Tsarist-era conquests in the 18th century and through 70 years of Soviet dominance in the 20th century, Russia ruled the massive but thinly populated region of Central Asia. Central Asia is composed of arid steppes and mountains running from Siberia in the north, to the Pamir and Karakoram Mountains in the south and the Caspian Sea in the west. This massive area was generally known as Turkestan until the Soviet Union began to create smaller composite republics composed loosely along linguistic lines. Five republics were founded under the Soviet principle of economic collectivization, centralized political institutions and the Russian language as a lingua franca. Central Asia’s abundant resources –including oil, natural gas, minerals andcotton– went toward sustaining the Soviet economic machine, and road, railway, and pipeline networks linked the region to Russia.1

After the breakup of the Soviet Union, Central Asia’s mineral riches and strategic proximity to Afghanistan and Iran prompted Russia, the former imperial overlord, to maintain close ties there. Energy exports from Central Asia were highly vulnerable to Russian pressure, with the Russian energy giant Gazprom controlling the only pipeline, built in the Soviet era, to transport natural gas from Central Asia to foreign markets. Until recently, Gazprom had been purchasing natural gas from Central Asia at between $70 and $150 per 1,000 cubic meters and then reselling it –either in the Russian domestic market at heavily subsidized prices, or in Europe and elsewhere for hefty dividends. Dependent on Soviet-era transit pipelines, Kazakhstan, Turkmenistan and Uzbekistan were forced to submit to the former imperial overlord’s price markdowns. It was this domination that prompted all of the Central Asian governments to begin exploring what options China, the region’s new economic superpower, might be able to offer. China has made truly great strides in the last decade, precisely in the energy geopolitics of Central Asia. It has courted Central Asia with the promise of cheap loans, upgraded energy and transport infrastructure, and freedom from energy shortages and energy-related pollution. Russia’s history of heavy-handed threats to cut off supplies of oil and gas to its neighbors has made Beijing’s job all the easier. China is at present the region’s main source of foreign loans and the main market for its hydrocarbon exports. Gas pipelines are often arteries carrying geopolitical influence, and they increasingly head east to China.