Nye discusses the challenges for a future, moral foreign policy and specifies two global power shifts that will shape the context of American foreign policy in the 21st century: a horizontal shift-the rise or recovery of Asia, and a vertical shift–driven by technology. Nye’s contribution to the “rise of China” question invaluable.

The issue of morals and ethics constitutes a controversial debate in international politics. The question, “Do ethics play an important role in foreign policy?” is of critical importance to analyze moralism in the implementation of principals and state behaviors. In Do Morals Matter? Joseph S. Nye, Jr., one of the world’s leading scholars of international politics, presents a concise yet thought-provoking analysis of the role of moralism and ethics in foreign policy by appealing to the U.S. case in the aftermath of World War II’s (WWII) catastrophic end, which has become known as the so-called American era.

Nye focuses on the seven decades of U.S. foreign policy following WWII –describing this era as Pax Americana or Liberal International Order– and briefly touches upon the earlier years, particularly the inter-war period. But he warns readers that this volume is not a history book; rather, he uses historical material to construct the background of the use of morals and ethics in foreign policy.

In the introduction, Nye elaborates upon three significant concepts: American exceptionalism, Wilsonian liberalism, and the liberal international order after 1945. As the roots of American exceptionalism, he praises the liberal Enlightenment ideas of the founding fathers and the Puritan religious dynamics adopted by the masses. Nye credits President Wilson for his effort to combine American liberal values with emerging great power status (Wilsonian liberalism), and marks his 1917 decision to send two million Americans to fight in Europe as a very important turning point. Franklin Roosevelt and Harry Truman, who launched the liberal international order after 1945, were also strongly affected by Wilsonian ideals (c.f. the League of Nations and the United Nations). One of Nye’s main points in this part is the description of the Trump era (2016-2020) as the first break of the liberal international order since WWII; he draws a parallel between the circumstances of the 1920s and 1930s with the extraordinary Trump presidency. Nye accuses Trump of rejecting both the democratic interventionist and the international institutionalist dimensions of Wilson’s liberal legacy.

The second chapter focuses on explaining the concept and reasoning of “moral foreign policy.” Here, Nye develops three-dimensional moral reasoning according to which he prepares scorecards for the presidents in the following chapters. The chapter starts with an evaluation of ethics and morals within the International Relations theories of realism, cosmopolitanism, and liberalism and explains why the scorecards should be used to compare the presidents’ performances in foreign policy (pp. 35-42). Nye’s three dimensions and sub-concepts are as follows: (i) Intentions: Goals and Motives (moral vision, prudence); (ii) Means (use of force, liberal concerns); (iii) Consequences (fiduciary, cosmopolitan, educational).

The following six chapters (3, 4, 5, 6, 7, and 8) are dedicated to case studies of U.S. presidents and their foreign policy performances within the scorecard analysis based on the aforementioned three-dimensional model of moral reasoning. Chapter 3 examines the “Founders” of the liberal order–Roosevelt, Truman, and Eisenhower; Chapter 4 addresses the Vietnam era and focuses on Kennedy, Johnson, and Nixon; Chapter 5 focuses on post-Vietnam retrenchment with Gerald Ford and Jimmy Carter; Chapter 6 examines the end of the Cold War under the leadership of Regan and H. W. Bush; Chapter 7 addresses the unipolar moment with Clinton and George W. Bush; while Chapter 8 explores contemporary power shifts and the presidencies of Obama and Trump.

Nye applauds the ‘Founders’ (Roosevelt, Truman, Eisenhower) for their creation of a framework that led to a better world for many, both in and outside of the U.S.; and for their understanding that hard and soft power can reinforce each other. However, none of the Vietnam-era presidents (Kennedy, Johnson, Nixon) gets as good grades as the ‘founders’ of Professor Nye. Surprisingly, the post-Vietnam era presidents (Ford and Carter) are depicted as men of good character who receive good grades on the ethics of their foreign policies, although many people judge the 1970s as a weak period in foreign policy.

Nye describes Reagan and Bush, the U.S. presidents ending the Cold War, as both lucky and skillful in accelerating the Soviet decline, while highlighting the significance of the perestroika and glasnost policies of Gorbachev, who replaced the more conservative KGB (Komitet Gosudarstvennoy Bezopasnosti - Committee For State Security) chief Andropov in 1985 as the new Soviet leader (p. 119). On the other hand, the author finds Clinton more successful than his successor Bush in terms of his ethical scorecard as the presidents of the unipolar moment. Similarly, during the 21st century’s power shifts, Obama is much more successful than his Republican successor Trump in terms of the ethical scorecard table. Nye categorizes the negative aspects of the Trump era that shifted the long-term liberal international order as questioning alliances, attacking multilateral institutions, withdrawing from Obama’s trade and climate agreements, becoming involved in a trade war with China, and refocusing American policy in the Middle East on Saudi Arabia and Iran.

The last chapter, “Foreign Policy and Future Choices,” is the longest and most future-oriented part of the book, and clearly reflects the wisdom and vision of Joseph Nye as an inspiring scholar. Nye starts with Kissinger’s well-known assessment, “International order depends not only upon the balance of power but also on perceptions of legitimacy,” and adds his own argument: “Legitimacy, of course, depends on values” (p. 181). Then, with reference to America’s deep-rooted moral traditions, Nye summarizes the post-1945 U.S. foreign policy period by emphasizing the central argument of his book: Morals do matter. Nye discusses the challenges for a future, moral foreign policy and specifies two global power shifts that will shape the context of American foreign policy in the 21st century: a horizontal shift-the rise or recovery of Asia, and a vertical shift–driven by technology. Nye’s contribution to the “rise of China” question invaluable.

To sum up, as the developer of the soft and smart power concepts, Nye’s book presents a sound assessment of the role of morals and ethics in international politics within the context of U.S. foreign policy since 1945. However, the scope of the research (focusing solely on the U.S. case in the post-WWII era) limits the applicability of the consequences on a global scale. On the other hand, Nye suggests measurable modeling for evaluating the moral foreign policy. Within these advantages and limits, this book is highly recommended for IR readers and scholars as well as policymakers and strategists. 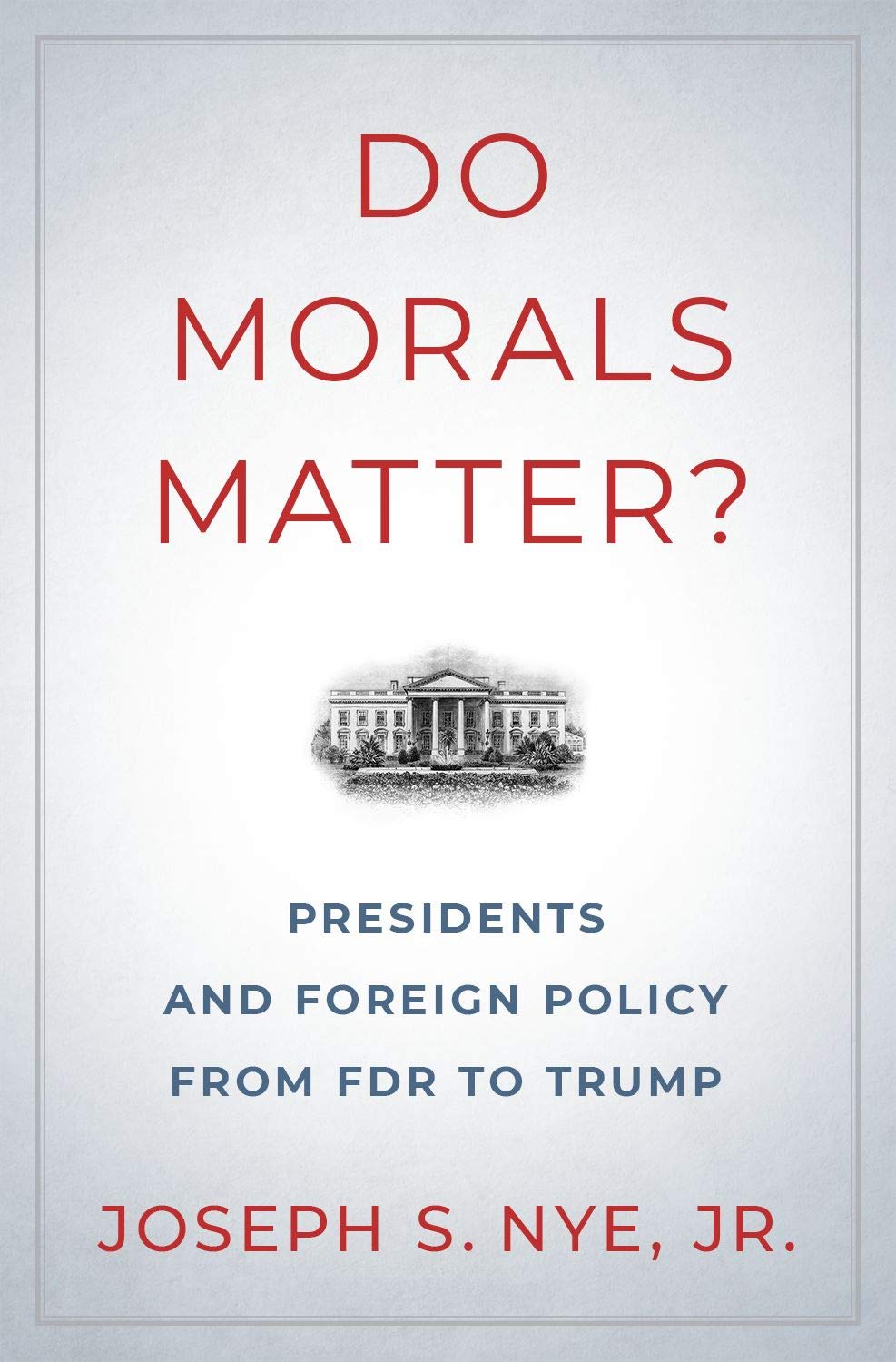