Democracy, Islam, and Secularism in Turkey

Democracy, Islam and Secularism in Turkey, edited by Ahmet Kuru and Alfred Stepan, decribes the so-called “Turkish model” in detail, while trying to avoid unfounded criticism. The book is divided into eight chapters, written mainly by Turkish authors, with the exception of Karen Barney, Stathis Kalyvas, Alfred Stepan and Joost Lagendijk.

Democracy, Islam and Secularism in Turkey, edited by Ahmet Kuru and Alfred Stepan, decribes the so-called “Turkish model” in detail, while trying to avoid unfounded criticism. The book is divided into eight chapters, written mainly by Turkish authors, with the exception of Karen Barney, Stathis Kalyvas, Alfred Stepan and Joost Lagendijk.

In the first chapter, entitled “Rethinking Ottoman Management of Diversity: What can we learn for Modern Turkey?” (p. 12), Karen Barkey explores three fundamental features of Ottomanism: the acceptance of diversity, a marked religious sense and the idea of millet as a form of government that accepts multiple confessions amongst several communities. Throughout the chapter, the reader gains a general view of how certain Ottoman ideas were maintained in the Turkish model:

[…] With the simultaneous division and integration of communities into the state, it became a normative as well as practical instrument of rule, one based on the notion of social boundaries between religious communities, regulating the transactions between categories. Moreover, the state as communities into organizational units arranged administered by intermediaries with a true stake in the maintenance of the status quo, it ensured that top-down and bottom-up interests in ethnic and religious peace were maintained (p. 22).

In the second chapter (p. 32), Sukru Hanioglu clarifies that Kemalism cannot be defined as a single ideology; instead, there are several versions of Kemalism from both the left and the right. The author states that Atatürk was not a scholar like Karl Marx and Vladimir Lenin because he did not produce political philosophy or social theory. Rather, Atatürk’s thinking can be summarized as pragmatic and even the Republican Party´s five arrows – republicanism, nationalism, étatism, laïcité and revolutionary character – are subject to interpretation.

In the third chapter, Ergun Ozbudun reflects on the pluralistic nature of the Turkish political system, arguing that the regime’s orginal founding philosophy was monolithic. However, with the passage of time, Turkey has built a pluralistic and consensual democracy. To illustrate this, the author reviews the results of the 2007 parliamentary elections and the 2009 local elections, both of which proved that pluralism had in fact increased (p. 87).

In the fourth chapter (p. 95), Ahmet Kuru and Alfred Stepan present an interesting comparison between secularism as an ideal in the cases of France, Turkey and Senegal. To do so, the authors outline the different forms of secularism, relying on a previously proposed classification. Stepan divides the cases into two regimes: the separationist model of the U.S., France and Turkey and the respect-all model of India, Indonesia and Senegal. Kuru’s classification, which categorizes regimes as assertive or passive, is also taken into account. In the first group, the state plays a central role in the division between public affairs and religion (France and Turkey); in the second, the state has a passive role in this separation, such as in the United States.

In Chapter 5, “A New Politics of Engagement: The Turkish Military, Society, and the AKP,” Ümit Cizre explores the transformation of the relationship between the military aparatus and society. The successive electorial victories of the the Justice and Development Party (AKP) has enabled the party to limit the military aparatus’ (Turkish Armed Forces) mission as the defense of the State, rather than the control of society.

While the era of military interventions may be in the past, clearly the old questions about the military’s role and prerogatives in politics and society are still valid – especially in a context like Turkey, where a democratically elected, Islam-sensitive government presents an unprecented challenge to the secular military. As the military institution struggles to defend its role in the political system, society becomes the battleground (p. 142).

In Chapter 6, “The Turkish Constitutional Court and Political Crisis,” Ergun Özbudun analyzes the work of the Constitutional Court and democratic consolidation in Turkey. Similar to the previous chapter, the author identifies a paradox in the Turkish political system. Despite six decades of multiparty elections, Özbudun argues that Turkey cannot yet be considered a consolidated democracy. Moreover, he claims that the current democratizaion process in Turkey is part of the Democratic Third Wave.

What is the cause of this problem? The author asserts, “The immediate blame for this failure may be put on the 1982 Constitution, the product of the military regime of 1980 to 1983… The military rulers of this period blamed the excessive (in their opinion) liberalism of the 1961 Constitution for the breakdown of law and order in the late 1970s (p. 149).”

The author also states that the Constitution gives the military powers that reflect the distrust and tension between the military and civilian politicians. However, the institutional context has been transformed by Turkey’s EU candidacy since 1999. This has altered the political composition because the division between Turkey’s left (secular) and right (Islamic) has given way to “conservative globalists” (pro -EU) versus “defensive nationalists” (anti -EU).

In Chapter 7 – “Turkey’s Accession to the European Union and the Role of the Justice and Development Party” – Joost Lagendijk discusses the evolution of the relationship between the AKP and EU authorities (p. 167). The author describes these links as unstable, as they began with a period of optimism but gradually weakened. Increasing opposition to EU membership and the concessions that are required for admission caused a delay in the reforms. In conclusion, the AKP’s policy towards the EU shows the search for a balance between the need to integrate Turkey into the international system and internal pressure to not concede on key issues.

Finally, in the last chapter, “The Turkish Model in the Matrix of Political Catholicism,” Stathis Kalyvas tries to answer the question of how idiosyncratic the Turkish model is. The author hypothesizes that this phenomenon is part of a global trend that could have clearly materialized in Europe in the 19th century. Kalyvas defines the Turkish model and compares it to the politics of Catholicism in Europe in the second half of the 19th century. The latter can be explained through five elements: “(1) mass mobilization, (2) an anti-system political discourse, (3) the combination of an appeal to religious sensibilities coupled with a political message of economic inclusion, (4) the modernization of religious practices, and (5) the ultimate moderation of Catholic parties and the democratization of the political institutions” (p.192). With these elements in mind, Kalyvas further suggests a comparison between the Catholic anti-system activism and the so-called New Turkish model.

In conclusion, the book informs former studies on Turkey and invites readers to evaluate the Turkish model, with a series of articles that offer different perspectives. 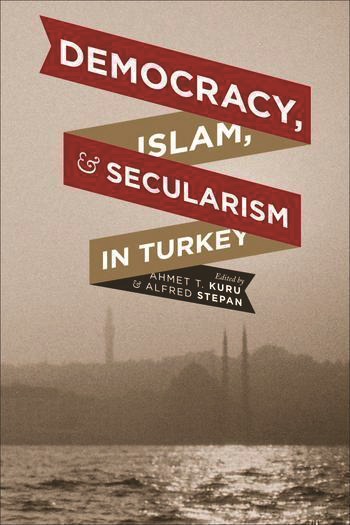