The third chapter, “Why They Fight,” deals with the ideology and goals of ISIS. It reveals the ideological contestations between ISIS and other local and foreign actors. Hashim points out that the actors with which ISIS was in conflict include the U.S., the Sunni groups who participated in the political processes, the Shias, and the Kurds. In this chapter, Hashim also examines the insurgency against the U.S. invasion and its failure. The insurgency consisted of five groups: Iraqis from the former regime, nationalists, tribal elements, various local Islamist fighters, and the transnational Islamist group Jama’at al-Tawhid wal-Jihad, which was the early version of what is known today as the Islamic State. Hashim states that the insurgency failed because there were competing visions, goals, and different ideas about the operational methods between these groups. This is an important argument in terms of explaining the rise of ISIS in 2013.

The fourth chapter, “From Network to Organization,” examines the structure of the Islamic State and its evolution from Jund al-Sham to its current form. Jund al-Sham, the first version of ISIS, evolved into Jama’at al-Tawhid wal-Jihad under the leadership of Abu Musab al-Zarqawi. Later, the group declared its allegiance to al-Qaeda and was renamed al-Qaeda in Iraq. After the death of their founder Zarqawi, the new leader of the organization renamed the group the Islamic State of Iraq. After the outbreak of the Syrian civil war it renamed itself the Islamic State of Iraq and the Levant. During that historical evolution, what is important to notice is that although many leaders of the organization were killed, it was not dissolved. This shows the institutional success of ISIS. The most striking part of this chapter is that Hashim shows the increasing cooperation between two ideological enemies, the Islamic States of Iraq and the Baathist groups. Their cooperation grew because of the increasing power of their common enemies, the Shia and Iran.

The fifth chapter, “Organizing to Fight,” provides information about the evolution and uniqueness of ISIS’ way of warfare. According to Hashim, the disagreements between ISIS and the Sunni community caused to decline of the group’s military capabilities, especially after 2008. When the Islamic State of Iraq started to increase its oppression over the Sunni community, Sunni tribes started the al-Sahwah movement against ISIS, drawing upon the support of the U.S. and the Iraqi government. This situation brought the decline of the military capabilities of ISIS in Iraq. However, after 2012, ISIS implemented a new and improved way of warfare by taking lessons from its previous mistakes. ISIS became capable of pursuing new tactics, producing existing weapon systems on an industrial scale and developing new weapons.

The sixth chapter, “Organizing to Build Caliphate 3.0,” focuses on the state-formation and nation-building enterprises of the Islamic State. According to Hashim, the Syrian civil war and the political exclusion of the Sunni groups in Iraq created an opportunity for ISIS to increase its capacity in Iraq and Syria. Hashim argues that the state-building and nation building efforts of the Islamic State failed as a result of the military campaign against it. Due to these failures, the Sunni groups’ early positive attitude toward ISIS disappeared.

One of the main important contribution of this book is that the demise of the Islamic State in 2017 is not the end of the story: ISIS may regenerate itself and emerge again in another form by learning from its mistakes. Moreover, the situation in Iraq still constitutes an important opportunity for organizations like ISIS to emerge and exploit the grievances of the people. It can be concluded from the book that the existence of potential popular support for these kinds of organizations must be eliminated through resolving the injustices and disorder in Iraq. Another significance of the book is its special focus on the key personalities of ISIS, and its construction of the story of the Islamic State through their speeches and statements.

The main criticism of the book would be that, as a contribution to academic research, it lacks theoretical consistency in explaining the emergence of the Islamic State in Iraq. The Caliphate at War provides so many details and so much information about the Islamic State, yet it does not offer an overall theory to explain the story of the Islamic State. The lack of an overall theory causes some serious problems in order to deal with bulk of information the book yields about ISIS. To give one example: on the one hand, Hashim states the vital role of the U.S. prisons, which enabled ISIS to spread its ideology and recruit more fighters; on the other hand, he claims that the U.S. withdrawal from Iraq caused the rise of ISIS. Even though one would argue that these contradicting arguments could be categorized under opportunity-based explanations, his explanations of the rise of the Islamic State by focusing on the grievances of Sunni groups complicates the situation much more. The reason is that grievance-based explanations are quite different from opportunity-based explanations in the literature in terms of having different causal mechanisms to explain the insurgency or the rise of radical organizations.

Moreover, while Hashim describes the injustice and disorder caused by the Iraqi government, he could benefit from the literature on post-war reconstruction in order to explain the rise of ISIS. Furthermore, another shortcoming of the book is that it has little to say about the foreign fighters participating in ISIS from western countries. Although Hashim touches upon the relations between foreign and local fighters, he does not specifically examine the role of western fighters and their networks, which were very important for the growth of ISIS.

The Caliphate at War is a comprehensive analysis of the ISIS from its beginnings to its current form. In addition to revealing the story of ISIS in detail, its examination of the relations between local and foreign actors involved in the conflicts after the U.S. invasion provides a better understanding of the sectarian conflict in Iraq. 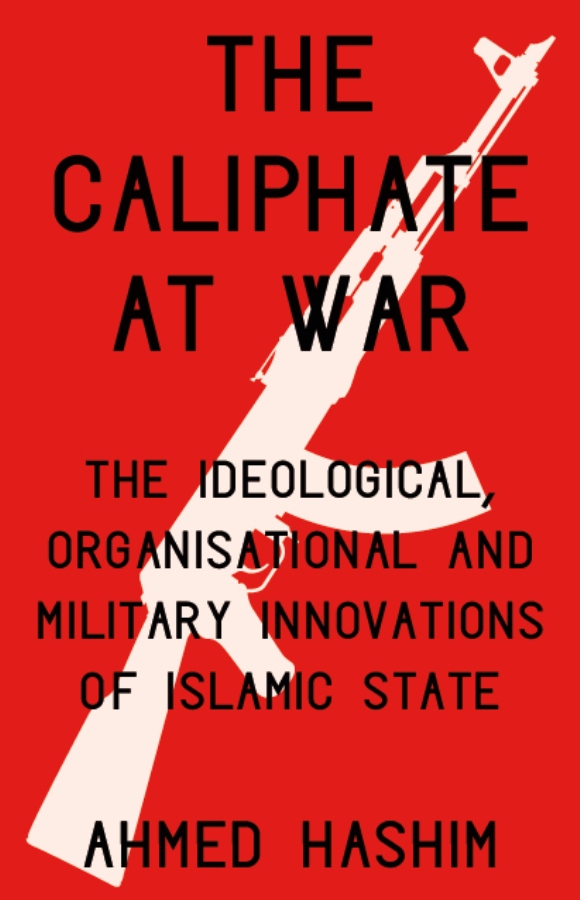