The Visual Politics of Wars

In The Visual Politics of Wars, the contributors explore the concepts of journalism and mass media in a post-truth world and argue for the importance of examining media trends and understanding the large impact of media on public perception.

In The Visual Politics of Wars, the contributors explore the concepts of journalism and mass media in a post-truth world and argue for the importance of examining media trends and understanding the large impact of media on public perception. In a post-truth world, the authors advocate scientific rigor when investigating news, as well as a dose of skepticism in accepting news footage as a factual description of reality. The contributors investigate journalistic issues connected to developing countries, as well as countries that experienced turmoil in regions of South Asia, the Middle East and Africa. In this pursuit, the authors dive into various political theories in order to explain the relationship between media and politics.

The authors split the book into four major themes: they explore the relationship between media outlets and foreign policy in various countries, and then analyze the media’s dependence on financial backers and its influence with particular segments of society. Additionally, the authors debate the challenges journalists face in conflict areas, and debate the ethics of unilateral journalism and embedded journalism. On a final note, the authors reflect on future technological developments in the field of journalism and ponder the question of artificial intelligence as a viable solution for journalism.

In the fifth, sixth and ninth chapters, the authors discuss the effect of foreign policy on media’s communication strategies. They argue that the latter is dependent on the former. In the first and fourth chapters, the authors examine the influence of mass media in India and Egypt and discover that the relationship between the media and its audience cannot be explained with reference to neo-liberal market factors alone. In the case of unprofitable media companies, the authors emphasize identifying the financial backers as well as understanding the objectives of each media company. In the third and seventh chapters, the authors argue against the use of embedded journalists, as they are susceptible to emotional attachment to the military unit they are dispatched to, as well as being subjected to censorship. The eighth chapter argues that computer algorithms have been used in journalistic practices, but have a limited capacity for making associations and drawing conclusions as human journalists do. One common idea present within all the chapters is the influence of journalistic work upon its target audience.

In the introductory chapter of The Visual Politics of Wars, ten chapters are mentioned by the editors. Oddly, however, the book has only nine chapters; the chapter written by Maria Teresa Nicolas, “Peace Journalism in Iberoamérica: Mexican and Spanish Newspaper Coverage of Conflict” being non-existent, other than being mentioned in the introductory chapter. A theme related to the countries of Mexico or Spain is not present in the book.

In the second chapter, the author analyzes the emotional impact of perceived war photographs shown to subjects. The selection of photographs is impressive, based on several factors which serve to differentiate one from the other. The photographs were selected from various regions of the world, although all the subjects are of German origin. For this reason, the validity of the study could be questioned, but it would be interesting to expand the research by selecting subjects from other countries and comparing the results between various nationalities.

One criticism of the volume involves the chapter on the influence of the media and power relations between society and the government in Egypt. The authors argue that Egyptian society has undergone a cultural shift in behavioral patterns since the Egyptian revolution in 2011, in comparison with the situation before the onset of the revolution. According to the authors, one of the keys factors for this societal change has been the influence of the media, with primary social networks being used as a tool for communication. The authors take into account the pre-revolution situation and time of the revolution in Egypt, but they fail to take into account the post-revolution situation in Egypt.

The last chapter examines the news reports about Boko Haram in Nigeria and argues that media frames are utilized in order to construct a narrative and put blame on particular actors involved in the conflict. It is the opinion of the authors that the conflict with Boko Haram is a Nigerian issue rather than a Western issue. While the Western media could construct a narrative which serves to accomplish an agenda, terrorism is an issue that concerns the international community.

Last but not least, the authors emphasize the importance of examining media narratives and media pictures in order to gain insight into the political aspect of a particular event. Furthermore, the authors investigate news reports in order to see whether the news can be misleading or truthful. The authors express a desire to see mass media less restricted by censorship and effectively be a factor of democratization.

Overall, the book offers a good introduction into the field of journalism and media studies and is an asset for any reader interested into gaining insights into the field. However, the book is limited only to media and communication studies, rather than conducting an in-depth analysis in the field of political science as it originally intended. 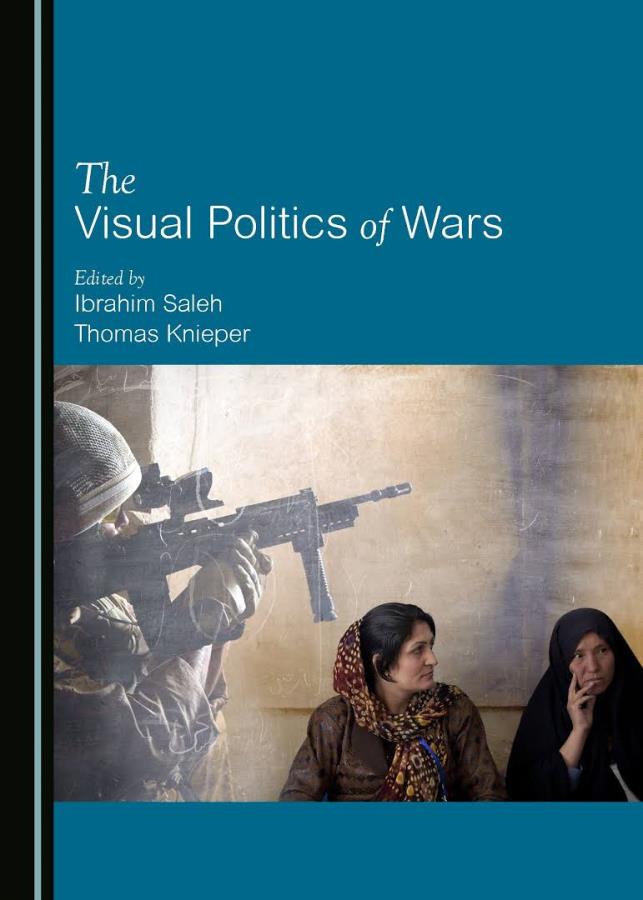