Call for Papers | Emerging Technological Trends in a Changing World: Where Does Turkey Stand?

Insight Turkey will be happy to receive scholarly papers focusing on the impact that several emerging technologies are having on Turkey and the world. The papers should provide a detailed analysis of the current and future impacts of the emerging technologies in the areas such as the economy, industry, health, education, warfare, politics, diplomacy, and most importantly the international system itself. 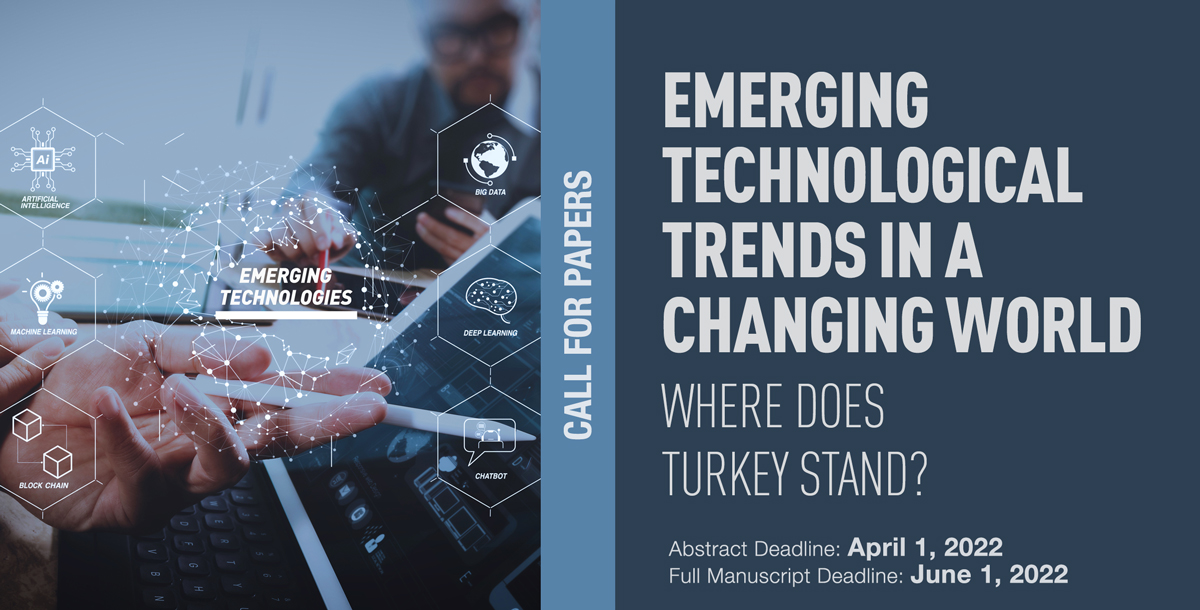 In the last years, we have been witnessing a silent but important revolution. Called also as the Fourth Industrial Revolution denotes the impact that several emerging technologies are having upon the world as we know it. Among others, Artificial Intelligence, Virtual/Augmented Reality,

Big Data, Blockchain, 5G, Internet of Things, 3D Printing, etc., are the emerging technologies that will play a vital role in the near future. While these technologies are still in their juvenile stages, it is obvious now that their impact will be seen in all the living areas, including here economy, industry, health, education, warfare, politics, diplomacy, and, most importantly the international system itself.

Turkey has taken very important and successful steps in this regard. To mention a few examples, Turkey has become one of the leading states in terms of unmanned aerial vehicles, it has manufactured high-tech medical devices, it has introduced its first domestically manufactured electric car TOGG, and by the end of 2021, Turkey launched its Turksat 5A communication satellite into orbit. All of these developments are done in accordance with several strategies set forth by Ankara, including here National Technology Move, Digital Türkiye, and National Artificial Intelligence Strategy.

In this special issue, we intend to provide a detailed analysis of the current and future impacts of the emerging technologies in the areas such as economy, industry, health, education, warfare, politics, diplomacy. At the same time, special attention will be given to Turkey’s policies and achievements in this regard. Article submissions could pertain to one or more of the following issues:

The editorial team will consider the pool of abstract submissions received by April 1, 2022, and select those they consider to be of the highest quality. Original articles for consideration would be around 5000-7000 words and should be submitted to the journal through e-mail to editor@insightturkey.com. The deadline for full-text submissions is June 1, 2022. The selected articles will undergo a peer-review process before publication.

Please see the contributor instructions on the journal’s website for further information.